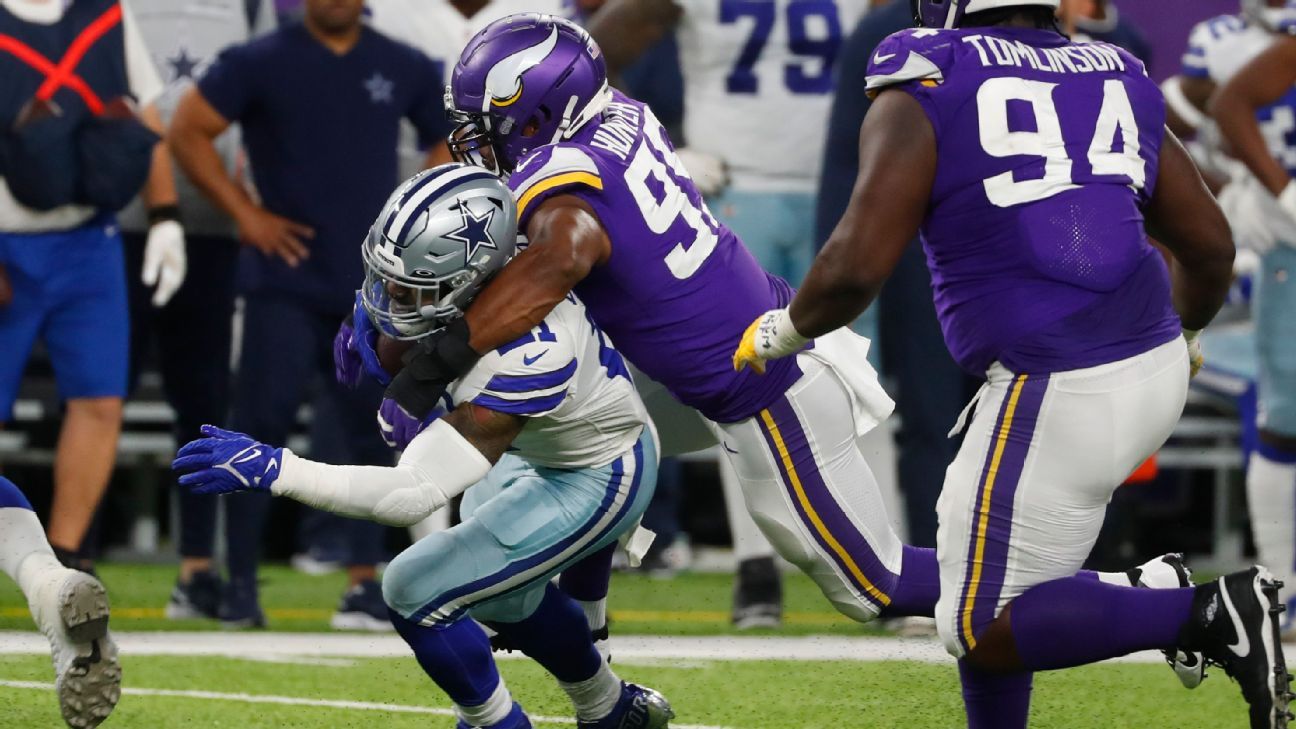 Kirk Cousins makes contact with Adam Thielen, as the Vikings leap ahead. (0:21).
MINNEAPOLIS -- Sources tell ESPN that the Minnesota Vikings are concerned about defensive end Danielle Hunter's pectoral muscle strain. This will make him miss the rest of the season.

Hunter suffered what was initially thought to be a shoulder injury during Minnesota's 20-16 defeat to the Dallas Cowboys. At the start of the third quarter, Hunter was downgraded to questionable and was not seen at the sidelines in the second half.

Two-time Pro Bowl defensive lineman had an MRI Monday morning to confirm his diagnosis at the stadium. He would be out of action for the remainder of the season due to a torn pectoral tear.

Hunter was sidelined for the 2020 season after suffering a neck injury. He had to undergo surgery last year.

Hunter, 27 years old, is tied for 10th place in the NFL with six tackles through seven games. He also played at least 83% in all six of Minnesota's games prior to its match with Dallas.
sourcedefensiveseasonquarterhuntertornsidelinemuscleminnesotasecondinjuryvikingsdaniellefearedpectoralminnesotas
2.2k Like