Lufthansa Group carrier Swiss will harness the power of the sun next year when it becomes the launch customer for a carbon-neutral solar fuel made by Switzerland-headquartered Synhelion.

The sun-to-liquid fuel is produced by using concentrated heat from the sun to convert a mixture of water and carbon dioxide into syngas through a two-step thermochemical process. Even when the sun doesn't shine, a thermal energy storage system ensures a continuous operation.

Synhelion says the process enables it to produce solar fuels at an unprecedented low price that is competitive with fossil fuels and more economic than other synthetic fuel technologies. It says its technology is easy to scale. With sustainable aviation fuel volumes still minuscule compared to the total amount of jet fuel consumed, this will be music to airlines.

Unlike hydrogen, which is a potential longer-term fix for aviation's carbon problem, solar fuels and other SAFs still release carbon dioxide into the atmosphere when they are burned. Synhelion emphasizes that when combusted, its fuel will only produce as much CO2 as it was used for. Unlike hydrogen, solar fuels can be blended with traditional kerosene and dropped into existing aircraft fuel tanks.

The world's first facility for the industrial production of solar fuel will be built in Julich, Germany later this year. It wants to have a commercial production capacity of 2 million liters a year by the year 2025. An additional facility is planned for Spain.

The fuel will be used by Swiss in 2023. The maximum blend allowed under current regulations is 50%, but the airline has not specified the ratio at which it will blend the solar fuel with Jet A-1. The airline's agreement with Synhelion is a strategic collaboration to bring its solar aviation fuel to market, and Swiss is actively committed to the development, market launch and scaling of the project, according to a spokesman for the airline. 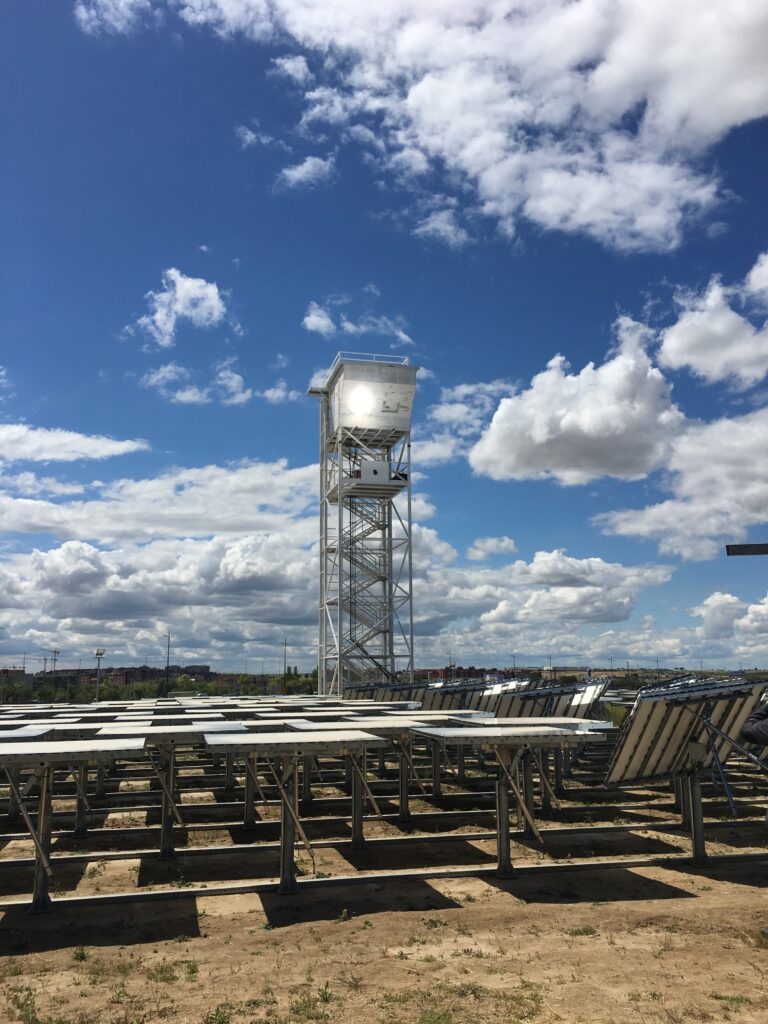 The image is called Synhelion.

Swiss will be the first airline in the world to fly with solar kerosene, and it was announced earlier this month. We are supporting Swiss innovation and are actively pursuing and promoting the development, the market introduction and the scaling-up of this highly promising technology for producing sustainable fuels.

Philipp Furler, co-founder and chief executive of Synhelion, says that the company believes in a globalized world connected by climate-friendly mobility.

More and more airlines are signing offtake agreements with producers using a variety of feedstocks and certified pathways.

The Paris Agreement goal for global warming not to exceed 1.5 degrees C was one of the reasons why the IATA approved a resolution for the global air transport industry to achieve net-zero carbon emissions by 2050.

In addition to an industry-wide commitment to reach net zero by 2050, airlines based in Europe face being forced by regulators to ensure that a proportion of the fuel they use is sustainable. The European Commission's draft ReFuelEU Aviation legislation states that aviation fuel provided at EU airports would need to contain 2% SAF by the year 2025. Synthetic aviation fuels, also known as e-kerosene, must be used for 0.7% of the blend from 2030.

The image is credited to Swiss.