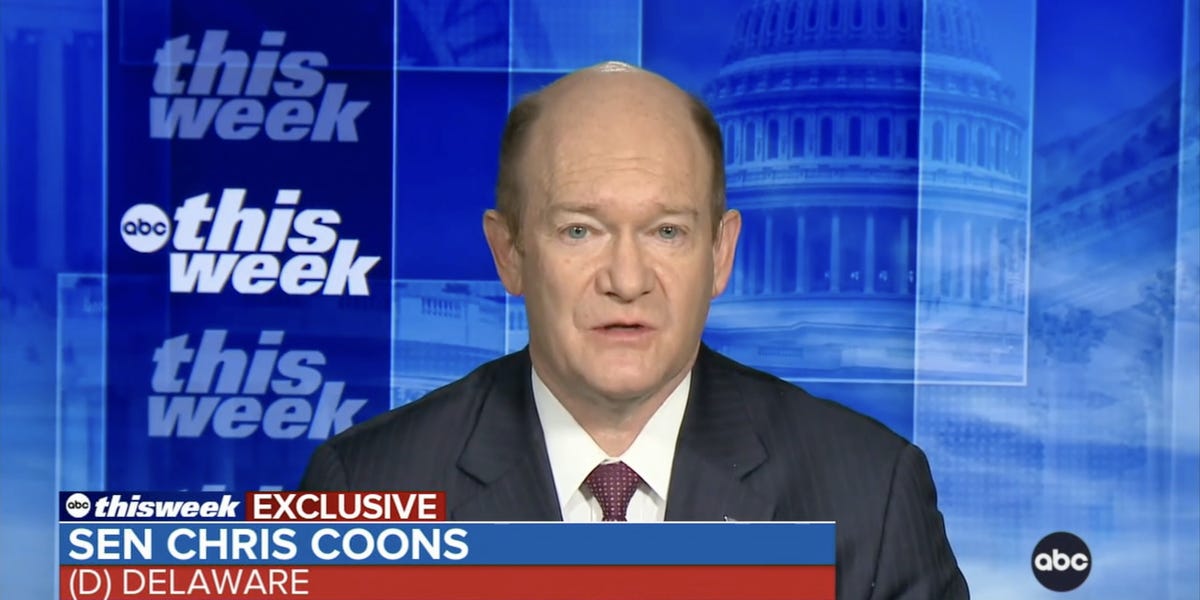 Chris Coons of Delaware is worried about voter suppression efforts.
Coons warned on ABC News' "This Week" on Sunday that "tricks and moves are being used at the local level to suppress the vote and to make it harder for working people, for seniors, for those who are medically vulnerable during a pandemic to vote."

Coons pointed to a new Texas voting law that has caused a huge spike in rejected Absentee Ballot applications, as well as laws in a dozen other states that are designed to accomplish voter suppression.

The major Democratic voting rights bill was unanimously voted down by Senate Republicans last week. Democrats called for change of the Senate's rules while Republicans resisted.

There are legitimate concerns about making sure there isn't widespread voter fraud. There isn't. "We've investigated it many times in the Congress." "This was an important fight for us to show that there is a difference between Democrats and Republicans and we need to keep working to make sure that every American can vote and vote safely and vote securely."

Coons said he has seen laws that make it harder to apply for mail-in ballots, that automatically remove people from voting rolls, and that reduce access to ballot drop boxes.
We made progress in making it easier for people to vote. Why would we roll that back in a dozen states when the epidemic isn't over? Coons asked. "Why would we be making it harder for people to vote?"