Every parent I know is worried about their child’s anxiety. Here’s what 25 years of teaching has shown me 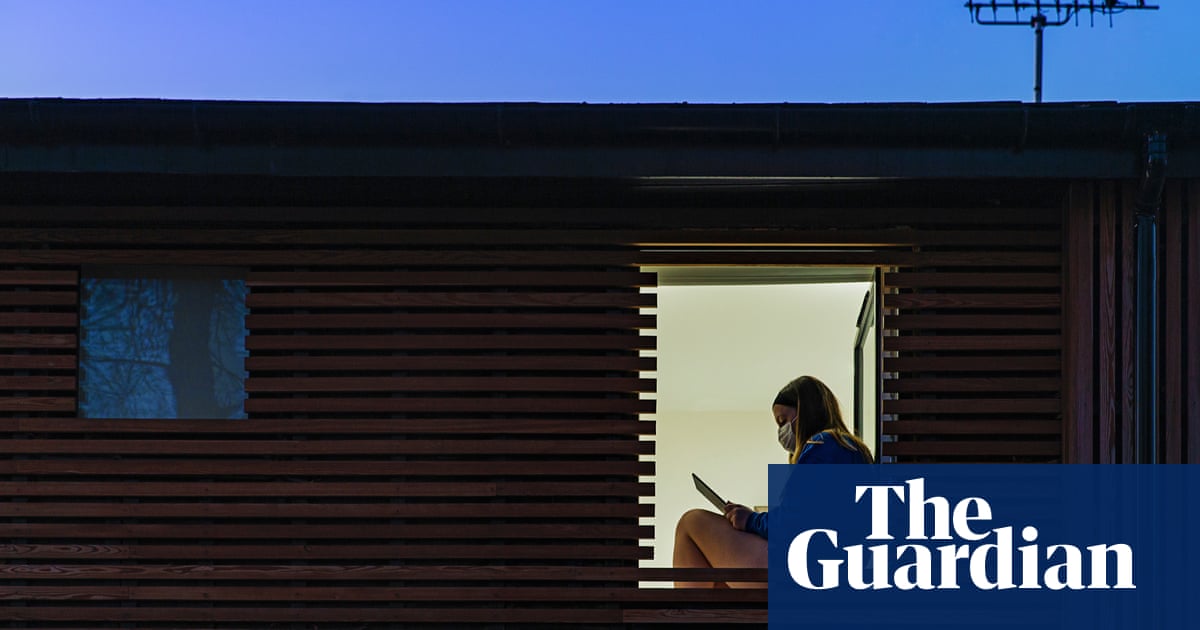 I have taught at Australian universities for 25 years. I started when I was 27. If you are interested in these things, you will see that patterns begin to emerge.

Every parent, every aunt or uncle, every grandparent, and in fact anyone who has anything to do with young people today is anxious about one thing: anxiety. It looks like it is on the rise. It is on the rise. I have more and more students with depression, obsessive compulsive disorder, some form of autism, borderline personality disorder, post-traumatic stress disorder, and what I am going to call Terror About The Future each semester. anxiety is caused by all of these conditions.

I started to notice it a few years ago. I remember talking to my fellow academics about it. There were increasing numbers of students who didn't attend class or didn't hand in an assignment. I had three assignments to hand in for a long time. I used to say to my students that they were at university. You should have been prepared. The excuse began to change. Having three assignments to hand in made me very stressed and freaked out. Then freaked out became a documentable condition. Students were showing me doctors' letters about their stress and anxiety. Doctors' letters would not name the problem, instead saying that their patients had a "condition" that made them "unable to study". We would have described these students as snowflakes if we had the expression back then. The situation reached its 90s apogee when the student's father contacted us to explain his daughter's behavior. We were not sure if we could believe it. Parents are intervening in their children's lives. Unthinkable.

A student can apply for an extension if they have problematic circumstances. Paul Miller/AAP

We were pretty angry about this. We compared our lives to those of our students. I had no idea what to expect when I started uni in the late 1980s. I was hungover and anxious too. I lived in a share house because I had a job. I had three assignments due at the same time, but not one of my tutors explained them to us. It was just, here is the incomprehensible question, now go and answer it. I was required to attend three classes, but only if I failed the subject.

The school had not changed. Two of my friends were killed in a car accident just six weeks before our exams, when I was in Year 12. We didn't have any counseling, no acknowledgement, and we had to attend two funerals in two days. I vividly remember walking through the playground on a nice day in the spring and being told by our vice principal that he wouldn't want to be dead on that day.

We did our exams, most of us didn't fail, some of us went on to uni and some didn't.

You might think that I would express outrage at the fact that my students are more medically documented than ever, more supported by counsellors and encounter groups and learning and teaching academics. A student can apply for an extension at all universities through a special consideration process. All students at all universities can have a Learning Access Plan, which is a document that allows them certain types of flexibility within a subject, including sometimes unlimited extensions, special exam conditions, access to extra tuition and so forth. You might think that I should be angry because most universities no longer have attendance requirements, which means that students can access enough material online to pass a subject without coming to a single class. You might think that I wouldn't approve of students asking for extensions because they have work, they feel sick or overwhelmed, and even that they have a concert to go to. As I write this, I can see that it is often the need to work on multiple things that makes my students stressed out. One assignment, one engagement. Their composure is quickly destroyed by any more.

I have two teenagers and a university student at home and have changed my attitude to this storm of disability because of my years of teaching. Every parent I know is worried about their child's anxiety levels, and they felt that way before the Pandemic, which of course is its own special subject. I have discussed the reasons for this with friends and colleagues, including fellow parents at my children's schools. A primary school teacher friend thinks the problem is caused by parent anxiety and Terror About The Future.

Once a child graduates to having a phone, they carry bad news in their pockets every day to remind them that the world is going to hell.

She was shattered by the demands of parents who were worried that their child was in some way falling behind, as you would expect from a friend who taught much of 2021. Not feeling included. The teacher should have spent more one-on-one time with her, tailored the lesson to her particular learning style, and encouraged her to participate in healthy relationships. All of these worries are present with or without a Pandemic. Children pick this up.

What about the future? My teacher friend and I agree that this is a very present fear for our children. When a child graduates to having a phone, they carry bad news in their pockets every day to remind them that the world is going to hell. Tom Paech described his generation as being "agonisingly well-informed" in his essay on the book. I know that his use of the word "captain" was not intentional. The young people feel like the crew on a sinking ship. They feel like they are in charge when the ship goes down.

I say the medium is the message a lot these days. In 1967, Marshall McLuhan said that the content of any medium blinds us to the character of the medium. They leave no part of us untouched, unaffected, unaltered, and are pervasive in their personal, political, economic, aesthetic, psychological, moral, ethical and social consequences.

My children and my students experience a lot of stress because of the phones they carry with them. Without their phones, they would still be worried about the effects of climate change, and they would still be looking down the barrel of a future with no certainty about their health. They might feel more in control if they weren't continually reminded of it. I wonder if our exposure to knowledge is making us less powerful. If you have been doing what I have been doing, you are checking daily Covid numbers just to experience that sickening thrill when they go up again. I feel like a rat who has been trained to only want food when hurt, not clever enough to know that it would be better to stay hungry.

My children and students experience a lot of stress because of the phones they carry with them. Catherine Falls Commercial

I let Tom and Emma know about this. I wonder if there is a difference between the kind of cultural anxiety that will persist as long as the world is fucked up and the actual diagnosed disorder. Climate change, Covid, nuclear war, whatever other clusterfuck is happening at any given time is more important than cultural anxiety. Confrontation, phone calls, the thought of telling the barista that you're not the person they're talking to.

I was terrified of confrontation when I was Emma's age and I was afraid of talking on the phone. Some of this is appropriate. I thought about another discussion I have had with my friends, colleagues and I over the last 25 years, which is that the rise in what Emma calls anxiety may be due to increased rates of diagnosis. I think I had anxiety when I was 20, but as there was no name for it and no informed conversation about it among my friends, we just "managed" it. All of us have seen psychologists.

I wonder if the increased rates of anxiety are making our generation better prepared for whatever hellscape the world will descend into.

Emma Kohen is a person.

I don't know if the distinction between anxiety and big-picture stuff is important because they're both just as serious and pervasive as each other. They inform each other. It's not possible to have one without it morphing into the other.

I wonder if the increased rates of anxiety are actually making our generation better prepared for whatever hellscape the world will descend into. For me, anxiety is my baseline state of existence, so this new wave of cultural anxiety feels like business as usual. I am anxious just from being alive, so what else should I do? Add it to the list.

Tom said: "I can't help feeling that we're kind of fucked, regardless of how much time we spend on our phones."

Emma said she thought what she was saying was: look or don't look. It doesn't make a difference because you'll end up anxious anyway When and how you hear about it changes, the information is always ready to make you jittery. I don't know if it's possible to not hear about things anymore.

Is there an increase in rates of anxiety? I think both are leaning towards the former. I believe that cultural and personal anxiety would be lessened for every human being if we weren't engaged in what is now ceaseless communication with the world and each other. It doesn't matter, it's always there. You can never rest.

I don't think parents should take their phones away. Or maybe only at night, when they need their sleep or they might actually feel like reading a book, or when there is literally no other way of helping them do something they have to do, like an assignment. If my parents tried to take the Smiths away from me, what would it be like? They would have forced me out of a private conversation that had nothing to do with them.

All you can do is help them find peace with or without their phones. Listen to their anxiety. Accept it as it is. Help them understand that it isn't just them who are experiencing it. Try to manage your anxiety in a sustainable way. Even if it is just voting for a party whose leader didn't dump a piece of coal on his desk to prove an irredeemably stupid point, try to do something about it. Get outside with your kids, get some air, and accept that their life is not yours, that its challenges and pleasures are different.

Trust them, I have observed kindness in this generation. My students are more tolerant of one another than we were. They make a generous space for anyone with difficulties and they are willing to share their own difficulties to make that space a better place to be. They have a special kind of wit to deal with cultural and personal anxiety. I made a phone call at work today without crying and I did have a win. Huge deal! I won't be doing it again.

20-year-olds are lovely. How lucky I have been to know them and how much they have taught me.

Ask me for an extension. I can assure you that you will get it.