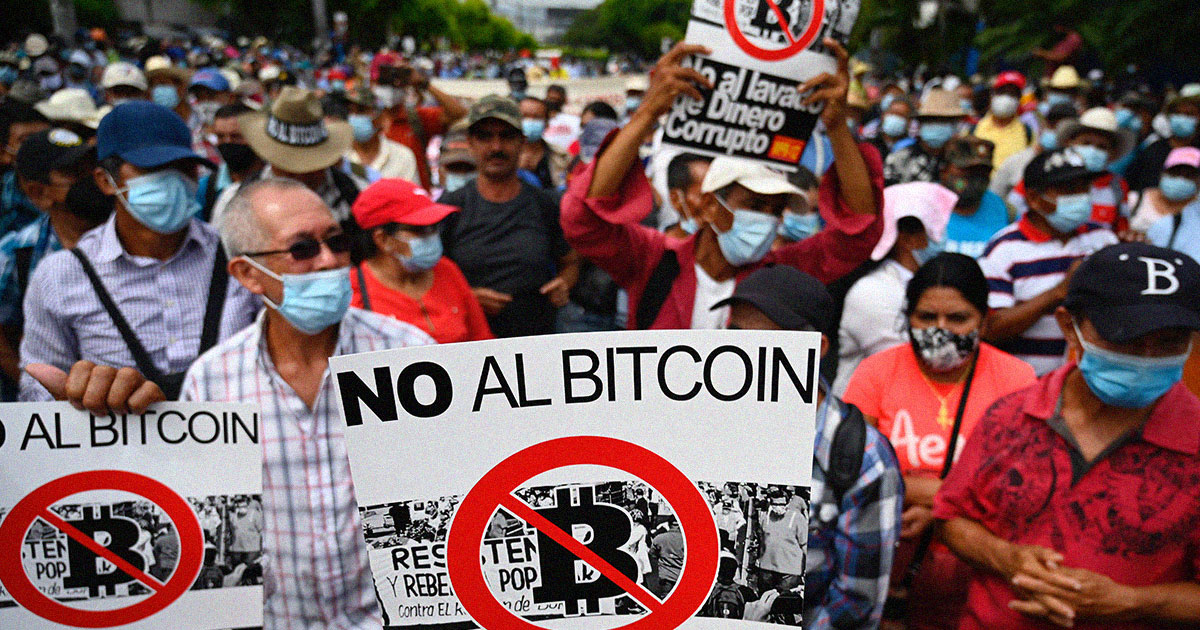 The country has been on the verge of economic collapse since it announced that it would accept digital currency.
The country's president made waves last year when he announced that the nation would accept the token for use at stores and banks. The CEO of El Salvadoran announced plans to turn the country into the financial center of the world.

According to a report by Fortune, forcing your nation's banks and stores to accept a currency large swaths of the population don't trust is a good way to tank your economy.

The president of El Salvador is lobbying the International Monetary Fund for a loan of over $1 billion, and the country's bond dropped from 75 cents to 63 cents overnight.

Experts have estimated that El Salvador's credit got four times worse since it adopted bitcoin as legal tender, as its price was hovering around $60,000 at the time.

According to Steve Hanke, professor of applied economics at John'sHopkins University, El Salvador has the most distressed debt in the world. The markets think that he has gone crazy.

There are many reasons for this, one of which is the fact that El Salvadoran was not doing so well financially before their big bet on bitcoin. Many Salvadorans didn't trust the token and limited use of it.
A survey done by the Central American University found that nine out of 10 citizens in the country don't know what digital currency is.
The legislation was sold on the idea that money sent to Salvadorans from friends and family members working abroad would be cheaper with the use of the digital currency. The opposite was often true.

After receiving the currency, citizens would typically convert it into cash. They needed to travel to an ATM to withdraw money. Exchange platforms take anywhere from two to four percent of the money.
Hanke thinks that it's four times more expensive than traditional remittances.
It turns out that voting in a bro as president might not be the best thing for your country. While there is some promise to the idea of accepting bitcoin as legal tender, public trust is the most important thing.

The plan to create the first Bitcoin-powered nation is a mess and is tanking the economy.