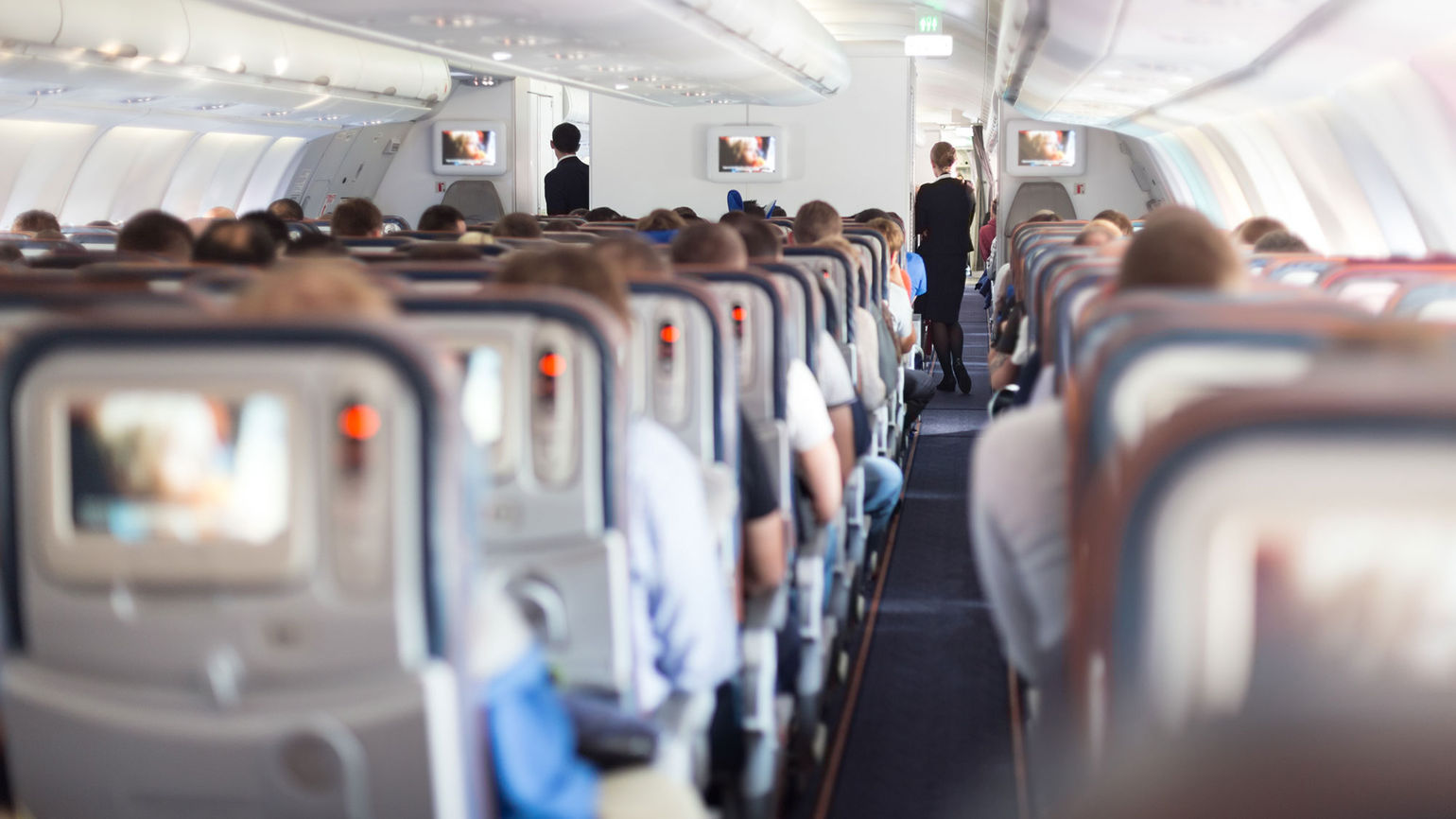 News and destinations.
Our voices.
There are resources.
Search for a hotel and a cruise ship.

A new legal petition is asking the FAA to act on a congressional mandate that it set minimum standards for commercial airplane seat width and spacing. The photo was taken by Matej Kastelic.

A new legal petition is asking the FAA to act on a congressional mandate that it set minimum standards for commercial airplane seat width and spacing.

The FAA was mandated to set those standards by October 5, according to the consumer group.
The FAA has not begun, much less completed, the rule-making, more than two years after the deadline.
A spokeswoman for the FAA said the agency doesn't have an updated timetable for beginning the rule-making process.
As part of the FAA Reauthorization Act, Congress told the FAA to set minimum standards for seat width and pitch. The standards will be based on what is necessary for the safety and health of passengers.

The agency conducted tests to see if current aircraft cabin configurations can still be evacuated within 90 seconds, as required by federal law. The agency hasn't released a report on the test results.
The September 2020 report by the DOT's Office of the Inspector General concluded that the FAA's process for updating its evacuation standards lacks data collection and is outdated. The standards were last updated in 1991.
The FAA should be ordered to begin a rule-making process to establish minimum seat width and pitch standards and to issue final rules by a certain date, according to the petition. The court was asked to monitor the FAA's compliance with the order.

The Viewpoints of the JDS Africa/MI.