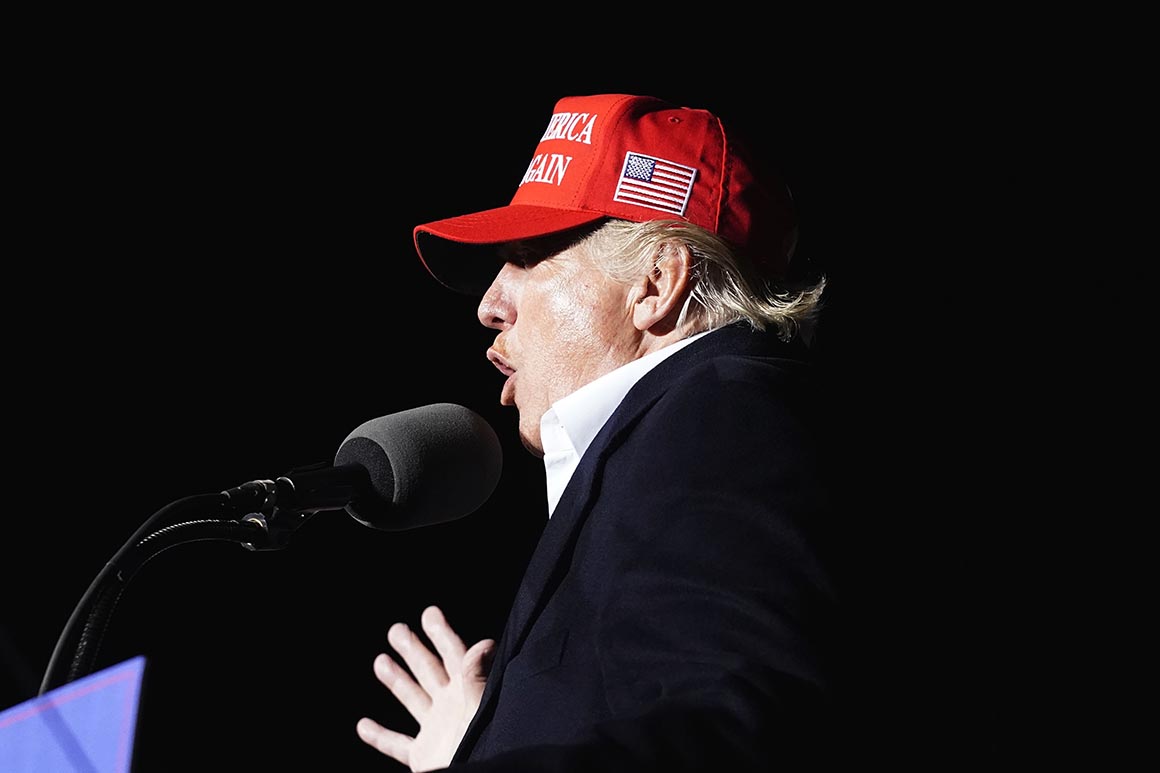 Justice Clarence Thomas was the only member of the high court who said he would grant the request for emergency relief.

The National Archives, which houses the former president's records, determined that they were relevant to the committee's investigation. The records include a draft text of a presidential speech for the January 6, 2021, Save America March, a handwritten list of potential or scheduled briefings and telephone calls concerning election issues, and a draft Executive Order concerning election integrity.

The January 6 select committee investigating the attack on the Capitol may be the most significant moment yet. The panel will be able to connect dots between Trump's efforts to stoke misinformation about the 2020 election results and his awareness of the threat of violence posed by the groups that heeded his call to descend on Washington. They will reveal details about what actions he took as the mob of his supporters surrounded and broke into the Capitol, overrunning law enforcement and sending Congress fleeing for safety.

A three-judge panel of the D.C. Circuit Court of Appeals ruled last month that Trump had not met his legal burden to block disclosure of the records. It will likely have a huge cascading effect on litigation brought against the committee by other top Trump allies, including Meadows, who has urged the court to uphold Trump's claim of privilege. There is a possibility of criminal contempt charges againstMeadows.

The appeals court panel concluded that Trump could not assert executive privilege over the records as a former president because the incumbent, President Joe Biden, had agreed to give the files to the House committee.

The Supreme Court did not reach a final conclusion on this point, but it did say that Trump's assertion of executive privilege would have failed even if he were still in office.

The high court said that the question of whether a former President can get a court order preventing disclosure of privileged records from his tenure in office is unprecedented.

The unsigned Supreme Court order said that President Trump's status as a former President made no difference to the court's decision.

The D.C. Circuit decided that Trump couldn't pursue an executive privilege claim because he was a former president.

In August, the committee requested the records and the archivist began to produce them on a rolling basis. They were submitted to Biden before they could be released.

Biden agreed to waive privilege for most of the records. Trump claimed he had authority as a former president to assert privilege over his records.

While Thomas did not elaborate on why he would have granted the request for an emergency stay, Justice Kavanaugh issued an opinion that went further than the court's main, unsigned order. He said that the D.C. Circuit was wrong to conclude that a former president couldn't assert executive privilege without the backing of the incumbent.

Even if the current President does not support the privilege claim, a former President can use it. It would eviscerate the executive privilege for Presidential communications if we did not finish.

If Presidents and their advisers thought that the privilege would end at the end of the Presidency and that their privileged communications could be disclosed when the President left office, the consequences would be dire.

The D.C. Circuit concluded thatdicta should not be considered a binding precedent going forward. He said that executive privilege might erode over time. He joined the majority in concluding that the appeals court's ultimate decision to allow disclosure of the records to the House should not be disturbed at this time.

The Supreme Court may decide the issue is over once the records reach the House.