He Was Given Six Months to Live. Then He Changed D.C. 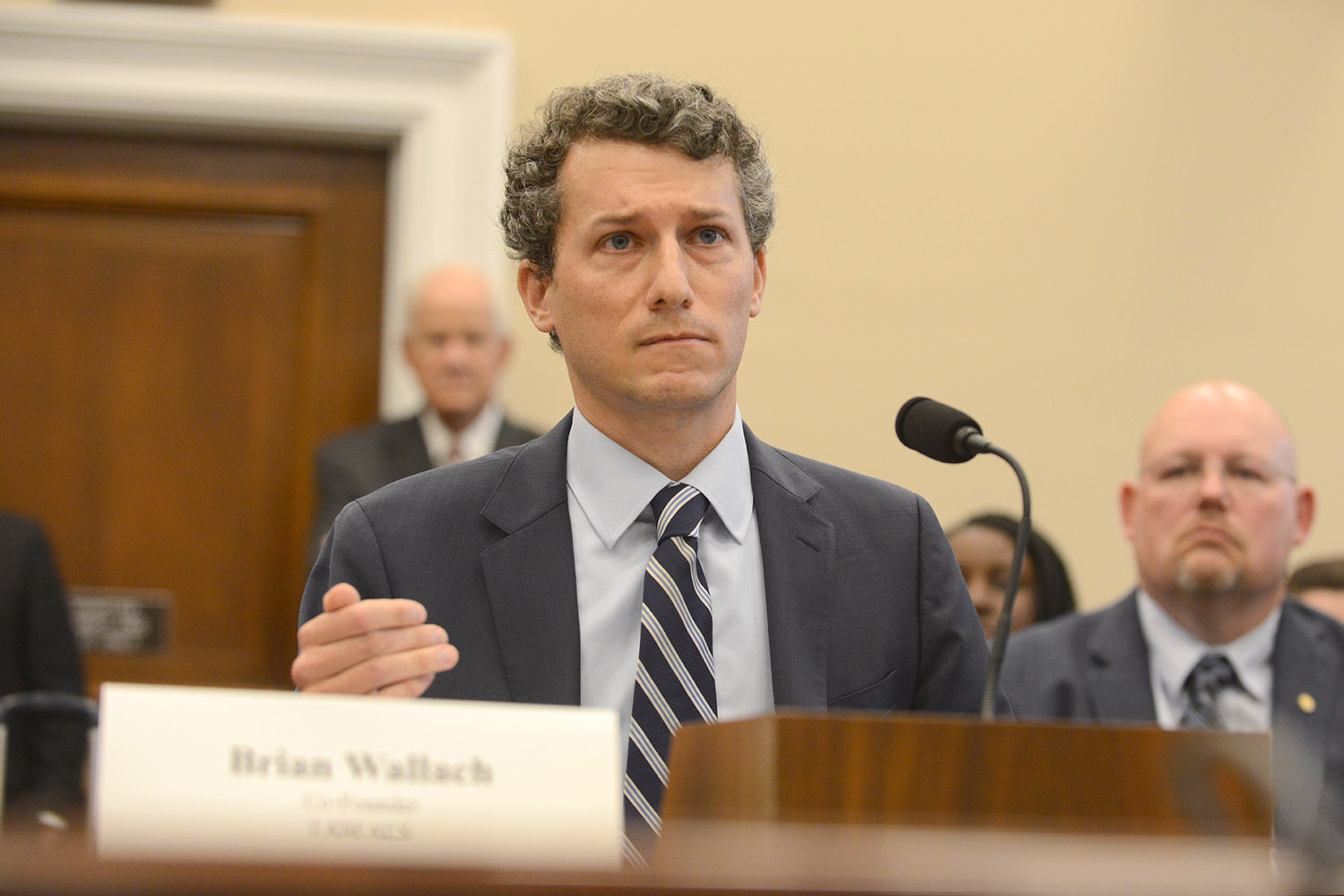 They were discussing whether they could start a new venture while juggling the demands of being parents and Brian's health. They did their research as well. Brian told me that they flew around the country to find out if there was a single group doing it right. You want to figure out if this is the right thing for you.

For all its lofty purposes, the advocacy of the disease lacked a basic understanding of how D.C. works. Legislative outcomes require sustained engagement, robust fundraising and personal connections.

When she was on the Hill, advocates would have "fly-in" days to meet staff and push causes. She told me that one moment in time doesn't move the needle. Activists were building the wheel.

They decided to build something new. I AMALS was launched on January 22, 2019. It would be unapologetic in tackling the politics of the disease. Brian would tell DeLauro that the victims of the disease could be activists even as they prepared for death.

Brian spoke with Rep. DeLauro at his April testimony.

The group would provide support for people who have been diagnosed. Lawmakers would have to spend more on research. Lawmakers and federal agencies had been reluctant to help with the costs of clinical trials for patients with amyotrophic lateral sclerosis because they were concerned that it would be too expensive.

If you were to testify in Congress, the question would be, "Give us a complete rundown of all the progress we've made on Lou Gehrig's disease and other neurodegenerative diseases since 1939." We needed to take a different direction.

One of the first people Brian turned to was Michael Slaby, who was the chief technology officer for Obama. He enlisted Ben LaBolt, Obama's press secretary for the 2012 campaign, to help with comms work, held semi-regular calls with other Obama alums, and utilized his connections to the Obama Foundation to get the former president to put out a video about I AMALS.

He got Dan Tate, a founding partner of the lobby shop Forbes Tate Partners, who helped coordinate the grassroots and Hill strategy for the group. He hired a group of officials who worked at the intersection of politics and research when he was gone.

When a founding member of a group gets sick, the group falls apart, according to Brian.

Winning Strategies Washington was one of the lobbying shops he hired. Brian occasionally worked at the firm's office in D.C. He allowed me to sit in on one of the sessions, but the staff at the firm asked me to leave. He wanted medical experts to accompany advocates to the Hill, but he also wanted them to have ready data for the question they would get from the legislative assistant. How is it different from the other stories? He wanted to target the lawmakers who worked on defense budgets because they were suffering from the disease. According to several studies, veterans are 1.5 to 2 times more likely to get the disease than the general population. He wanted to point out that research into the disease could lead to cures for other diseases. He told them not to ask for a moonshot and to ask for scientific discovery.

The group helped get the Pentagon to double its investments in research into Lou Gehrig's disease from $10 million to $20 million. They created a group on the Hill. Brian personally delivered a letter and stack of paper to the FDA demanding that it publish revised guidance on how to design a clinical trial for amyotrophic lateral sclerosis. The agency did it.

Brian seemed to be everywhere. He casually dropped that he was in a rush to talk with David Bradley, the D.C. media mogul and founder of two of Washington's top consultancies. At other times, he was able to chat with top officials at the National Institutes of Health, or with the wife of Mark Zuckerberg, at the Aspen Ideas Festival, or with Scott Gottlieb, the FDA commissioner.

Eric Shultz, an Obama vet who has worked informally with Brian, said it was a human rolodex. It did not go to waste. A lot of people want that at their disposal. But that was not Brian and Sandra.

The speed seemed unsustainable. Brian found it relaxing to work around other patients who didn't need to explain what was happening to them. He felt that he had a responsibility to them because he was able to do things that made him feel more at home among the other people.

He knew that his clock was running. He mentioned how awe he felt watching other prominentALS activists who were more stricken by the disease than he was.

In June 2020, the act for amyotrophic lateral sclerosis was introduced.

When Brian wasn't personally meeting with lawmakers, his group and the activist community pushed them. A Republican Hill aide said it was a blowtorch of advocacy.

Fortenberry told me that dedicating an office to the small disease category is a huge ask. We do not have unlimited resources. Other offices might be sympathetic. They do not have the capacity to deal with this. Obstacles and roadblocks are created by all of these things. You have to have a perfect alignment for this to happen. It takes perseverance from people like Brian.

Brian turned himself into a media sherpa for the cause. He did national TV, used social media vociferously, and suggested that we write a book after sitting for a magazine profile while we were talking for this piece. He told me recently that he had sat down for a magazine profile, but his prize was slightly different. He wrote that if they don't do the piece, he got 2 book offers. He showed up in Times Square in December, as I AMALS took over two billboards there that had signs saying "ALS is over if you want it" and "F*CK YOU". The billboard takeover was accompanied by a video. In May 2020, Brian told me that his organization had gotten $350,000 to make a documentary, which is 90 percent done.

It wasn't just press for the sake of it. The classic story ofALS is tragic, but it should be hopeful. She said that no one would help them if they were shut down with a depressing story line.

The demands and expectations around him grew as his public persona grew. Brian had gotten to know Eric Swalwell through mutual friends and he called him the face of the disease. Brian didn't react much to the compliment. After Swalwell left the room, he showed some irritation. The campaign was not his alone. He wanted to change how the government fought diseases, but it was coming at a personal cost.

He told me that he would rather be in this room than anywhere else.

Brian's body was getting old. He was using a cane and was going to use a wheelchair. He began losing his ability to speak as the legislative process kept moving and more co-sponsors signed on to the bill. The woman stepped into the hole. She delivered his testimony for him at a House Energy and Commerce Health Subcommittee hearing. She said it was their closing argument for their lives.