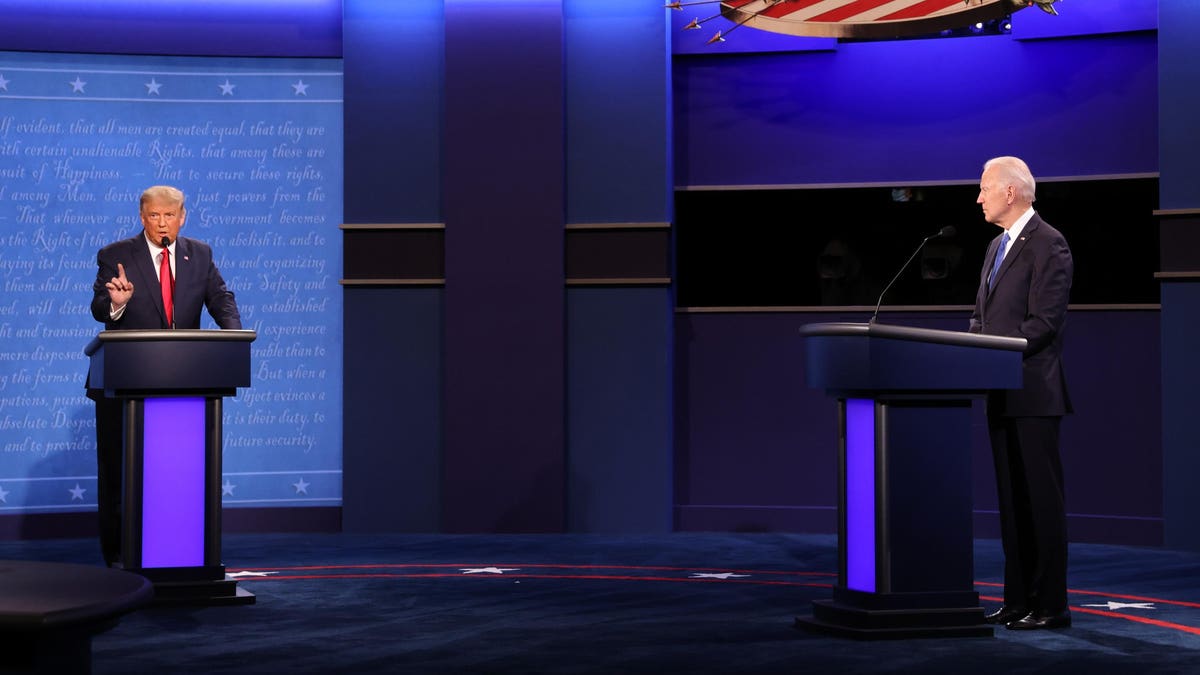 The Republican National Committee informed the commission Thursday that it would not allow future presidential candidates to participate in debates organized by the Commission on Presidential Debates.

On October 22, 2020, Joe Biden and Donald Trump will be in Nashville, Tennessee.

RNC Chairwoman Ronna McDaniel wrote a letter to the organization stating that the RNC intends to prohibit future Republican nominees from participating in debates.

The RNC says that the commission has failed, including not being sufficiently nonpartisan, holding the first debate after early voting had already begun, and making changes to debates without telling the candidates.

The charges of partisanship included accusations that the board members of the commission had publicly disparag[ed] Trump and that the commission selected the moderators because they believed they were biased toward Democrats.

The RNC proposed a list of reforms it believes the CPD should make, such as establishing codes of conduct and term limits for its board members, but said it is moving forward with plans to block candidates from participating now because they believe the CPD will delay any reform until it is too late to matter

The New York Times reported that it was not clear what would happen with future presidential debates if they were not done through CPD, but it could mean that the candidates and parties would have to negotiate debate terms directly with each other.

In a statement to the Times, the CPD said that it deals directly with candidates, rather than the parties, and that the terms of its 2024 debates will be based on fairness, neutrality and a firm commitment to help the American public learn about the candidates and the issues.

The RNC will have to vote on the proposal at its winter meeting in February, so whether it will actually happen is questionable. According to the Times journalist, any rule change would be non-binding and that candidates could ignore the RNC directive and debate anyway. The rule could give Trump cover to back out of the debates if he decides to run again in 2024.

The New York Times notes that Republican candidates have long complained about certain aspects of the debates, but their opposition intensified when Trump became the party's nominee. The commission was blasted by Trump as a "rigged deal" in 2016 because its co-chair was the former press secretary of the president, even though the other co-chair was the previous head of the RNC. Trump participated in two of the 2020 debates, but pulled out of another because he deemed the commission's switch to a virtual format to be "not acceptable" and his campaign blasted the commission for its choice of debate moderators. The entire debate season has been turned into a fiasco by the pro-Biden antics of the commission, according to a letter written by the Trump campaign manager.

R.N.C. is pulling out of the presidential debates.

Trump wants no debate changes as his campaign accuses the debate commission of bias.

After changing to a virtual format, Trump refused to attend the second presidential debate.

The allegations of bias against the debate host were raised by Trump.

Trump thinks he'll face off against the Democratic nominee.