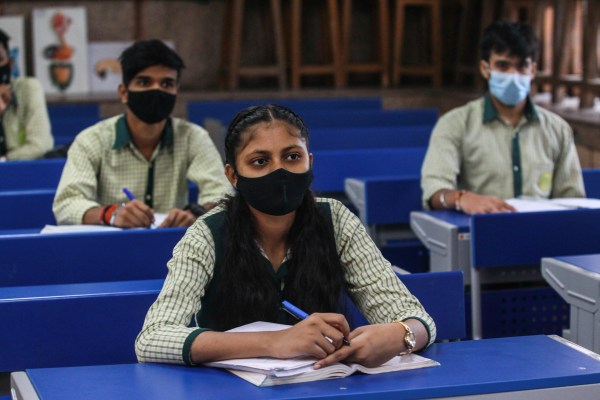 The majority of students in India remain unserved despite the recent boom of consumer-focused education learning platforms. The B2C offerings are expensive for most students and skewed towards those in high school preparing for competitive exams.

LEAD School is addressing this problem by using an infrastructure that already has a wide reach in the nation: schools. The model is working.

WestBridge Capital and GSV Venture said on Thursday that they have led the funding for LEAD School. In nine months, the startup's valuation has doubled to $1.1 billion, thanks to the new financing round.

LEAD School, founded by couple Sumeet Mehta and Smita Deorah, works with thousands of K-12 schools where it has integrated its platform that helps them secure books and other resources from vendors, thereby cutting middleman and bringing quality assurance. LEAD estimates that it will have over 5,000 schools in April when the new session starts.

LEAD School was founded in 2012 by Smita Deorah and Sumeet Mehta. The LEAD School has an image.

The startup helps teachers design the curriculum and find ways to better convey the concepts to students and evaluate the learning outcome, which is why the couple started LEAD School in the first place.

The startup works closely with students to understand their needs. Most students face a challenge in understanding English, which is one of the factors that affects how they grasp most other subjects.

Deorah said in an interview that students in LEAD School-powered institutions score over 70% in mastery on all subjects if they focus on clearing the basics with priority.

India needs to transform its schools so that every child can achieve their true potential. Everyone is talking about edtech that is direct to student. Everyone focuses on test prep. People accept that schools can't be improved. We thought differently. A child is in school for six hours. Imagine what can be done if we can transform schools. She said that they focused on school edtech.

The startup expects to serve 2 million students in April and says that partnering with LEAD increases learning outcomes by 20 to 25%. The students outcome makes us proud. This has helped us reach our goal.

New Delhi and state governments have shut down the schools several times because of the Pandemic. Most of the students are from families that don't have a lot of electronics at home.

She said that LEAD School has worked with teachers to offer live and virtual classes so that students can watch the lessons and complete the homework with more flexibility.

Kids don't have personal devices in some households. She said that less than 10 percent of the parents of the children they serve have purchased tablets for them. Synchronous learning is not possible.

Good Capital, a venture firm that is one of the earliest backers of the startup, said thatLEAD's quality of education is already revolutionising the way in which Indian students are taught at scale.

The LEAD School expects to have an annual revenue run-rate of $80 million. The startup plans to use the funds to innovate. It wants to reach 25 million students and have an ARR of $1 billion.

India is home to one of the largest education markets in the world. Indian parents spend a lot of money on their children's education because they see it as a key to economic progress and a better life.

Scores of firms including edtech giants Byju's, Unacademy, and Vedantu as well as American giants such as Amazon, Facebook, and Google are attempting to reach the students in the country.

TheLEAD School acts as the Intel inside for affordable schools and guarantees 70%+ mastery in all subjects and all grades for low/middle income students and exceeds the guarantee, according to Deborah Quazzo, Managing Partner at GSV.

The mastery guarantee is a revolutionary offering in K12 education and has the potential to be societally transformational for students. She said that LEAD is on its way to become the world's largest and most impactful school edtech company.