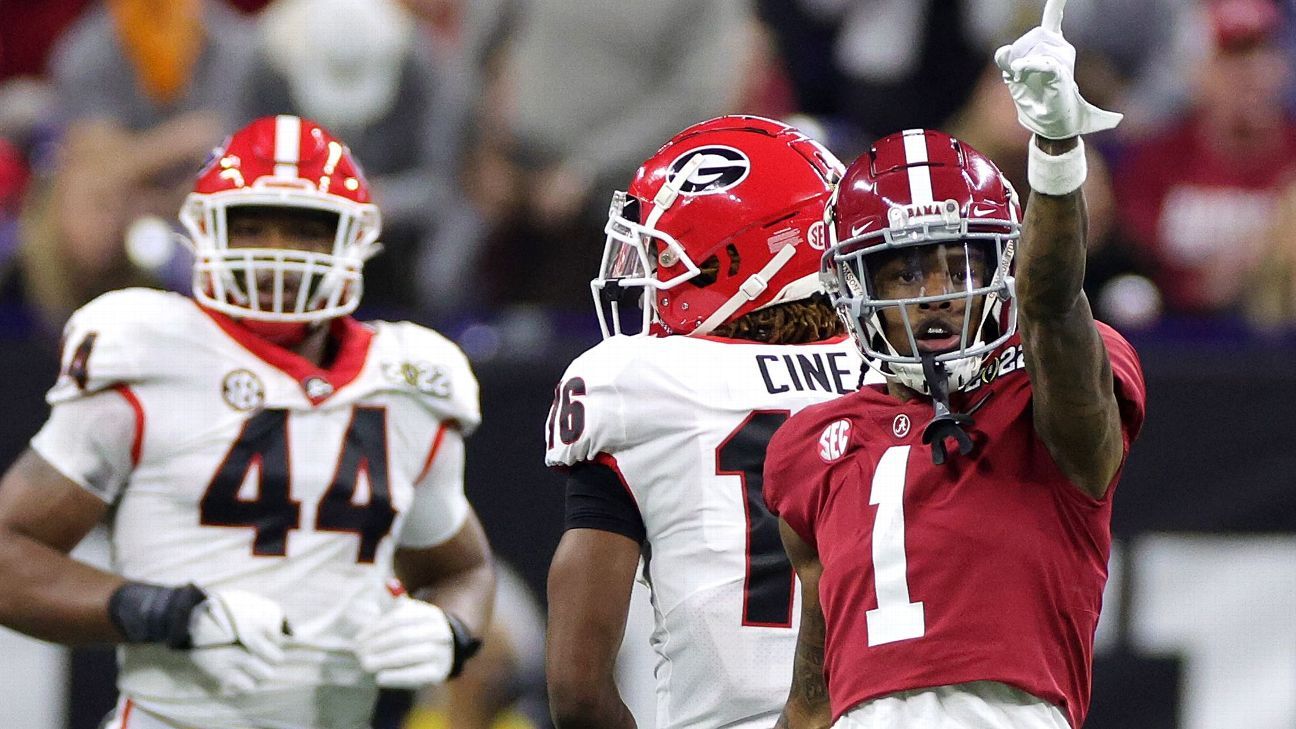 The big catch by Jameson Williams shook him up.

Jameson Williams is helped off the field after he made a great catch on a ball thrown by Bryce Young. (0:35)

Williams was hurt on a 40-yard reception from Young. Williams clutched his left leg before he was hit by a teammate.

Williams walked to the locker room with Alabama's athletic trainers shortly after being hurt while watching his team's offensive drive. The series ended with a field goal.

Williams was ruled out of the second half by Alabama. Williams returned to the sideline with 11 seconds left in the third. He was wearing a game jersey and sweatpants.

After the game, Alabama coach Nick Saban said that the extent of Williams' injury wouldn't be known until he undergoes an exam.

Williams wanted to return to the game in the second half, but Alabama's medical staff wouldn't allow him to because he has a future as a football player.

Williams had 75 catches for 1,507 yards and 15 touchdown and averaged 20.1 yards per reception. He is the top wide receiver and the sixth best prospect in the draft.

John Metchie III, the Tide's leading receiver, tore his left knee in the SEC championship game against the Georgia and will miss the rest of the season.

After Williams left, the Georgia sideline was reported to be where Dan Lanning huddled his first team and told them "This changes things."

In his halftime interview on the field, he told Holly Rowe that there are other players that have an opportunity there. There are a lot of young men. They have talent, so they have to play with a competitive character. They don't have any experience, but they're going to get it tonight.

Williams had four catches. In the first half, the Tide had six catches for 37 yards from Slade Bolden and three from Ja'Corey Brooks and Agiye Hall. The tight end gained 70 yards on two catches before the break.

Young struggled to escape the defense in the second half, and his inexperienced targets were largely bottled up.

Winners and Losers from Week 6 of College Football