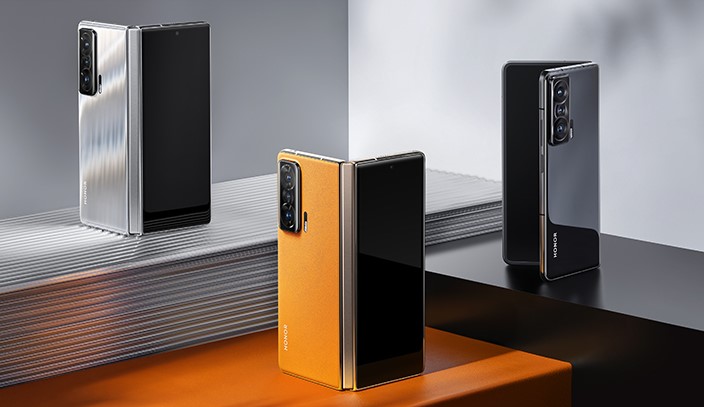 Honor has unveiled its first foldable phone, the Magic V.

The company says the display is "creaseless" because of its water-drop hinge. The Find N foldable uses a similar style of hinge.

There are five cameras on the phone. Honor calls the rear three-camera array a "spectrum enhanced camera." The three are all 50MP. There's a 42MP camera for selfies.

The Magic V is powered by the new Snapdragon 8 Gen 1 Chipset, which has a 5G modem and a Adreno 730 graphics card. The Magic V has up to 512GB of storage and stereo speakers. It uses Honor's new MagicUI 6.0, which is based on Android 12. An independent security chip stores passwords and fingerprints.