SpaceX Tests Giant “Chopsticks” For Catching Starship as It Lands 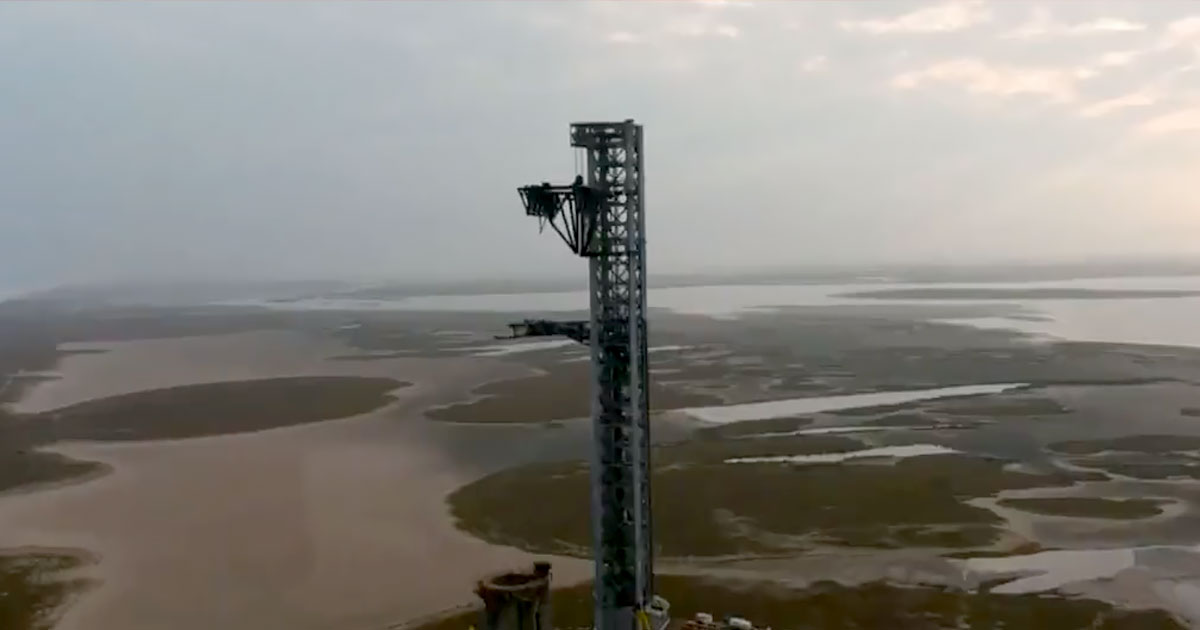 The giant structure designed to guide the space company's Super Heavy booster during launches and catch them upon their return to the surface has been tested.

The structure has to be tall enough to hold the spaceship on top of the booster, which is over 400 feet in diameter and contains dozens of rocket engines and hexagonal heat shields.

The entire structure was shown in a drone video on Sunday evening during a test run in South Texas. A massive steel bar appeared to be used to mimic the weight between the two chopsticks.

A time-lapse shared by NASASpaceflight reporter Michael Baylor shows a structure that springs to life, with the chopsticks being lowered via a pulley system.

The test is a testament to the hard work that went into its construction and development, as well as a sign that the first test flight is close.

A tower is being stacked.

Time will tell if the next move is for the structure or not. The company could try to stack its prototypes on top of the tower to see if they fit together, or it could try to recreate the full weight of both Super Heavy and Starship.

We are in for a ride.

SpaceX has a method of lifting a booster with a tower.

Video of Starship steering its engines has been shared by Musk.