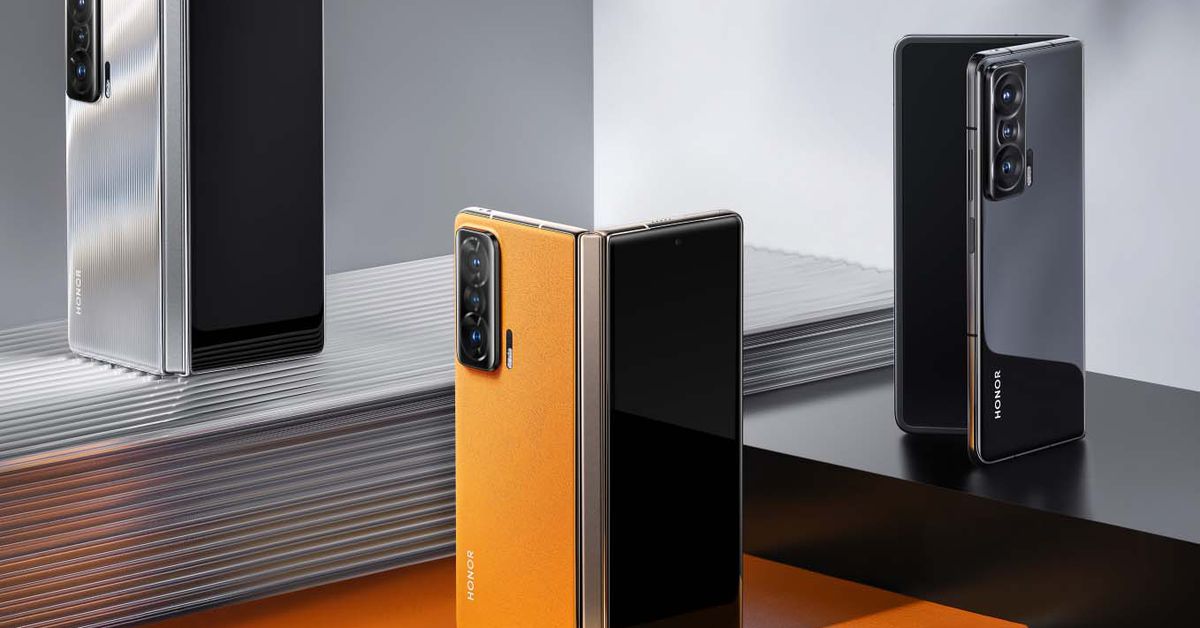 The Magic V is a foldable.

The image is Honor.

The Honor Magic V is the first foldable device that combines a large internal display with a smaller external display. The Chinese launch price for the foldable is 9,999 (around $1,569) for its 512GB storage model. On January 18th, it will be on sale.

The Honor Magic V is orange.

The image is Honor.

When folded, the Magic V is 72.7mm wide, 14.2mm thick, and has a height of 160.4mm, and when unfolded it expands to 141.1mm wide and is 6.7mm thick. That is slightly larger than the Z Fold, but thinner overall. Honor's foldable is slightly heavier. Honor CEO George Zhao says it should survive being folded and unfolded 200,000 times.

The Magic V is powered by the latest version of the Snapdragon 8 Gen 1 chip, which has 12GB of RAM and 512GB of storage. It has a 4,750mAh battery that can be charged at up to 66W, which will give you a 50 percent charge in 15 minutes. Honor says that it is 5G compatible and that it is running Honor's MagicUI 6.0 software on top of Android 12 which supports the display of multiple app windows at the same time.

Honor has included a trio of 50-megapixel sensors on the rear of the foldable, which include a main sensor, an ultrawide camera, and something Honor is calling a "spectrum enhanced camera." We followed up with the company to find out what this third camera does. The Magic V has two cameras, one in the outer display and one in the inner folding screen.

Honor joins a long list of companies that have either announced or started to sell foldable phones. Last year, we saw the announcement of the Find N by Oppo, as well as foldable devices by both Honor and Xiaomi. We are trying to find out if the Magic V will see a global release.