And just like that, 'Sex and the City' made a mess of Diwali 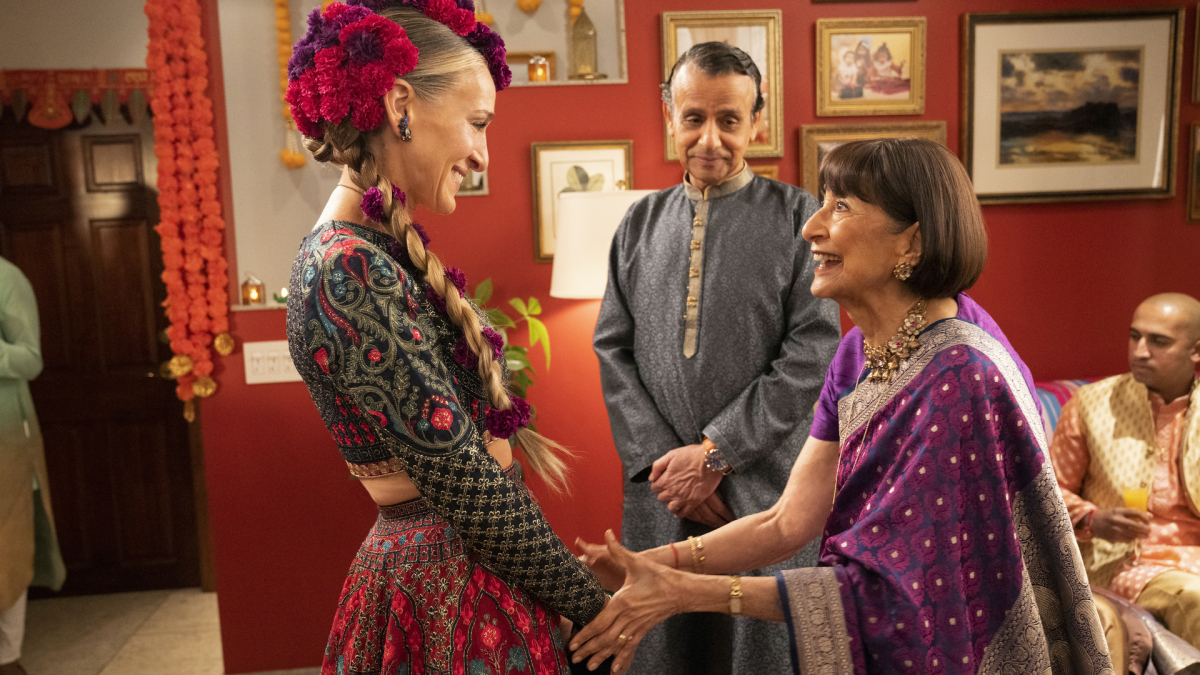 The sixth part of And Just Like That..., the much-discussed HBO Max remake of Sex and the City, has made the rounds on social media, and mainly for one thing. The portrayal of the Hindu festival on the show was the subject of a lot of discussion with Indians and South Asians.

There is little screen time devoted to the celebration of Diwali in the episode. The onscreen handling of Hinduism, and Indian culture in those brief moments is lazy.

The fact that Carrie doesn't know what Diwali is, which I found extremely hard to believe considering she has lived in New York for decades, was one of the glaringly mishandled small trope related to Diwali. She's in her fifties, a seemingly cosmopolitan citizen of the world, and a writer.

The sari debacle was hard for me to sit through. Carrie was accompanying her friend Seema to a store in Soho when she asked if she should know everything about the holiday. Carrie's curiosity is normal, but herIgnorance is not. Seema gives a basis explanation of the Festival of Lights, which I think most people would be able to do. Seema is being pushed into the role of a teacher to teach Carrie about culture and diversity. A person of color should not be reduced to this role, drawing a picture for a white character who should know better. "It's cultural appreciation, not cultural appropriation" is a testament to the show's higher purpose of bringing its characters into the twenty-first century. The way they've chosen to do it is not good.

The encounter only gets worse when the clothes are referred to by different characters. Seema and Carrie are drooling over the saris, but they are not actually saris at all. lehengas are a completely different version of Indian traditional wear. saris are more widely known around the globe, a term that is freely used by many and deeply associated with Indian culture. It would be easier for the audience to understand what a sari is. It would have been difficult to use the right word for a piece of clothing in India.

The show's writers simplified the show's depiction of diversity, providing the most simple and surface-level depiction of the culture at hand. The opportunity to move away from stereotypes was not taken advantage of.

The storyline around marriage was the greatest error of the episode. I am aware that the concept of marriage in Indian society is important to the institution. For too long, this concept has been put into the narratives of South Asian characters and culture. The idea that a self-sufficient, 50-something professional like Seema has to hide her single status from her parents is a tired stereotype. She felt the need to create a fake white boyfriend named Dennis.

"And Just Like That" is a movie where Sarita Choudhury plays Seema. Credit: Craig Blankenhorn.

It seems too much to ask that a portrait of an Indian woman be painted, one in which her parents don't insist that she needs to be married in order to be proud of her career and personhood. Seema's parents seem to prioritize her happiness over everything else, but marriage goes hand-in-hand with their perception of what her happiness should look like. It would have been disruptive to show an Indian family pushing against these ideas.

I was interested in how they would create a narrative of an important festival, the clothes Carrie would wear, and the impression of Indian culture. I was impressed by the inclusion of a well-known Bollywood track and the Indian wear that was chosen.

The episode's themes were too cringe-inducing to ignore. neglect to do the bare minimum when it comes to research and subsequent writing resulted in an episode like this. A lot of viewers didn't know what a sari was when they saw it, because it was a shallow visual of Indian culture.