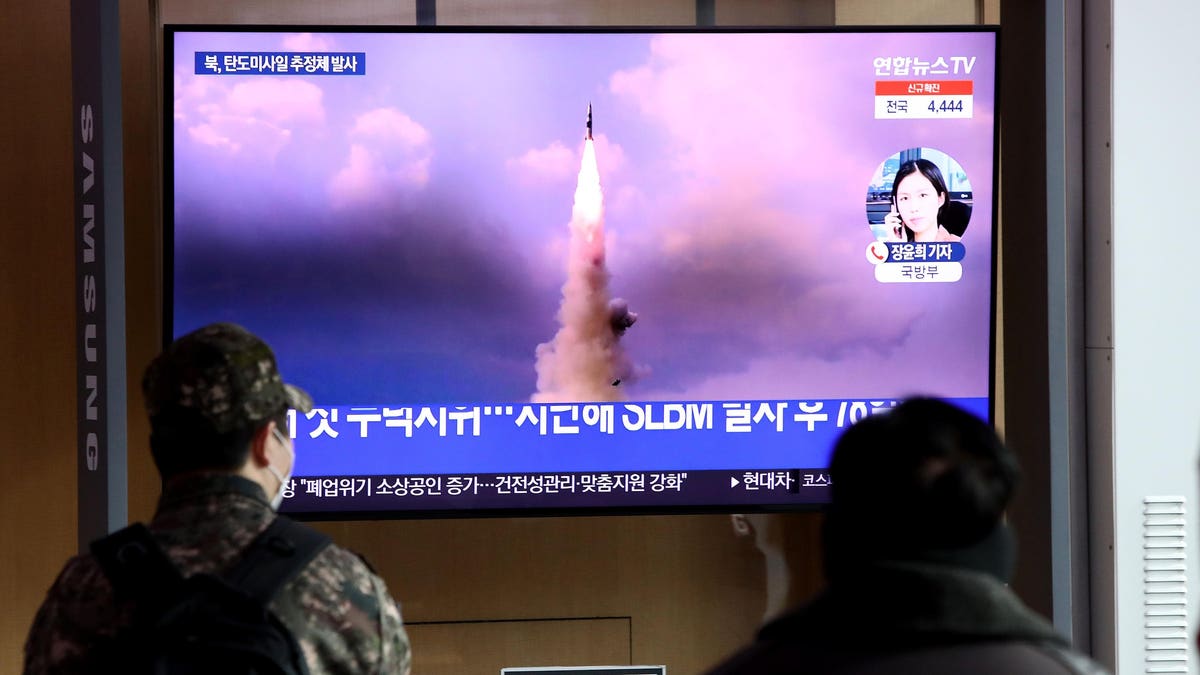 In a move that is likely to further disrupt the restart of its denuclearization talks with the US, North Korea on Wednesday fired a suspected missile into the sea in its first such test launch in about two months.

The people are watching a TV at the railway station.

According to the South Korean and Japanese militaries, North Korea fired a suspected missile into the sea on Wednesday morning.

The launch is the first missile test by North Korea since October and comes after leader Kim Jong Un vowed to bolster the country's military at a national leadership conference last week.

Hours after the launch, South Korean President Moon Jae-in expressed concerns about the launch, but he called for dialogue with North Korea to fundamentally overcome the situation.

Moon said that the railway line would be a stepping stone for peace and regional balance on the Korean Peninsula.

The Prime Minister of Japan, Fumio Kishida, told reporters that it was truly regrettable that North Korea had resumed its missile testing.

The type of missile launched by North Korea is not yet known, but it is banned under a series of UN Security Council resolutions. Last year, Pyongyang test-fired several ballistic missiles, but they did not show any regard for the ban. If the UNSC resolution is violated, it could lead to further sanctions against the country and further damage chances of dialogue.

The South Korean president said in his New Year's address that he will push for peace in the region until the end of his term in May. Moon said last month that the two countries have agreed to officially end the Korean war, which began in 1945. While Moon has made overtures to the regime, it has been less receptive to them.

North Korea fires a missile into the sea.