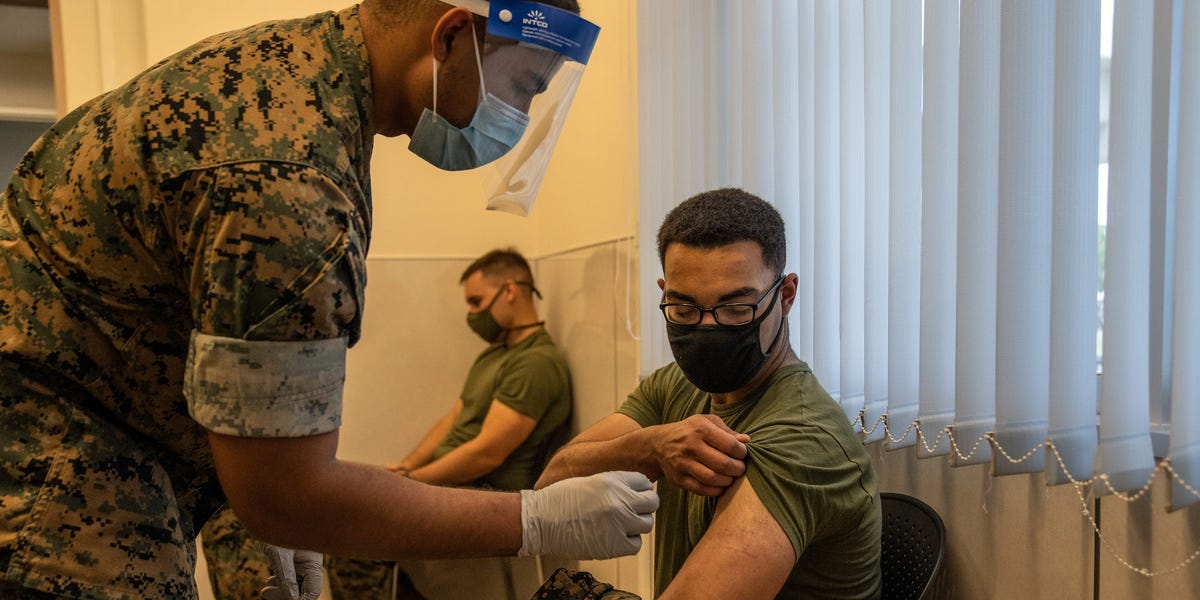 More than 100 troops were removed from the Marine Corps on December 16 after they refused to adhere to a vaccine mandate, but the number of service members discharged has gone up to 206.
All active-duty Marines and Reserve members were required to be fully vaccined by November 14 and December 14. The Marine Corps Aviation will process members who fail to obtain a pending or approved administrative exemption, medical exemption, or religious exemption for administrative separation.
The current exemption requests are being reviewed on a case-by-case basis. The facts and circumstances submitted in the request will be considered.

According to Marine Corps data, 98% of active-duty members are fully inoculated. The Marines Corps recognizes COVID-19 as a readiness issue, according to the statement.

The risk to our Marines and the Marine Corps' mission has increased due to the speed with which the disease is transmitted. The vaccine protects our Marines, our communities, and the nation.

The service has approved over one thousand administrative or medical exemptions. 3,115 requests for religious exemption from the vaccine have been processed by the Marines Corps, but none have been approved.
The Marine service members who were removed from the service for refusing vaccines are protected from being discharged under the new law signed by the president on Monday. The removal is classified as honorable or general under honorable conditions.
Marine Corps AviationMarineMarine service membersCorps
2.2k Like