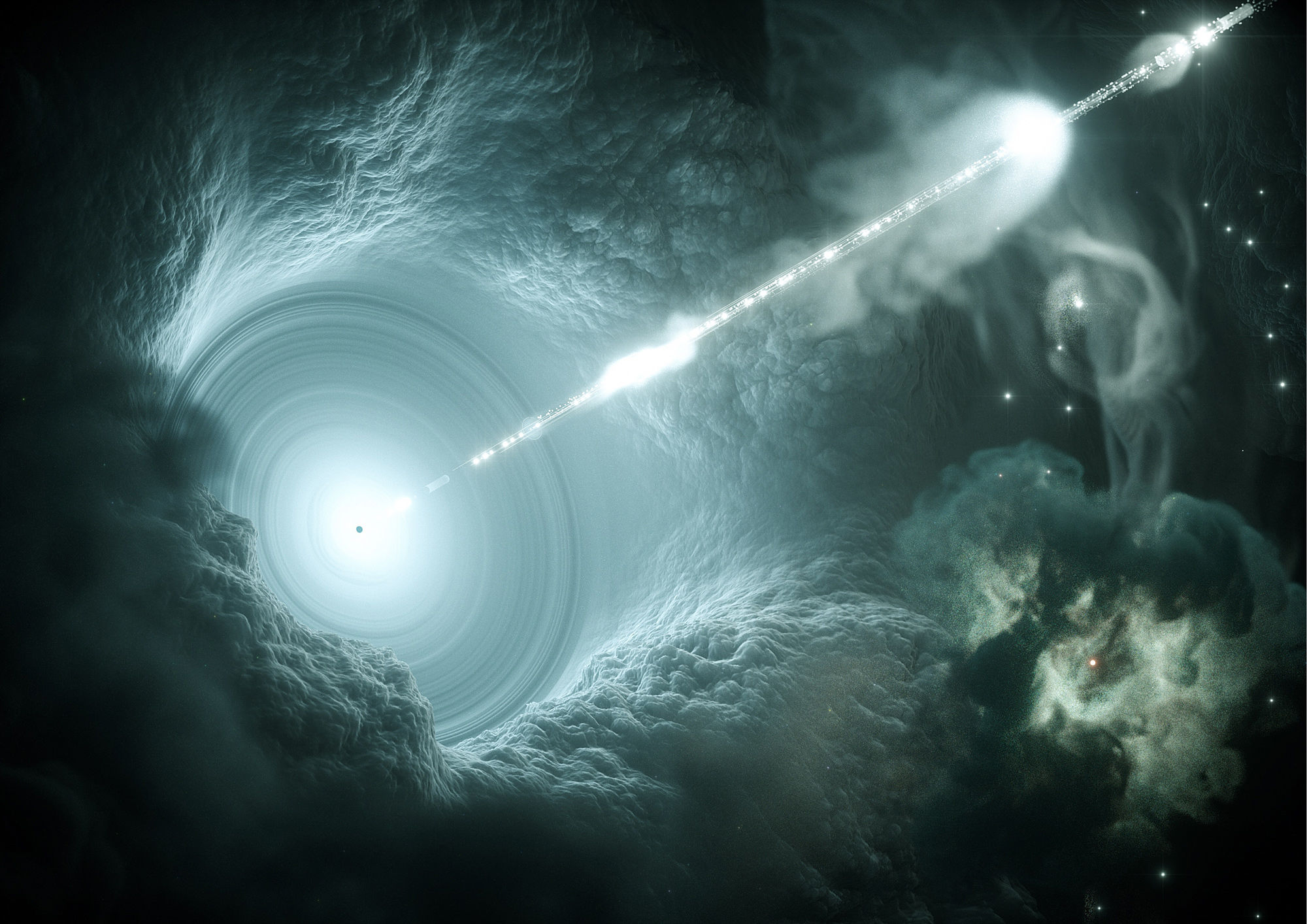 Astronomers have a problem with black holes.

Black holes are not nature's ultimate garbage compactors. It's gone when something is tossed in. Bloop! Sometimes that's not the case.

Stuff tends to come in at an angle in space. This means that it is not falling straight in. Dump in enough stuff and it forms a flat accretion disk, which heats up due to internal friction, and stuff closer in to the black hole moves much faster. Imagine rubbing your hands together to generate heat, and then imagine how much heat that would make.

accretion disks can glow brilliantly. The accretion disks around the black holes in the centers of the big galaxies are so bright they can beat the stars in the galaxy together.

You think they'd be easy to find, but that's not the case.

The black holes are called AGN because they gobbling down a lot of the active galactic nuclei. Sometimes they're easy to find, because they blast out X-rays when material close in to the black hole is energetic. The high velocities of material circling the Point Of No Return can be seen by looking at the radio waves and the spectrum that is broken into thousands of individual colors.

The problem here is that these are specialized observations. You have to point a special telescope at a random galaxy to know if it is active.

It is more difficult to do this for AGNs. Galaxies that go through star formation are bright and look like AGN. There were more AGNs in the past than there are now, so you can see them at great distances.

What should an astronomer do?

A team of astronomy took matters into their own hands. They added a component that models AGN light to the pre-existing piece of software called ProSpect. The idea is that many AGN have a huge donut-shaped torus of dust around the accretion disk. This can block the light from the nucleus. High-energy radiation hitting it is reprocessed, causing the dust to glow in the dark. This depends on a lot of factors, including how bright the AGN is, the angle we see it, and how thick the torus is. They created software to model all of them and incorporated them into ProSpect.

They fed it the colors of the galaxies that were observed. One was the amusingly named DEVILS, which was taken using the Anglo-Australian Telescope. It was a small survey, covering six square degrees of the sky, but it was able to see over 50,000 galaxies. The other was called GAMA, which was taken using the Anglo-Australian Telescope and covered a much larger part of the sky, with 294,000 galaxies.

They found a total of about 77,000 galaxies that had AGN features in their colors, which is pretty cool. To test their method, they pre-selected a pile of known active galaxies in those surveys, and recovered 91% of them. Not bad. It's much harder to identify ones that aren't.

The beauty of this method is that you don't need to spend a lot of time using special methods to ID the AGNs, because the observations already taken are fairly standard. You can just hit the archive, dig up a pile of galaxies, and screen them. The Nifty is an index of the price of a commodity. This has been difficult in the past, but the new algorithm does a good job. It's good to find fainter AGNs that have a lot of their light blocked by the dust torus, which other methods have a hard time picking up.

This isn't the end-all of finding AGNs, but it's possible that it will become a handy tool in the future as more and more surveys come online. Even if we find thousands of AGNs, that's not the end of the world. Anything that can power through that amount of observations is very useful.
black holesgalaxiesblacklight
2.2k Like