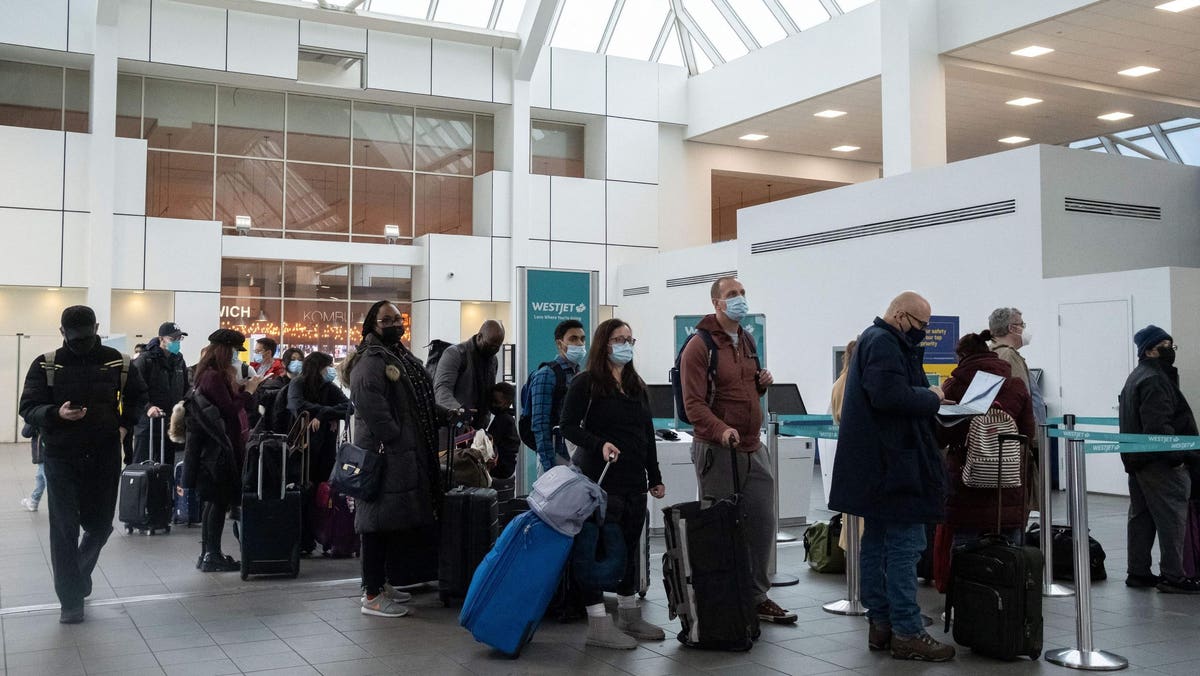 More than 850 flights were canceled on Christmas Day, disrupting some travelers' holiday plans as airlines struggle with staff shortages.

Travelers wait in line to check in at an airport. Over 2,000 flights have been canceled on Christmas Eve, 454 of which are domestic, into or out of the US, as airlines struggle with the Omicron variant of Covid-19. A photo by YUKI IWAMURA/AFP.

Flight tracker FlightAware reported that 884 flights had been canceled in the US as of 11:00 a.m.

2,380 flights were canceled on Friday.

The most affected airport in the US was the main hub of Delta Airlines, the Hartsfield-Jackson International Airport in Atlanta.

Delta did not immediately respond to a request for comment from Forbes, but said in a statement that it had exhausted all options and resources before cancelling flights.

4,905. That is the number of flights that have been canceled on Friday and Saturday.

Scott Kirby, the CEO of United, said earlier this week that his airline would be busy more than at any point so far this year, despite the spread of the omicron variant, which has now been identified in every state. Thursday had the highest amount of traffic in the days leading up to Christmas, with nearly 2.2 million people passing through the checkpoint, more than doubling the traffic in 2020 but not quite reaching pre-pandemic levels recorded in 2019.
David Powell, medical adviser to the International Air Transport Association, said in an interview that the risk of transmission of the omicron variant while on an airplane is two to three times higher than other strains of the coronaviruses. The risk of transmission is lower on planes than on the ground because of hospital-grade air filters, according to Powell.
More than 1,000 flights were canceled over Christmas.

The Airline Trade Body says that airplane passengers are twice as likely to catch Covid-19.
travelers’ holiday plansflightsomicron variantChristmas Amid Omicron
2.2k Like