VP Kamala Harris told allies that the media coverage of her would be different if she was a white man: report 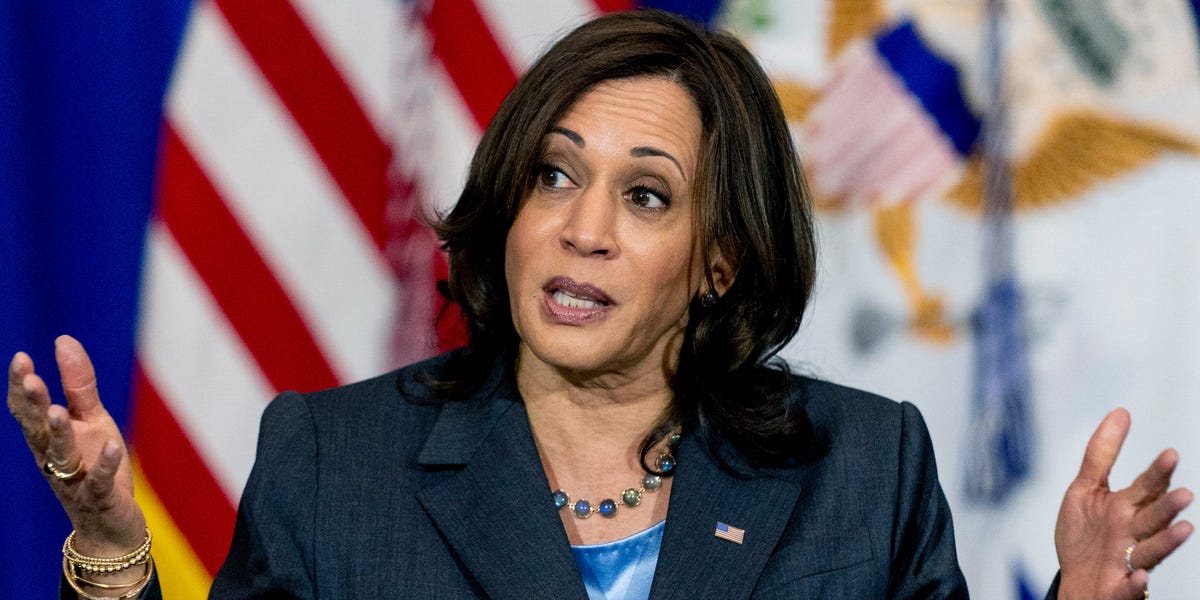 Vice President Harris thinks that the media coverage of her would be different if she were a white man.
According to a report from The New York Times, several White House sources talked about Harris' current position in the administration.
Harris has been telling her allies that she thought the news would cover her differently if she were white and male, because of her negative press coverage.

Harris is more unpopular than any vice president in modern history because of low job approval ratings.

According to The Times, Harris has turned to Clinton to help chart her path. The Times reported that the vice president had faced difficulties with some items in her portfolio.
Biden used Harris to win the White House, but has kept her out of the day-to-day duties of governing, according to some allies.
A senior White House official and two others familiar with the meeting said that Biden asked Harris to say hello to Manchin before excusing her from the room.
When she was sworn in as the nation's first female, Black, and South Asian American vice president, Harris made history.

Harris was criticized in December after her office reported a high staff turnover. Harris' chief spokesman and her communications director were among the staff that left. The high turnover at Harris has been blamed on the high stress of being labeled a "Harris person."

A former Harris staffer told The Washington Post that she had to put up with a lot of criticism from her former boss.

The Trump administration saw more firings, resignations, and reassignments of top staffers than any other first-year administration in modern history, despite the fact that Harris has gotten heat for her high staff turnover rate. 34% of Trump's top staff left or changed positions in January, according to The Washington Post. The turnover rate was four times that of former President Barack Obama and double that of former President Ronald Reagan.