We have not made enough progress on the Northern Ireland protocol 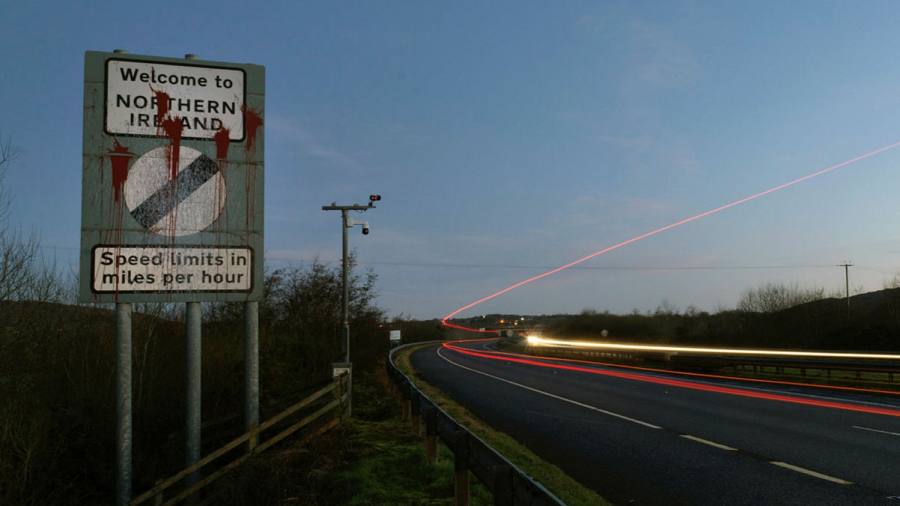 The UK's minister of Exit is the writer.

When I reached agreement with the EU on our free trade deal, I hoped that it would make the UK's relationship with the EU work. Much is working well away from the noise. I have spent most of the year managing the Northern Ireland protocol.

No one could have predicted how 2021. The EU tried to put in place a vaccines export ban across the land border in Ireland, their insistence on interpreting the protocol as if it provided for a normal external EU border through the middle of the UK, and the invocation of infraction proceedings against us.

Supply chains started to change and trade started to be diverted. We saw a reduction in the supply of goods, a decrease in the number of medicines, and an increase in prices for consumers despite the £500m we committed to make the protocol work.

The practical and political difficulties generated by the protocol were obvious to everyone. We were able to fix the situation by presenting a full and comprehensive solution in our July command paper.

We decided that the best way through was to get a negotiated outcome rather than using the safeguards contained in the protocol. We have been talking to the EU about the way forward, including the EU's own limited proposals put forward in October.

We have not made as much progress as I would have liked. With the exception of medicines, where we will look carefully and positively at the EU's proposals now we have them, they do not do enough to ease the burdens or cover the full range of problems faced by people in Northern Ireland.

The simplest solution is to put in place different arrangements for goods that all sides agree will stay in the UK and those that will not, and to manage any risks arising in a collaborative way. The EU's proposals do not do this and our expert analysis does not support the ambitious public claims made for them when they were published.

The undemocratic ways in which EU laws are applied in Northern Ireland must be solved. Sometimes people dismiss this as an ideological demand. If the European Commission can get the ECJ to sit in judgment on our actions, there is no solution. That kind of hair-trigger response is not the right way to achieve sustainable solutions in Northern Ireland and it is also unfair and unreasonable for disputes to be settled by the court of one of the parties.

We would like to find a solution to all of the difficulties. We have been prepared to consider an interim agreement to address the most acute problems. We have proposed various possible ways forward, but we have not found consensus on the content of the interim agreement.

Trade Secrets has been updated by the Financial Times to reflect the changing face of international trade.

The new global economy is being shaped by countries, companies and technologies.

The situation is very problematic. The Good Friday Agreement is being undermined by a protocol. The institutions in Northern Ireland are in danger.

78 per cent of people in Northern Ireland want to change the current arrangements according to the most recent polling.

There is no agreed solution so the safeguards remain on the table. They may be the only way to deal with the problems. If we can, it is better to find a negotiated way through. Time is short. If we are to reach an outcome that delivers for everyone in Northern Ireland, the talks need to resume in the new year. The UK will work for that.
Northern IrelandIrelandNorthernBrexit minister
2.2k Like