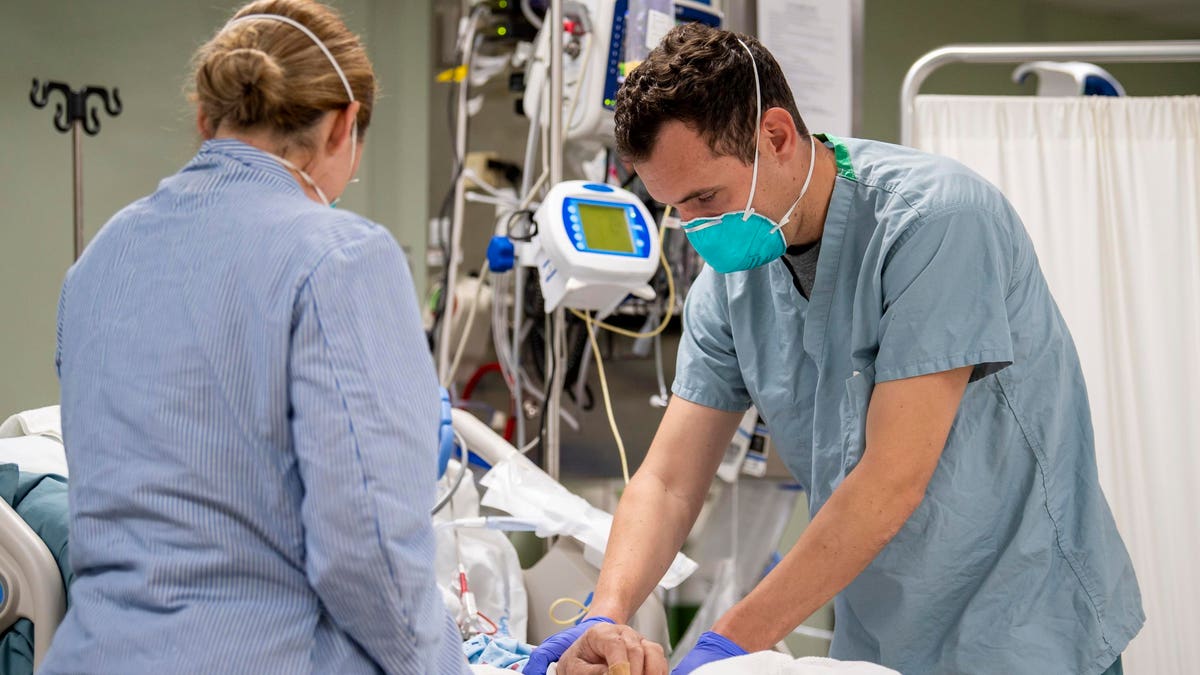 The number of Americans who have died from the coronaviruses since the beginning of the year has reached over one million, according to a report by the University of Baltimore.

The hospital ship USNS Mercy has a lieutenant named Wade Miller on board.

California, Texas, Florida, New York, and Pennsylvania account for more than half of the deaths.

Mississippi leads the country with 347 deaths per 100,000 residents since early 2020, followed by Alabama, New Jersey, Louisiana and Arizona, according to the CDC.

Hawaii and Maine have the highest coronavirus deaths per 100,000 residents.

The United States has lost more residents than any other country, accounting for 15% of the world's total recorded deaths. Fatalities spiked in the spring of 2020 and then plummeted in January after the Covid-19 vaccine became available. Cases and deaths are still below September levels, but daily infections have spiked more than 50% in the last two weeks, and deaths are well above their July lull. In the past seven days, Wyoming has led the nation with 7.6 new deaths per 100,000 residents, followed by Kentucky, West Virginia, and Arizona.

A large wave of Covid-19 cases could be caused by a new coronaviruses variant called omicron. The variant accounted for 2.9% of U.S. infections last week, a sevenfold increase from one week prior, and Dr. Anthony Fauci told CNN he expects omicron to eventually become the country's dominant variant. Omicron may cause less severe illness than previous forms, but scientists worry it could be more transmissible.