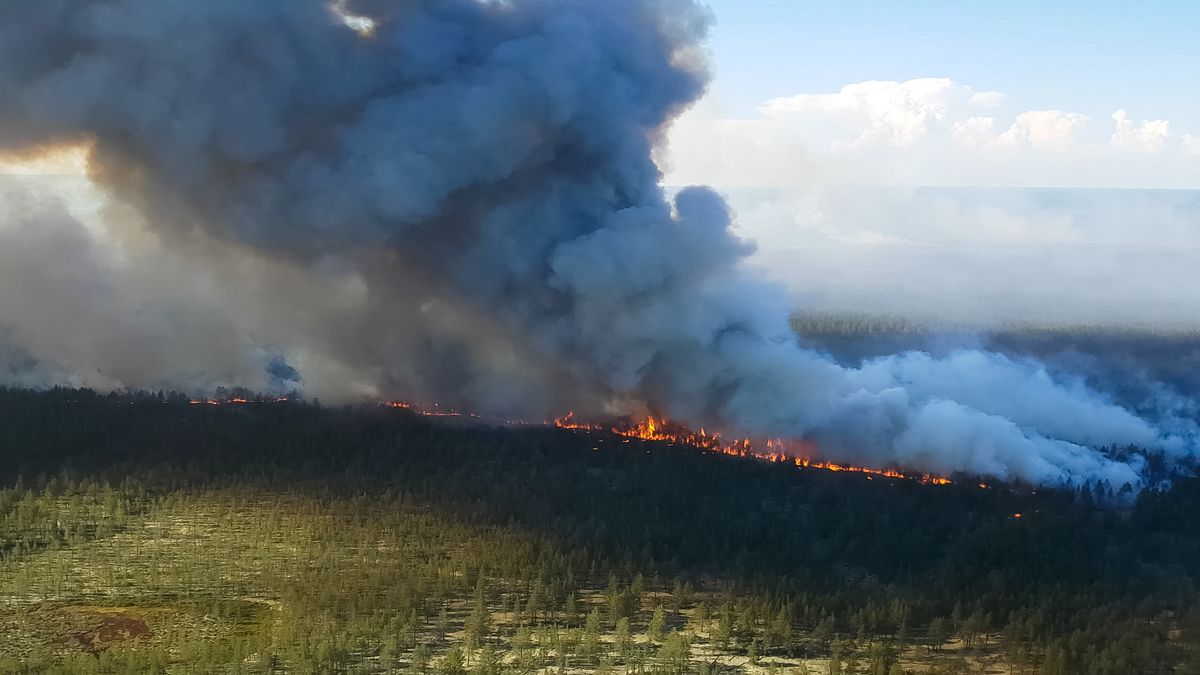 The damage from the Siberia wildfire was the worst since records began. L Yagovy is the image's credit.

The highest temperature ever recorded in the northern part of the planet has been confirmed by the World Meteorological Organization.

At the peak of an extended heat wave, the temperature in the town of Verkhoyansk in June 2020 was 100 degrees Fahrenheit. The WMO said in a statement that the summer temperatures across the region averaged as much as 18 F (10 C) above normal.
The secretary-general of the World Meteorological Organization said that the new record in the northern part of the planet sounded the alarm bells about the changing climate.

The WMO said that the heat wave was a key factor in driving massive sea ice loss and that it was a major factor in 2020 being one of the three warmest years on record.

Siberia's wildfires were the worst since records began this year, destroying an area of more than 18 million hectares of Russian forest. The smoke traveled as far as the North Pole.
The meteorological station in Verkhoyansk has been taking temperature readings since 1885. The organisation has created a new category of extreme weather monitoring for the northern part of the planet, just for the Arctic Circle.
Extreme shifts in its climates are being caused by the heating of the Arctic at a rate more than twice the global average. Live Science previously reported that these include record numbers of zombie fires caused by the burning of carbon-rich peat, the breaking up of some of theArctic's thickest ice, and the release of radioactive waste.
The demise of the polar bear by the end of this century is predicted by scientists. The growth of a "pizzly" bear, a hybrid of a polar bear and a grizzly bear, is being seen by increased temperatures.

It is possible that there will be more extreme events in the future.

The world has experienced record-breaking temperatures in other parts of the world. The temperature at Argentina's Esperanza Base hit a new record of 64.94 F (18.3 C) in 2020. Syracuse, Italy, had a temperature of 119.8 F (48.6 C) this year, making it the highest recorded temperature in European history.

Live Science reported that the mercury hit 130 F (54.4 C) in California's Death Valley this summer. The current record for the highest temperature ever recorded in the world is 131 F (55 C) in Kebili, Tunisia, which was registered on July 7, 1931.