Netflix launches a website dedicated to news about renewals, exclusive interviews and more 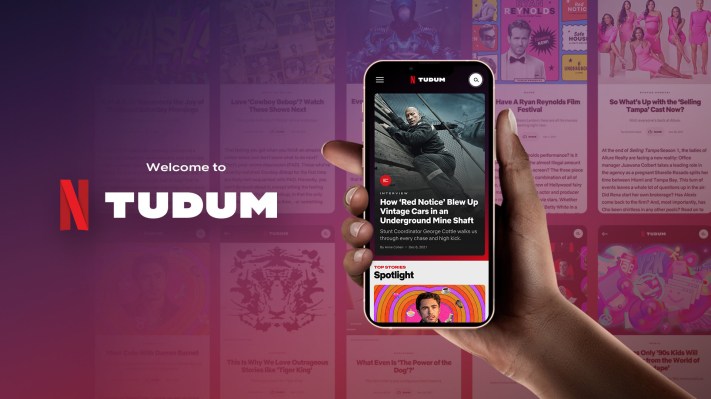 The new website, called "Tudum," will host consumer news about renewal and release dates, as well as extra content featuring its TV shows and movies. The website is being marketed as a place to discover more about your favorites. Users can log into the website with their account. The website is still in its early days, as it plans to continue to build it out and add new features in the future.

Tudum will have more information about the shows and movies on the internet. Users will be able to dig deeper into its content and find out things like where else they have seen the cast of "The Witcher" and whether "Maid" is based on a true story, thanks to the new features on the website. The website has cast breakdowns, information about popular content, a section about upcoming shows and more.

Tudum is a backstage pass that allows you to dig deeper into the films and stars you love. You can expect exclusive interviews, behind-the-scenes videos, bonus features, and more. Check it out.
>
December 9, 2021.

Bozoma Saint John, the chief marketing officer of the streaming giant, announced the launch of the new website in a post. It is still early days, and our launch today is just the beginning.

The new website is only available in English and is accessible around the globe. It is not known if the website will launch in more languages.
Netflixwebsiterelease dateshost consumer
2.2k Like