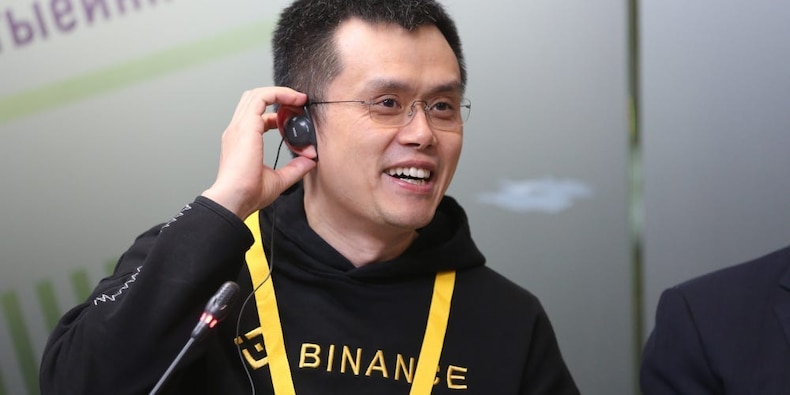 Changpeng Zhao is the CEO of Binance.

The images are courtesy of Andrey Rudakov/Bloomberg.

After making efforts to win over the financial regulators in the UK, the exchange is reviving its plan to set up a UK arm.

Changpeng Zhao, its CEO, told The Telegraph in an interview that it plans to become a registered firm in six to 18 months.

According to the Telegraph, Zhao said that the UK office has been established with a number of local ex-regulatory staff and a couple of hundred compliance people.

"We're re-engaged there," he said. We are making a number of significant changes to our organizational structures, product offerings, internal processes, and the way we work with regulators.

He said that the relationship between the two financial watchdogs has improved since the banning of its London-based affiliate from conducting regulated activity.

"We want to continue to establish a presence in the UK and serve UK users in a fully licensed and fully compliant manner," Zhao, nicknamed "CZ," told the Telegraph.

Three months after the June block, the FCA complained that the exchange wasn't able to be effectively supervised and that it had failed to provide information about its business model and wider product offerings.

The company withdrew its application in May after failing to comply with the money-laundering requirements.

The UK launch of the exchange could be helped by setting up a separate company there, similar to the US exchange it launched in 2019.
There is no head office or formal address for Binance. The exchange was set up in China and registered in the Cayman Islands, but it still has a digital presence.

The company was banned from operating in some countries due to its failure to register with local regulators. Canada, Japan, Germany, Thailand, Italy, and the Cayman Islands are just some of the countries that it has faced.

After running into regulatory trouble, Zhao pledged to double the size of the global compliance team with an aim to bring on qualified and experienced advisors.

The team requested in-person meetings as soon as they saw the notice. Communication is happening.

A smid-cap fund manager who worked in the heart of the last 2 financial crises lays out his 'live to fight another day' strategy that's returned 62% over the past year.