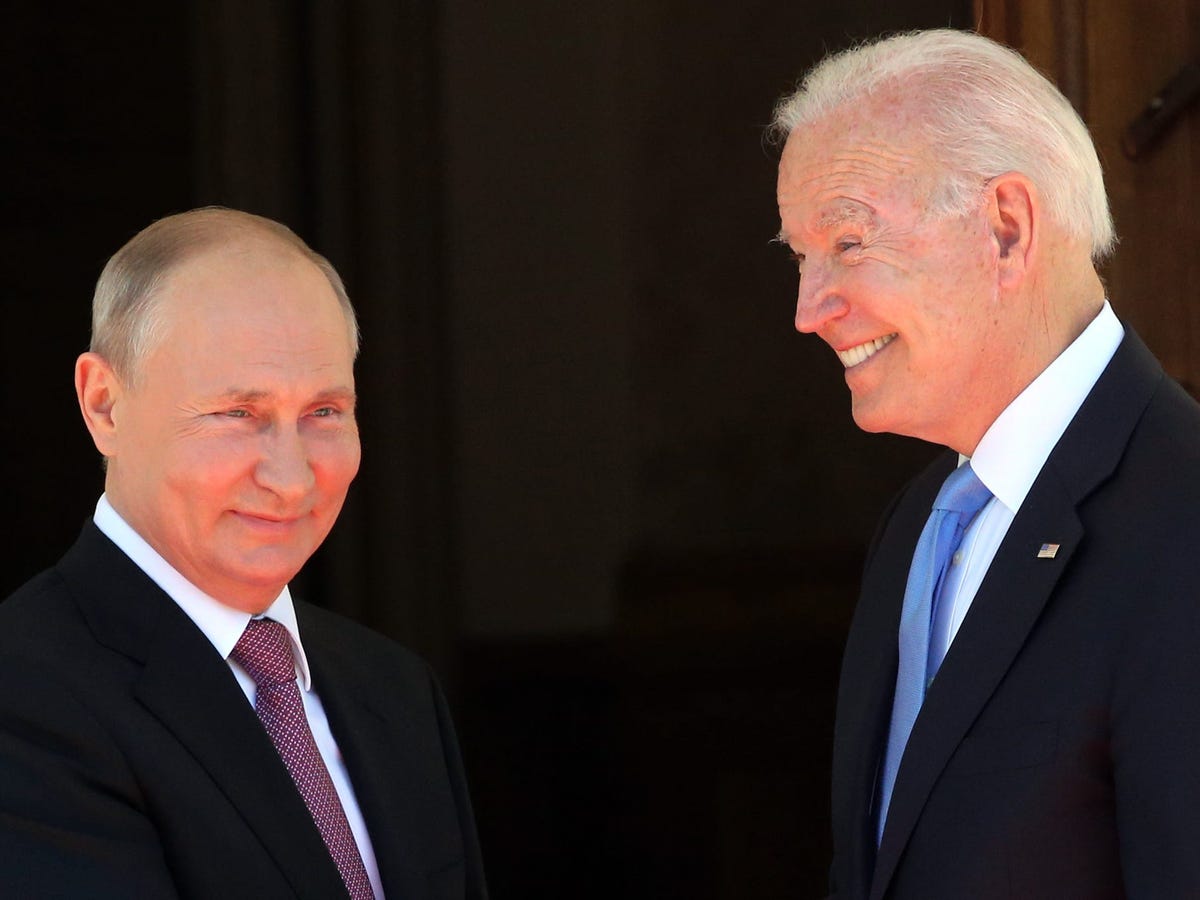 President Joe Biden warned Russian President Putin against taking military action against Ukraine after US intelligence warned of Russia's plans to launch an offensive attack as early as 2022.

"We've been aware of Russia's actions for a long time and my expectation is we're gonna have a long discussion with Putin," Biden told reporters outside Camp David in Maryland on Friday, according to the Associated Press.
A Biden administration official told the Associated Press that the US intelligence shows that Russia will deploy 175,000 troops to the Ukraine and that half of them are already near the Ukrainian border.

Biden said Friday that he was putting together the most comprehensive and meaningful set of initiatives to make it difficult for Putin to do what people are worried he may do.

The Washington Post reported on Friday that the Kremlin is planning an attack next year. According to the Post report, it's also demanding that NATO stay out of the region and that the US promise that the Ukraine will not join NATO.

The Post has seen an unclassified document that says Russian troops are currently stationed in four locations with 50 battlefield groups deployed with tanks and artillery.

A senior administration official told the Washington Post that the Russian plans call for a military offensive against Ukraine as early as early 2022. The plans involve extensive movement of 100 battalion tactical groups with an estimated 175,000 personnel.

A Biden administration official told the Associated Press that the US has seen an increase in Russian propaganda to weaken NATO.

The US is close to setting up a call between Biden and Putin, according to the White House.

"It would be an opportunity to discuss our serious concerns about the bellicose rhetoric, about the military build up that we're seeing on the border of Ukraine," Psaki said.