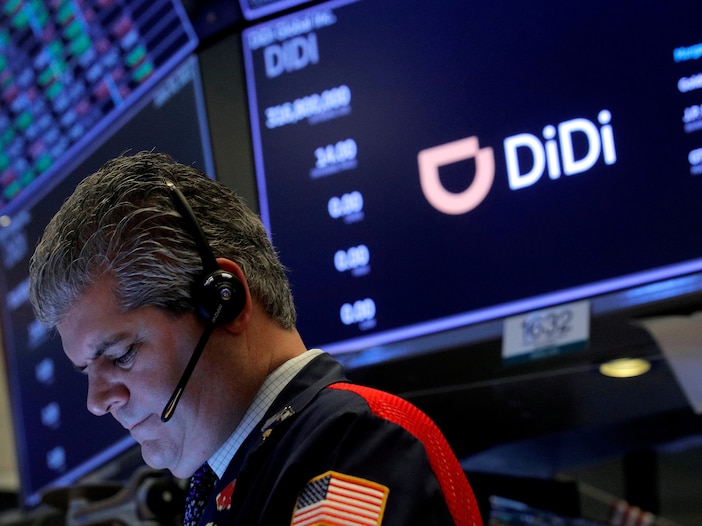 The app provider said in a statement that it will pull its offering from the New York Stock Exchange and go for a listing in Hong Kong.

Didi has been under intense pressure from Chinese regulators since the company's blockbuster IPO in New York in June.

Beijing is unhappy with the number of domestic companies that have listed in the US, and the move makes the fight over airing of information in such listings hotter.
If Chinese companies don't open their books to be inspected by the US market regulators, they will be kicked out of the US stock market.

The S&P 500 index of top US blue chips has risen 22% this year, while the Golden Dragon index of US-listed Chinese stocks has fallen 37%.

Didi's decision comes less than six months after its New York IPO, which was one of the biggest in the past 10 years. On Thursday, the stock closed at $7.80.

The app provider went ahead with its US listing despite a request from China's internet regulator to put the offering on hold while it looked into its handling of customers' personal data.

The Cyberspace Administration of China has become more aggressive since then, and in November they asked Didi to delist in the US because of concerns about data leak.

Softbank fall steepens after report that Chinese regulators have asked Didi to delist from U.S.