Microsoft’s new Office UI is now rolling out to everyone 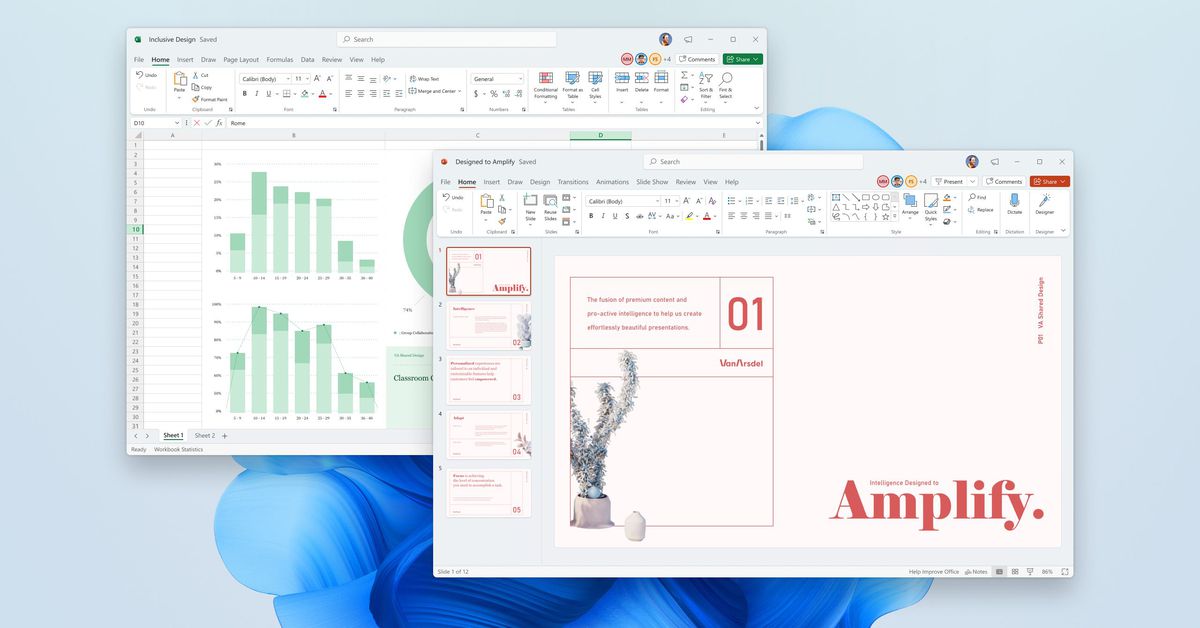 The new Office interface is going to be rolled out this week. The visual update went into testing over the summer. It is starting to be used by all Office 365 and Office 2021 users.

The new OfficeUI is designed to match the visual changes in Windows 11 and it includes a more rounded look to the Office ribbon bar. Office will now match the dark or light theme that you set inside Windows, which is a relatively simple refresh.

The Office has a new visual update.

The image is of Microsoft.

The Coming Soon megaphone icon in the top right-hand corner of Word, Excel, PowerPoint, or OneNote can be used toggled on or off the new look. 50 percent of current channel subscribers will have the visual update enabled automatically, and it should be available for all Windows 11 users right now.

Microsoft has teased more dramatic changes to its OfficeUI, which included moving toward more of a command bar instead of the traditional ribbon interface. We are expecting to see these in the web and mobile versions of Office first, and Microsoft said last year that it could take a year or two to roll out its bigger OfficeUI changes.
OfficeOffice visual updateMicrosoftstarting to roll
2.2k Like