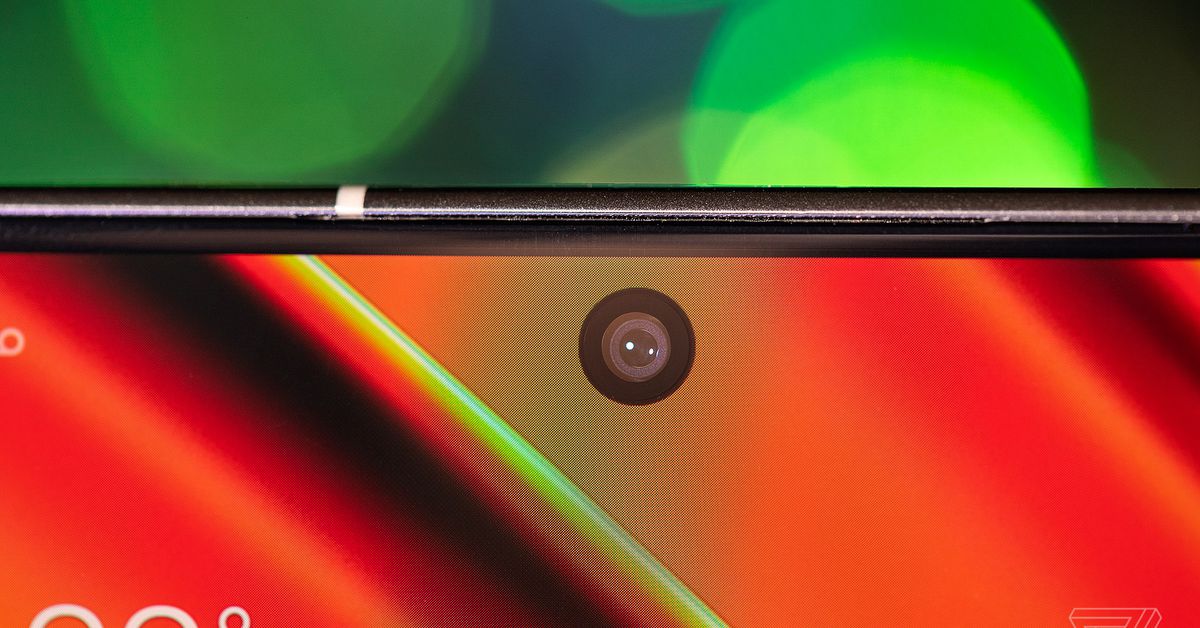 The camera on the phone. The cameras will be able to always look at your face even when you don't use the phone.

The photo was taken by Amelia Krales.

Even if you don't touch it or wake it, your phone's front camera is always looking for your face. The new camera capabilities in the Snapdragon 8 Gen 1 processor were introduced by Judd Heape, vice president of product management.

That statement can either be exciting or frightening. This new feature will enable new use cases, like being able to wake your phone and use it without having to pick it up or have it lock when you don't want to use it.

For those of us with a sense of how modern technology is used to violate our privacy, a camera on our phone that is always recording images even when we are not using it sounds like the stuff of nightmares and has a cost to our privacy that far outweighs any potential convenience benefits.

A camera that records when you aren't using it.

If you glance at your phone while sitting on a table or propped up on a stand, you can get an unlocked phone. You don't need to say a voice command or pick it up, it just unlocks when it sees you. I can see this being useful if you have a lot of hands, like when you cook a recipe to check the next steps. If you have a phone mounted in your car, you can just glance over at it to see directions without having to take your hands off the steering wheel.

The company is saying that it will make your phone more secure by automatically locking it when you don't see your face or someone looks over your shoulder, and that it will also make your phone less vulnerable to snooping. If you are looking at the phone with someone else, it can cause notifications to pop up. If you don't look at it, your phone is locked, and if it can see you, it will be unlocked. If it can see you and someone else, it can lock the phone or hide private information from the screen.

I am not convinced that having an always-on camera is worth the tradeoff in privacy concerns.

The camera features are discussed in the third hour of the presentation.

The always-on camera is similar to the always-on microphones that have been in our phones for a long time. Those are used to listen for voice commands and then wake up the phone and give a response, all without having to touch or pick up the phone. The key difference is that they are listening for specific wake words and are limited with what they can do until you actually pick up your phone and unlocks it.

It feels different when the camera is always looking at your face.

We already have microphones in our phones, but an always-on camera is a step up.

It is true that smart home products have features like this. When you walk up to the Nest Hub Max, it uses its camera to recognize your face and give you a personal greeting. Home security cameras and video doorbells are constantly on, looking for activity. Those devices are in your home, not always carried with you everywhere you go, and generally don't have your most private information stored on them, like your phone does. They have features like physical shutters to block the camera, and intelligent modes that will only allow you to resume recording when you aren't home. It is hard to imagine a phone manufacturer putting a shutter on the front of their phone.

There have been many reports of security breeches and social engineering hacks to enable smart home cameras when they aren't supposed to be on and then send that feed to remote server without the knowledge of the homeowner. It is not clear how modern operating systems would be able to tell you when a rogue app is looking into your camera while you are using it.

Heape implied that the data wouldn't be sent to the cloud and that apps on the phone wouldn't be able to access it.

The pop-up module was used to hide the camera system. Maybe it is time to bring this idea back.

The photo was taken by Vjeran Pavic.

It is possible that this feature won't be enabled on a hardware level by the manufacturers. Since Qualcomm doesn't actually make the smartphones its chips go in, companies likeSamsung, OnePlus, andXiaomi can choose which features are enabled on their phones and which aren't. Some of those companies already bypassed the image processing components of Qualcomm in favor of their own solutions, so it's not hard to see them skipping the privacy concerns and forgoing this feature as well.

Even if it isn't found in every phone next year, it will still be used by someone at some point. It sets a precedent that is unnerving and uncomfortable, but it won't be long before other companies add it in the race to keep up.

Maybe we will have to put tape on our cameras just like we do with laptop webcams.
always-on cameraphonecameraQualcomm
2.2k Like

How to take HDR photos on your iPhone