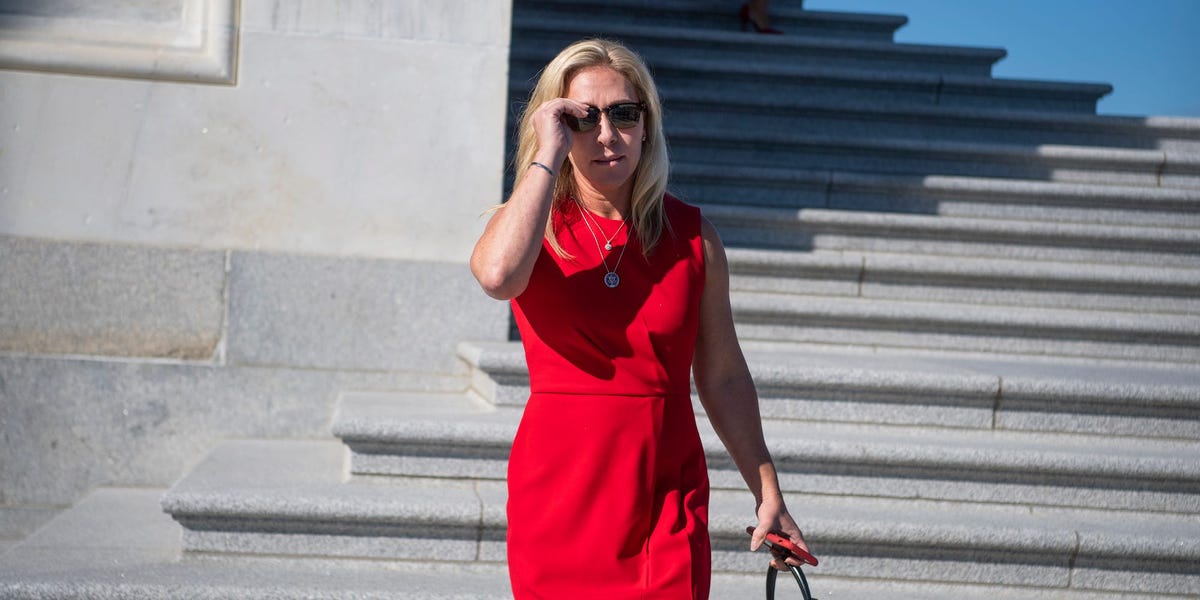 Marjorie Taylor Greene said people should never apologize for supporting Islamic terrorist sympathizers, communists, or those who fund murder with our tax dollars.
The Jihad squad and IlhanMN areundeserving of an apology, according to a statement from the author.

Lauren Boebert apologized on Friday for telling a story implying that Democratic Rep.

On Thursday, a video was posted on social media that showed Boebert telling a story about a run-in with the lawmaker. Boebert said that a Capitol Police officer ran towards the elevator with "fret all over his face" after she got onto the elevator.

She doesn't have a backpack. Boebert told the officer that they should be fine.
She said that the Jihad squad decided to show up for work.
Boebert apologized on Friday and said she's reached out to the office of the lawmaker.
Boebert was called a "buffoon" by Omar.

She thinks bigotry gets her clout. Anti-Muslim bigotry shouldn't be normalized. Congress can't be a place where Muslims are not condemned.

"Normalizing this bigotry endangers my life and that of all Muslims." "Anti-Muslim bigotry has no place in Congress," said the lawmaker.
Arthur Schwartz, an informal adviser to Donald Trump Jr., suggested that Boebert was wrong to apologize.
"Boebert was wrong, as she doesn't wear suicide vests, she just wants to use your money to pay those that do," Schwartz wrote.
Marjorie Taylor Greene is on November 28, 2021.

On Sunday, she doubled down on her earlier statement, writing: "Never." On Sunday, she posted a screen grab of a CNN segment of her remarks.
At the time of publication, the offices of the two congresswomen did not respond to Insider's request for comment.
Marjorie Taylor GreeneOmarDemocratic RepGreene
2.2k Like