'Succession' quietly broke an unofficial record once held by 'The Office' 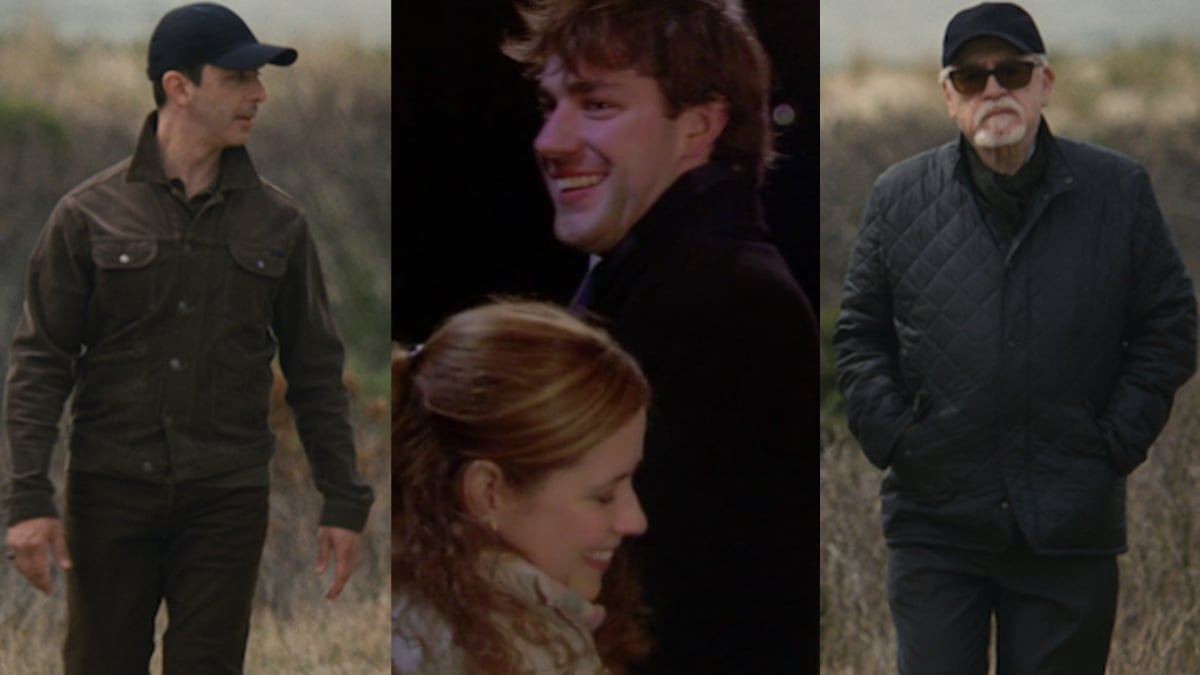 While the employees of Dunder Mifflin and Waystar Royco are very different, they share something in common: an affinity for long, painfully awkward silences.

If you're a fan of the off-air NBC workplace comedy, there's a chance that you've heard of a silence. In the eleventh episode of the second season, titled "Booze Cruise," Jim and Pam sat on the deck of a ship and reflected on Pam's relationship with Roy. In those 27 seconds, you can see a journey play out on the character's faces. Jim is processing the fact that Pam finally complained about her fiancé and is fighting the urge to confess his own romantic feelings for her. Pam is waiting to see how Jim will react and wonder if she overstepped.

The Office is a film by NBC and Pacok.

When the episode aired in January of 2006 it was the first time a long silence on network television had been seen. Greg Daniels explained on the Office Ladies show that there was a lot of urge to trim that up. That's a long time to not have people talking. He wanted to keep all 27 seconds in the final episode because he felt it set the show apart. "That was part of the reason the show was so special and different from what was on TV," he said.

The Office is a film by NBC and Pacok.

More than a decade later, the cast, crew, and writers of the show still celebrate those 27 seconds of silence, because the scene showed that The Office wasn't afraid to take bold risks on TV. It's not clear if the series set a record for longest TV silence in "Booze Cruise" or how many other shows have out- silenced them since 2006, but I do know one thing for certain: a recent episode of Succession featured a stretch of silence nearly twice as long as the

In the fourth episode of Succession Season 3, "Lion in the Meadow," the Roy family tries to save their company after a mid-blood feud with an investor. The investor left the two alone at the start of the meeting, which lasted 23 seconds of silence. The men were getting warmed up. The father and son were alone again later in the day, and they let a 48 second silence linger between them. 48 seconds! I'm shifting in my seat to think about something.

The scene, which could give any onlooker secondhand anxiety, shows two people sitting at a table on the beach. Surrounded by a feast of un eaten shellfish, they restlessly adjust their posture, blink, inhale, exhale, flex their facial muscles, and steal glances at one another from underneath the brims of their black baseball caps while nothing but faint beach noises can be heard. As the seconds pass, you can almost feel the tension between them growing. After 48 seconds, he finally caves and asks, "What?!" The investor returns before they have a chance to talk, but it's a scene that will go down in television history.

The credit is given to Mack B. Powell.

Succession's ability to pull off a 48 second verbal pause is part of what makes the show so special, so different from the rest of what's on TV. The behavior of the two men, their refusal to engage with each other for that long, spoke volumes about their emotions and was likely more effective than any dialogue-heavy blow up would have been.

The Office's memorable silence was never planned, according to Ken Kwapis, who is the director of Welcome to Dunder Mifflin.

Both John and Jenna knew there were no rules about pace. We're observing them because they're not doing a scene. Two people are having a moment. He said that it was not objectionable to let the moment linger. I don't remember, when we shot it, I felt like 'Oh my God, this is it.' We've broken the record for the longest time not talking.

Succession's silences were planned in advance. We might never know. I can't imagine anyone shooting that second exchange cut without feeling like they'd just broken the record for longest moment of not talking.
Waystar Roycopainfully awkward silencesOfficeBooze Cruise
2.2k Like