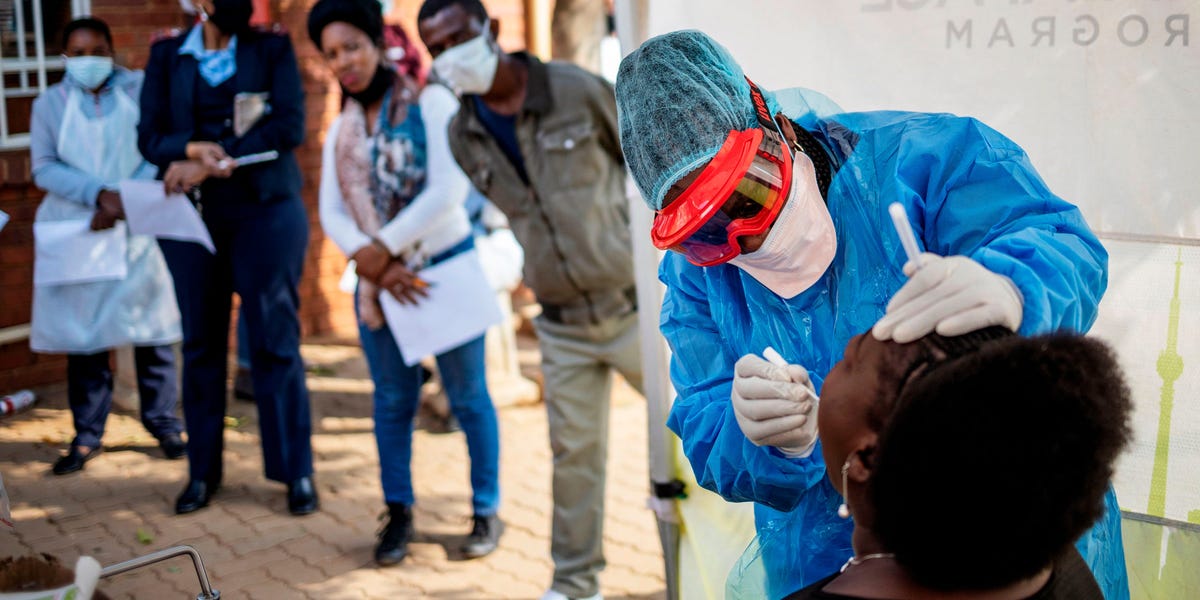 The World Health Organization designated the new coronaviruses variant B. 1.1.529 as a "variant of concern" on Friday.

South Africa first reported the variant to the WHO on November 24, according to a WHO press release. The first known case of the variant of coronaviruses was detected in South Africa.

Omicron cases have been reported in several countries.

The WHO said on Friday that the variant has a large number of changes. Preliminary evidence shows an increased risk of reinfection with this variant.

"Variants of concern" is a designation for coronaviruses that cause more severe disease or are more resistant to vaccines. Insider's Dr. Catherine Schuster-Bruce reported that Omicron's high number of mutations could increase the odds that vaccines and other treatments won't be as effective against the variant.

There is no indication that this variant is currently in the US, according to Dr. Anthony Fauci. The US is slow to sequence coronaviruses compared to other countries.