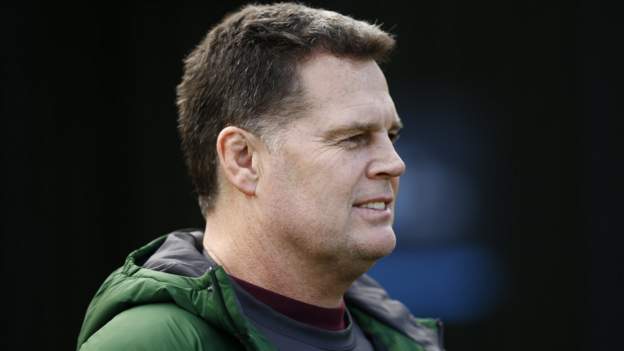 Rassie Erasmus apologized and withdrew his appeal against his World Rugby suspension.

The man was reprimanded for an hour-long video that was critical of the referee in the first Test between the British and Irish Lions.

He was banned from all rugby for two months and from being involved with the Boks on matchdays for a year.

SA Rugby has apologized to the match officials.

SA Rugby and Erasmus have advised World Rugby that they will not lodge an appeal against the sanctions imposed by the Judicial Committee.

We have no desire to prolong the experience for anyone because of the high stress and charged environment.

We have drawn a line under the incident and are looking forward. The hearing will allow for clarity for the coming months, as we will respect the outcomes.

The public apology was required by World Rugby.

They said they considered the matter closed.

World Rugby has banned him.

The governing body found the video to be abusive and insulting.

He was described as "particularly serious and egregious".

It said that "Erasmus appears not to appreciate the corrosive effect his behavior has on the game more widely, as well as the viewing public and press".

The video highlighted 38 incidents that he felt his side had been on the wrong side of, and also claimed that the captain of the South African team, Siya Kolisi, had not been treated with the same respect as his counterpart Alun Wyn Jones.

The video appeared online after Nic Berry was contacted by Erasmus to discuss his performance.

He stepped down from his position as head coach of the South Africa's rugby team after they won the Rugby World Cup.

He was a water carrier for the team in the win over Scotland, but he was not present at many of the games.