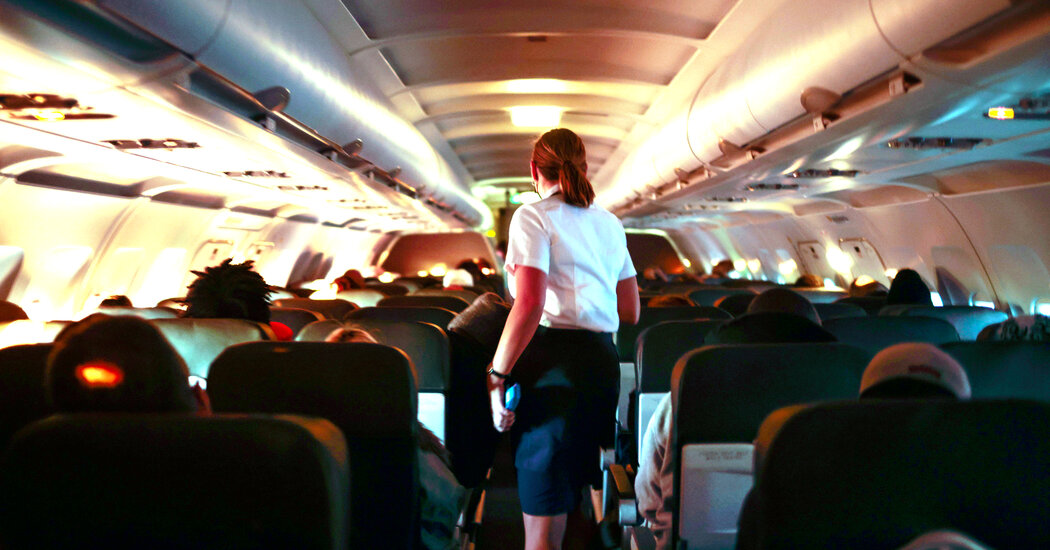 As millions of travelers make their way across the United States for Thanksgiving, Attorney General Garland directed prosecutors to prioritize the prosecution of federal crimes on commercial aircraft.

The federal government has increased prosecutions of crimes on flights because of the high levels of travel in the United States. Some passengers have threatened flight attendants.

Federal law prohibits assaults, intimidation and threats of violence that interfere with workers on flights, as well as other criminal acts that can occur during a flight.

Flight attendants have filed reports in the Aviation Safety Reporting System about a chaotic workplace where passengers abuse airline employees.

Mr. Garland said in a statement on Wednesday that passengers who threaten violence against flight crews and flight attendants prevent the performance of critical duties that help ensure safe air travel.

In the past year, there have been 5,338 unruly passenger reports and 3,856 mask related incidents according to the Federal Aviation Administration.

DOJ Tells Prosecutors To Crack Down On Violent Inflight Behavior

Delta Pushes Airlines to Create a National 'No Fly' List of Unruly Passengers, After Banning 1,600 People From its Flights

United Asks Flight Attendants Not to Tape Passengers to Seats