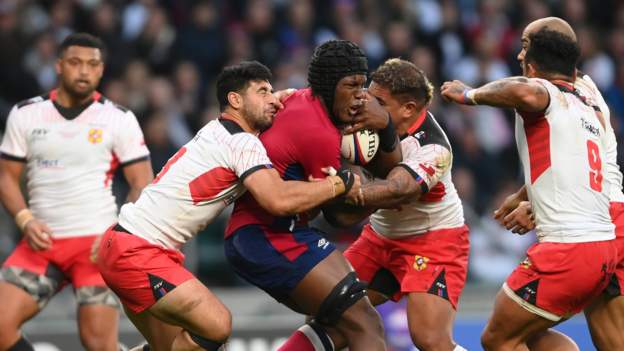 The new rules will allow Charles Piutau to play for Tonga in the future.

A player will be able to represent another country after a three year stand-down period in January 2022.

A player can move to a nation of their parents' or grandparents' birth, but only once.

The ruling was passed by more than 75% of the World Rugby council votes.

The governing body says the new process will benefit players.

Bill Beaumont said that World Rugby listened to its membership and sought to update the regulation to reflect the modern professional rugby environment without compromising the integrity of the international game.

The global players' union backed the move, saying it is the culmination of years of work with their members.

"Many players across the world will now benefit from the chance to represent the country of their or their ancestors' birth, serving as a real boost to the competitiveness of emerging nations, which in turn, will benefit the game as a whole," said International Players' Union chief executive.

The ruling will benefit the likes of Tonga and Samoa, but it will not benefit other emerging nations who prefer home-grown players.

There is a chance that a player may represent the second Six Nations side of their career if they apply immediately for a transfer from 1 January 2022.