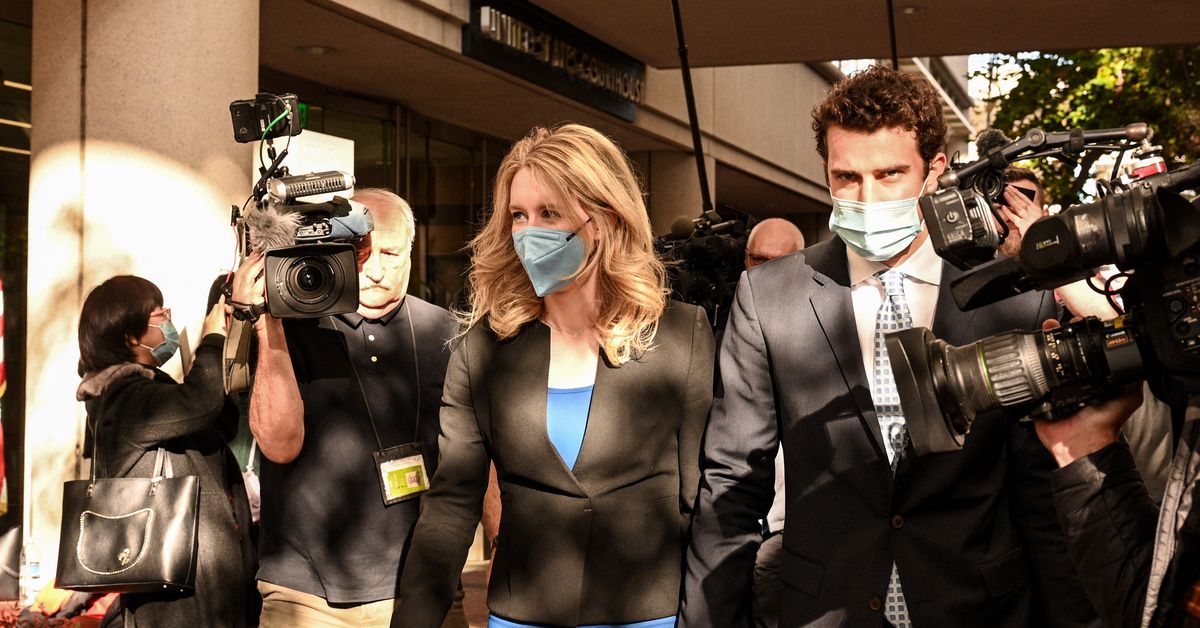 The defense has been trying to show us that Theranos had a real device and worked with real pharmaceutical companies. The defense was asking about that time period, and that hasn't been a problem. The point seems to be that some things at Theranos were real.

We saw a marketing version of her wire fraud trial today. The guts of Theranos devices were seen by us. The company iterating on the device was mentioned. We received emails from pharma companies.

Two reports bore logos for Pfizer and Schering-Plough. The original version of the memo had been changed. The report was sent to the pharma company without the logo of the company on it. The version Walgreens saw had a logo and language that said it would give more accurate and precise results.

The trial was delayed for an hour and a half for a meeting between attorneys for the two sides. There was no explanation for the meeting. The court session ended at 1PM Pacific.

The Series 1.0 device didn't work, and the person asked why. They were held together with a glue, but the glue loosened and let the layers peel apart. I was not sure why this would matter, we knew Theranos was iterating on the device.

The objectives of the program were successfully achieved.

She didn't have technical knowledge, but she did want to make sure she wasn't confusing the jury. At times, the testimony hewed so closely to the documents was funny. She would respond with a sentence in the email after reading it. There was a slide titled "Completed Successes." Kevin Downey asked her what success meant.

She said that the program had achieved its objectives. When did Theranos perform? It was really good.

Most of the completed successes were preliminary drug company studies. The study was published and was done with Stanford.

I think calling her every morning for the last three weeks finally paid off.

The Theranos device was tested against standard labs in the Centocor trial. When asked how her device did in comparison, she said it did well. Many of her answers were brief and matter-of-fact, as if she were discussing the weather.

The most interesting parts of her testimony were about Pfizer and Schering-Plough. The government must show that she knew she was lying when she gave investors bad information if she is to be found guilty of wire fraud.

We saw some emails. The main point of contact for Theranos was at Schering-Plough. Cullen was a witness for the prosecution. The work with Theranos fell by the wayside since she was put in charge of a newly-combined group, as she testified.

An employee of Theranos sent an email to Holmes that said that the acquisition had taken a toll on the employee. The email said it was awesome. "I think calling her every single morning for the last three weeks finally paid off", said Holmes, when asked if she had been told of the low opinion of Theranos' tests by the pharmaceutical company. The person said no.

Drug companies have passed on doing real work with Theranos.

The defense produced emails that showed that Pfizer had a partnership withHolmes as late as 2015. Pfizer proposed using Theranos' Walgreens centers as clinical trial sites. Thearnos did not work on a clinical trial for Pfizer.

It is possible that all the drug companies looked into the Theranos device and decided not to move forward for unrelated reasons. Drug companies have passed on doing real work with Theranos.

The work of Theranos is not disputed in today's presentation. The government says the fraud didn't start until later. liars don't lie all the time

I hope there is more email evidence as she gets closer to testifying. I was struck by how believable she sounded and how confident she was in telling the truth. Being preceded by those tapes means that no matter how confident or trustworthy she sounds, I still find myself questioning what she says unless there is something else to confirm it.

In a surprise move, Elizabeth Holmes is testifying at the Theranos fraud trial