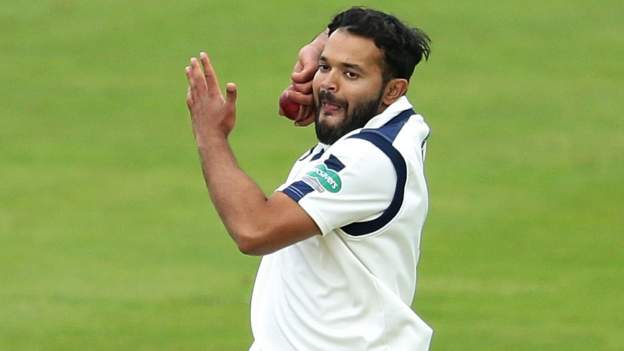 Azeem Rafiq apologized for using anti-Semitic language in his messages.

Rafiq, a former spinner at Yorkshire, spoke at the Digital, Culture, Media and Sport select committee this week about his experiences of racism.

He said he had no excuse for the messages.

He apologized to the Jewish community and said he was angry at himself.

Rafiq said he deleted the messages to not offend anyone.

I have no excuse. He said he was ashamed of the exchange.

I believe I am a different person than I was when I was 19 years old.

Rafiq spoke about his experiences of racist abuse when he played for Yorkshire.

He claimed that he was close to taking his own life because ofinstitutional racism at Yorkshire.

No-one would be disciplined following the report.

Rafiq said that English cricket was "institutionally racist" and that racist language was "constantly" used during his time at Yorkshire.