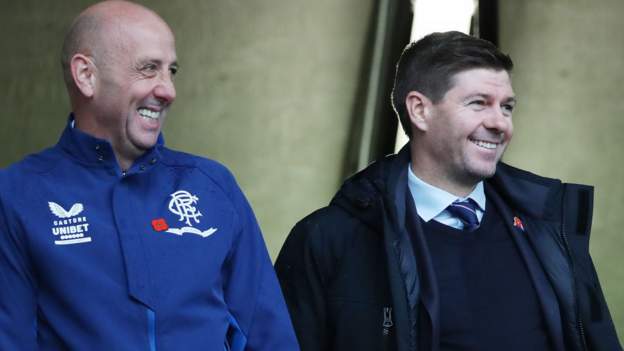 Gary McAllister, the assistant manager to Steven Gerrard, has returned to Aston Villa.

McAllister was one of the staff who followed Gerrard from Rangers as boss. He was also assistant to Gerard Houllier at Villa between 2010-11.

After having worked with Dean Smith, Austin MacPhee and Aaron Danks remain as coaches. Neil Cutler is also still on the team.

McAllister will have Beale as an assistant, Culshaw will take over a technical coaching role and Mason will be leading the analysis department. Milsom will assume responsibility for fitness and conditioning.

Gerrard was the Scottish champions when he left Rangers, leading them to their first title in 2011 and denying Celtic a 10th.

He took charge at Villa on Thursday - replacing the sacked Smith - on a three-and-a-half-year contract, and has inherited a side lying 16th in the Premier League following five straight defeats.
gerrardconfirmsworkedrangersstevenassistantmilsomcoachingstaffvillabossculshawastongarymcallistermason
2.2k Like