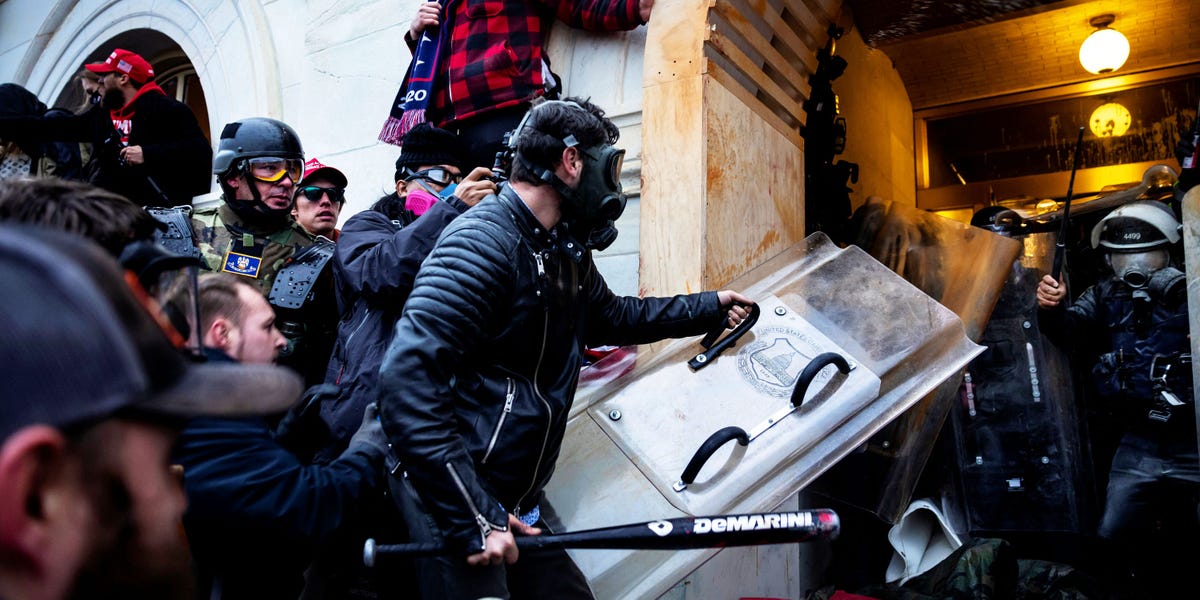 After participating in the Capitol Riot, a Chicago-area tech chief was fired in January.
Bradley Rukstales was convicted of parading, demonstrating, and picketing in a Capitol.

In a statement, he apologized and stated that he accepts this court's decision.

On Friday, a former Chicago tech CEO was sentenced for his involvement in the January 6 rebellion during which a pro Trump mob broke into the Capitol.

Bradley Rukstales, Inverness, Illinois was originally charged with four counts: entering and remaining inside a restricted structure, disorderly and disruptive conduct in restricted buildings, violent entry, and disorderly conduct at a Capitol. He also faces parading, demonstration, or picketing in the Capitol.

A plea agreement was reached in August and he pleaded guilty to the fourth charge. The other three were dropped.

According to US District Court records, Rukstales was sentenced for 30 days in prison. He was also ordered to pay $500 in restitution the Department of the Treasury.

Rukstales, who was previously the chief executive at Cognesia (a Chicago-based marketing data company) prior to the Capitol Riot, was fired on January 7. On January 7, Rukstales was fired by the company for his actions not in line with company values.

Rukstales also released a statement on January 7, apologizing to the Capitol for his actions.

He said, "In an instant of very poor judgment after the Jan.6 rally in Washington," he added. "I regret deeply that I made the wrong decision to enter Capitol.

Following his sentencing, he also made another statement.

He wrote, "I am sorry for the actions I took that day and I accept the decision of court." "As a patriotic citizen I hope and pray that our nation's citizens will continue to move forward united by the many commonalities they share."

According to court documents Rukstales was a member of a group that accompanied police as they retreated down a staircase in the Capitol. Surveillance footage showed chairs falling down teh stairs behind them.

According to prosecutors, Rukstales "descended a stairwell and picked up one the chairs at the bottom, and threw it towards the place where the officers had retreated." The police were "dozens of yards away" at this point, and they were not in danger from being struck by the chair.

In connection with the Capitol insurrection, nearly 700 people were charged.
firmactionschicagoareariotprisoncapitoldaysbuildingrukstalesstatementstairwellsentencedtechchairrestrictedthrowingceo
2.2k Like