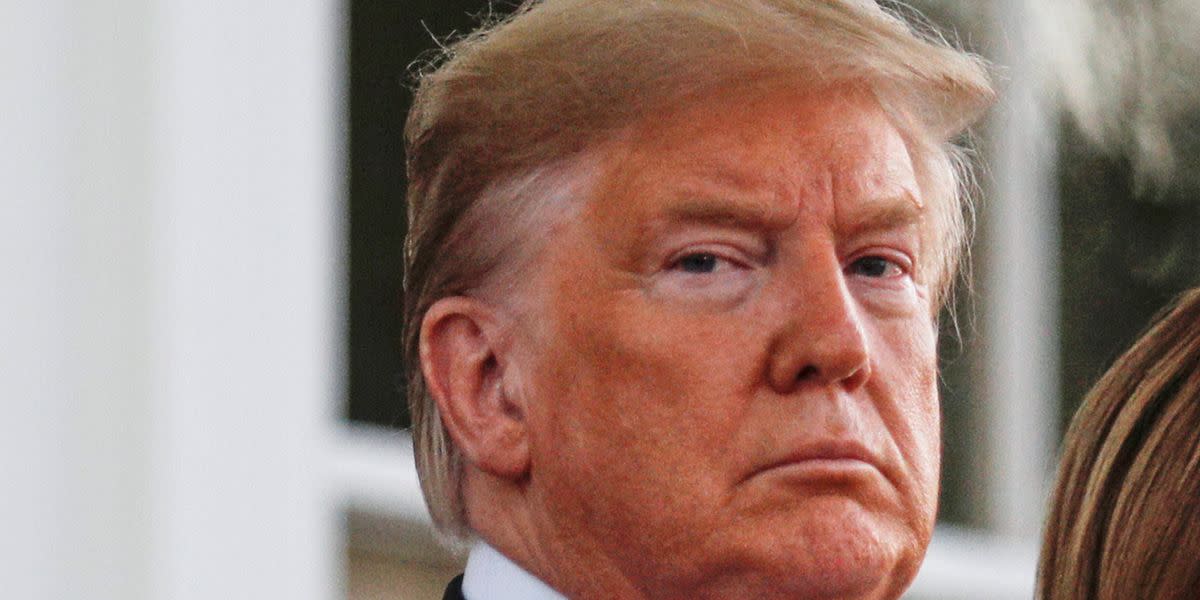 According to congressional investigators, top health officials told Congress that the Trump administration blocked critical warnings from the Centers for Disease Control and Prevention (COVID-19) was exploding all across the country. These statements were based on newly released interviews and other records.
After Dr. Nancy Messonnier, a health expert for the agency, warned that COVID-19 would spread quickly last year, Trump reacted furiously and curtailed media appearances by CDC officials.

Messonnier stated that her intention was to draw the public's attention, but she was later reprimanded, including by Alex Azar, then-Health and Human Services Secretary.

The CDC did not hold any news briefings from March 9 to May 31, last year, as the pandemic was growing and despite repeated requests by the agency. The Washington Post noted.

Birx stated that Scott Atlas intended to modify the testing guidance when he arrived at the White House.

Trump often complained that U.S. statistics were poor because there were too many tests that revealed the high number of cases. He solved the problem by stopping testing.

Trump stated in June 2017 that he believed that if we stopped testing now, there would be very few cases if any.

Birx stated that Atlas caused changes in CDC testing recommendations 2 months later. These recommended that people with no visible symptoms be excluded, even if they were exposed to infected persons.

Birx stated that this document led to less testing and... less aggressive testing for those who didn't have symptoms, which I believe was the main reason for early community spread.

Birx stated that she believes the COVID-19 death rate could have been reduced to 40% if the Trump White House made better decisions.

Trump admitted to Bob Woodward, Washington Post journalist, that he knew COVID was "deadly stuff", but that he intentionally downplayed its risk to the public.

Trump said that he wanted to "always play it down" and Woodward reported it in his book "Rage."

Trump stated that there were 15 COVID-19 cases in the country as of February 2020 and that the number would soon drop to "nearly zero." He also said that the virus would "disappear" "like a miracle," and praised himself for doing a "pretty great job."

Since then, COVID has claimed the lives of 762,000 Americans.

Donald Trump, one year ago today: "And again, when you have 15 people, and the 15 within a couple of days is going to be down to close to zero, that's a pretty good job we've done...We're going very substantially down, not up." pic.twitter.com/Ax8vHY4OOG -- Josh Jordan (@NumbersMuncher) February 26, 2021

You can find more information about the House subcommittee investigation here in The Washington Post.

This article was originally published on HuffPost. It has since been updated.
birxtestingtellreleasedrepeatedlyteststoldwashingtonofficialscovid19probecriticalcovidwarningstrumphousewhite
2.2k Like

Trump said 'yeah, okay' and hung up the phone when his health secretary warned him about the coronavirus in January, a new book says

Trump claims 'very good experts' told him the coronavirus 'would never affect' the US, despite multiple officials publicly warning of an impending outbreak