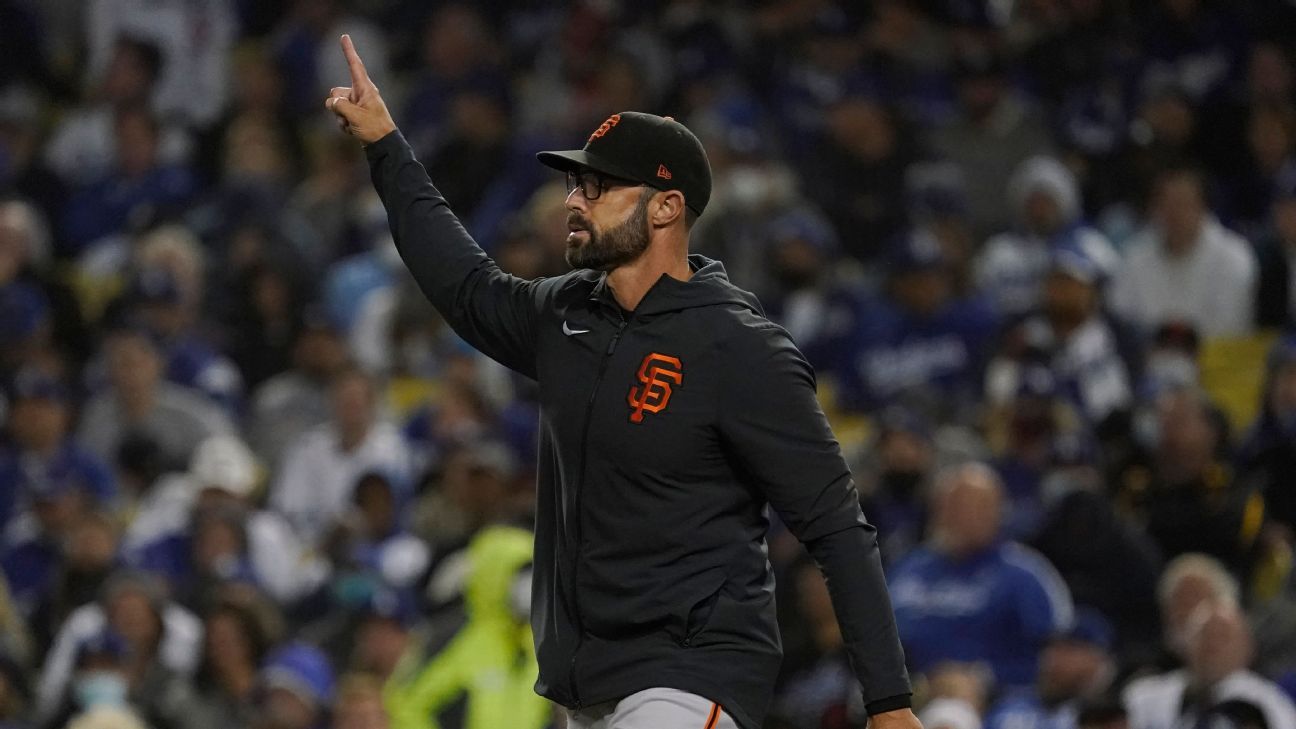 SAN FRANCISCO -- Giants manager Gabe Kapler was awarded a new contract following a record-setting season in which San Francisco won a franchise record 107 games and the NL West.
Friday's announcement of an extension will continue through the 2024 season. Kapler, 46, just finished his second season as manager.

San Francisco defeated the Dodgers in the final day of regular season. Los Angeles (106-win) was one game ahead. The Giants were eliminated by Los Angeles in thrilling five-game NL Division Series.

Farhan Zaidi, president of baseball operations, stated that Gabe "has done an extraordinary job as field manager over two seasons, and is a key contributor for our front office. The Giants organization takes great pride with his active engagement in the community." We wanted to ensure that our partnership continues to be stable and secure after a season where his leadership and work were so important. Today's announcement is a great joy.

Bruce Bochy was replaced by Bruce Kapler following the 2019 campaign. Kapler immediately took control of his own destiny and brought in a large staff of coaches to help him. San Francisco went 29-31 during the coronavirus-shortened 2020 season.

The Giants won the first division title since 2012, winning 107-55. This was a season in which the Dodgers and San Diego Padres were heavy favorites.

Kapler stated, "It is an honor to work with the San Francisco Giants. I am grateful for the chance to continue building on the work of these past two years." There is no place I would rather be and I'm excited to continue working with the whole organization.
kaplerextendseasongabekaplerscontractorganizationfranciscowonmanagerworkgiantsdivisionsannl2024
2.2k Like