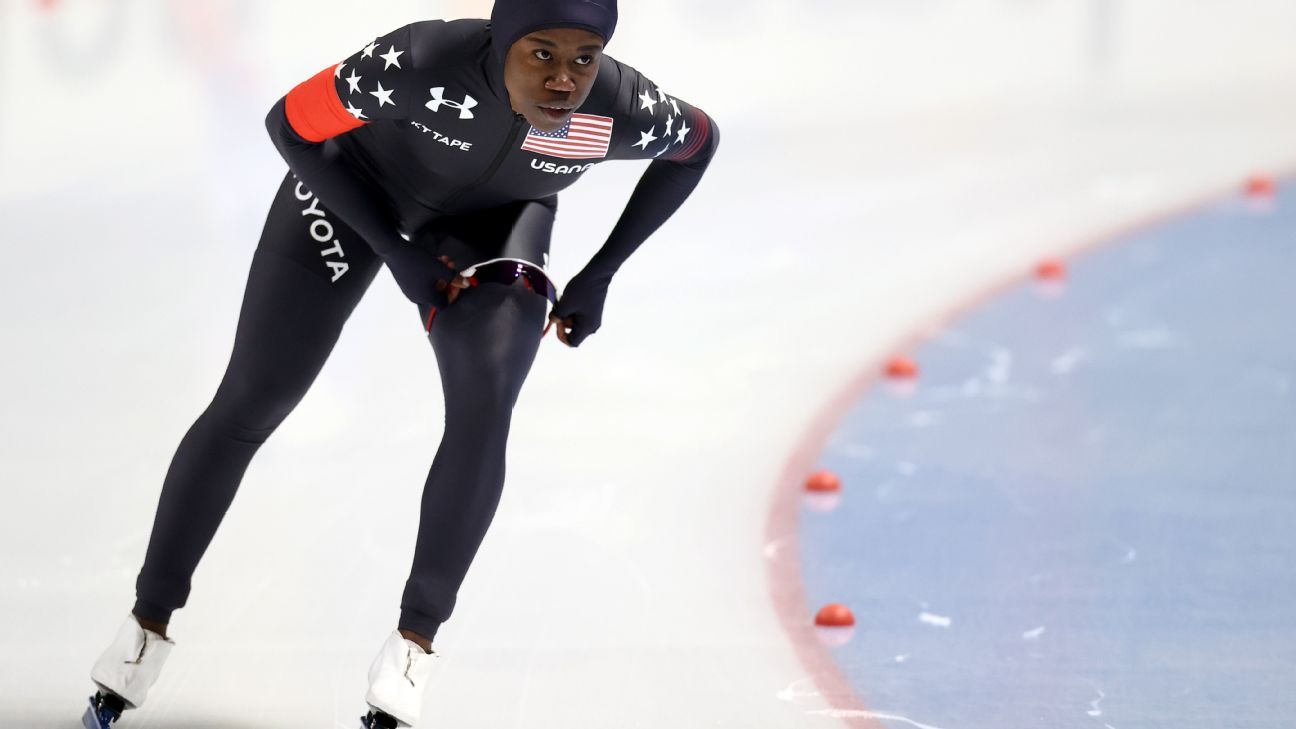 TOMASZOW MAZOWIECKI (Poland) -- Erin Jackson was the first Black American woman who won a World Cup speedkating race.
Friday's 500m race in Poland was won by her in 37.613 seconds. Nao Kodaira, the Japan Olympic champion, was 0.13 seconds further. All three world champions, Jackson excluded, were represented in the field.

Jackson was previously ninth in the World Cup.

In 2018, she became the first Black woman to be selected for the U.S. Olympic long track speedskating team, just four months after she began the sport. Jackson placed 24th in 500 at the Pyeongchang Olympics.

After inline skating and roller derby, she switched to ice skating.

After suffering an eye injury, multiple people around her contracted the coronavirus, and she was unable to compete in international skating competitions last season, the Ocala, Florida-based skater, 29, didn't qualify for this year's international championships.

Jackson's best times were in the 500-race pair in Salt Lake City last month, at a World Cup qualifying meeting. In both races, she defeated Brittany Bowe, a two-time Olympian.