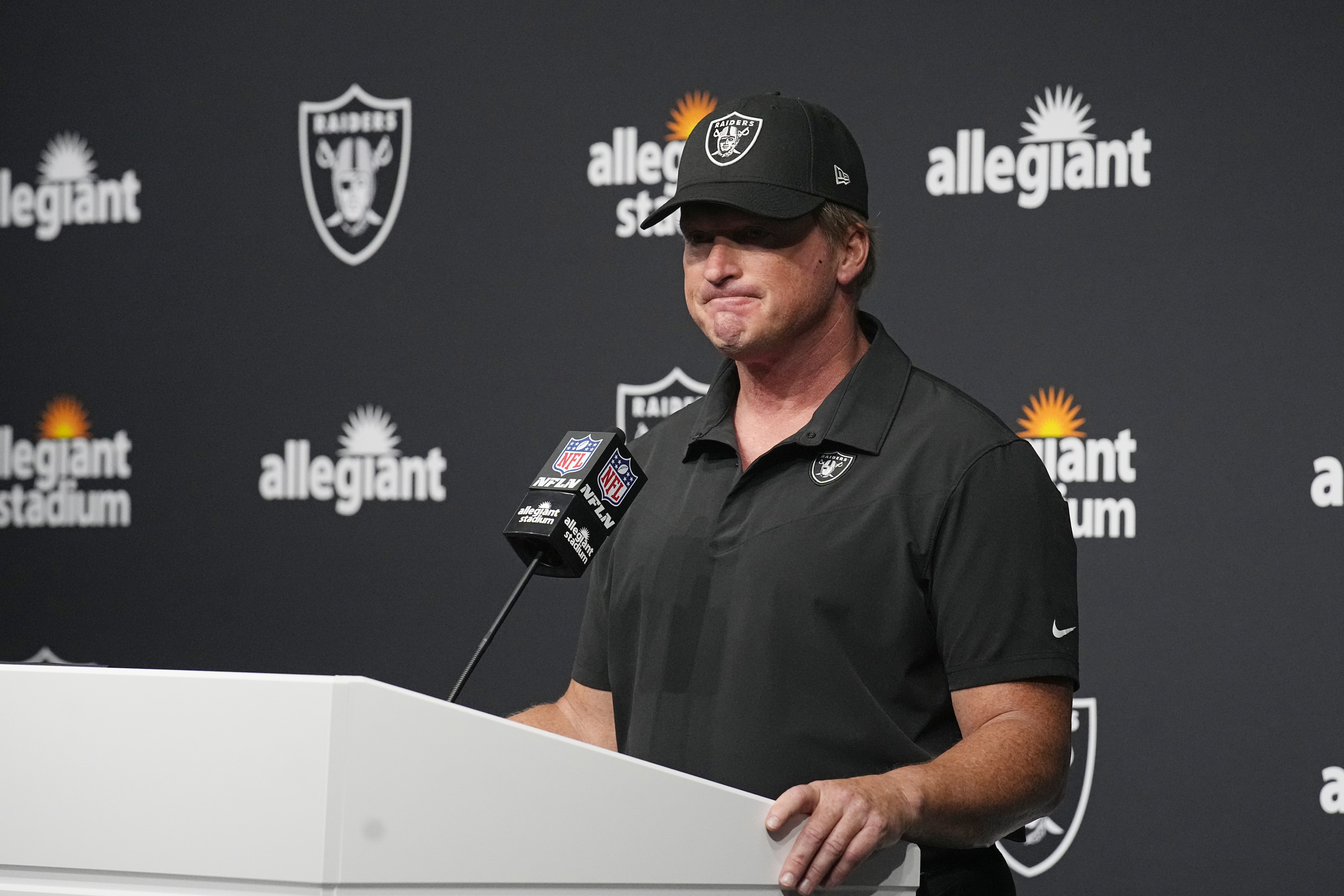 AP Photo/Rick Scuteri
Jon Gruden, former head coach of the Las Vegas Raiders, is suing Roger Goodell and the NFL for the circumstances that led to his resignation.

Brian McCarthy, a spokesperson for the NFL, stated that the suit was without merit and that the NFL would vigorously defend the allegations.

Andrew Beaton, Wall Street Journal, reported on Oct. 8 that Gruden used a racist trope in his description of DeMaurice Smith (executive director of the NFL Players Association), in an email he sent to Bruce Allen, then-president of the Washington Football Team.

Three days later, Ken Belson of The New York Times and Katherine Rosman from The New York Times published an email series by Gruden in which he "casually" unleashed homophobic and misogynistic language over many years to denigrate the people involved and mock some of the league’s significant changes.

Both reports include emails that were part of an investigation by the NFL into claims of toxic workplace culture surrounding the Washington Football Team.

Beaton pointed out Gruden's email was among the 650,000 reviewed by the league in the course of the investigation.

After its July review, the NFL fined Washington $10 Million.

Goodell refused to release the results of his investigation to the public despite being asked by reporters. He wanted to keep the anonymity of those who made the claims.

Charles Robinson, Yahoo Sports' lead attorney, stated that the league chose not to have Beth Wilkinson provide a written report on her findings in Washington. Instead, Goodell was given the opportunity to hear the news via oral reports and verbal findings.

ESPN's John Keim reports that attorneys representing several former Football Team employees wrote to Goodell asking for a written report. They also stated that they would not have participated in the investigation if they knew there was no written record.

On Oct. 21, the House Committee on Oversight and Reform stated that it was looking for information regarding the investigation and how the league handled it.