Invasion’s creepy alien reveal was worth the wait 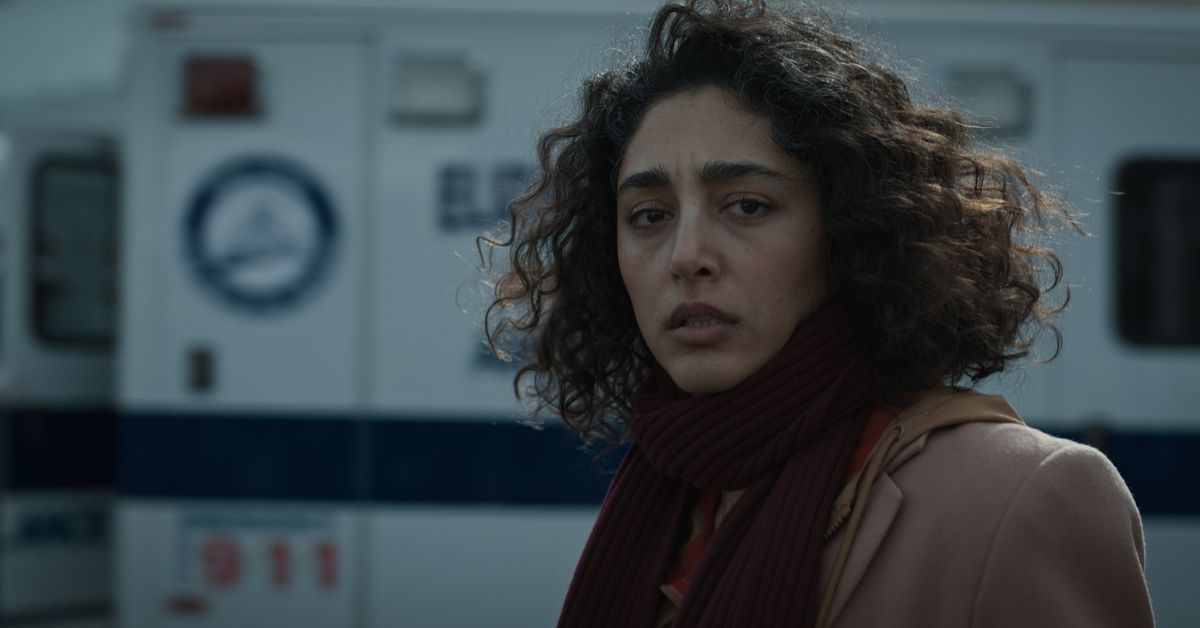 Half a season later, we are finally here: Invasion. When it launched in October, the Apple TV Plus series was slow to get off to a good start. The first few episodes featured tense character drama. They focused on a handful of characters from around the world, each dealing with their own personal problems in addition to the infamous attack on the planet. It was all very well, but there were not enough sci-fi elements to make it easy to miss. Until episode five, no one had ever heard the term "alien". Now that we are halfway through the season, this has changed. This episode shows off the evil aliens and has provided the show with the purpose it needed -- along some scares.
Invasion is best described as This is Us mixed with War of the Worlds. The show takes a large idea, that aliens are invading almost every part of the globe, and explores it through small stories. A mother learns about her unfaithful husband, an American soldier in Afghanistan and a bus carrying English teenagers crashes in the middle nowhere. These characters are not only dealing in their own misery but also with the beginning stages of the invasion. Nobody knows what's happening. There are many misplaced accusations about "the Russians" and unspecified terrorists, including power outages, strange objects falling from space, and occasional synchronized nosebleeds.

It's not aliens, viewers have known that since the beginning. It's in the title of show. The hints about the characters who will be living through the invasion were sparse, scattered, and confusing. Things are now becoming clearer. Episode five gave us a glimpse of how bizarre these invaders could be. Anesha, a doctor played by Golshifteh Farazani, notices a small, spiky blob while stitching up an elderly patient. It is gross and very dangerous. It appears alive.

This was only a small taste. After a short detour that began as a hunt to find food, but ended up being a short-term residency in a field hospital for a few days, Anesha returns home to the house she and her family have been staying in. She finds it abandoned and boarded up like something out of a zombie movie. But it isn't empty. There's something lurking. It is visible and heard in short, frightening flashes. Unexpectedly, the whole house will shake. In the background, giant spider-like legs move. You can see the entire creature at one point but only as a small reflection in a mirror.

The build up to Invasion is like everything else. It's slow and methodical. It works. It's almost like watching a horror movie. The monster is shown slowly and in all its terrifying glory. The reveal is amazing as the terrifying creature terrorizes the family while they try to escape. It is still a mystery and a menace, even though it is obvious. It only raises questions about how these black, spindly-shaped blobs coordinated a global attack on the planet and what they are trying to accomplish.

The slow-burn reveal was well worth it, I think. The aliens are not only scary and unexpected, but they also make almost every character's story more interesting. It felt like everyone was just trying to survive the end of the world, despite the many personal stories. There is now a purpose. This is especially true for Mitsuki Yamato, a Japanese space technician obsessed with finding out the truth about the invasion. The blobby space bugs have created a real threat to the plot. This is not just weird stuff happening, it's a bunch killer spiders who are sneaking around every city in the world for unknown reasons.

It was worth it to see the aliens. They do present a problem for Invasion, as the show must do it again. Although the first five episodes were slow, it paid off. We're only halfway through the story, so there's still a lot to do. Although the reveal was successful, the next test will be to see if the show can weave all its stories together into something that is satisfying.
alientheresspacecreepyrevealwaitepisodealiensworthinvasionsinvasionslowgoinginvaderscharacters
2.2k Like