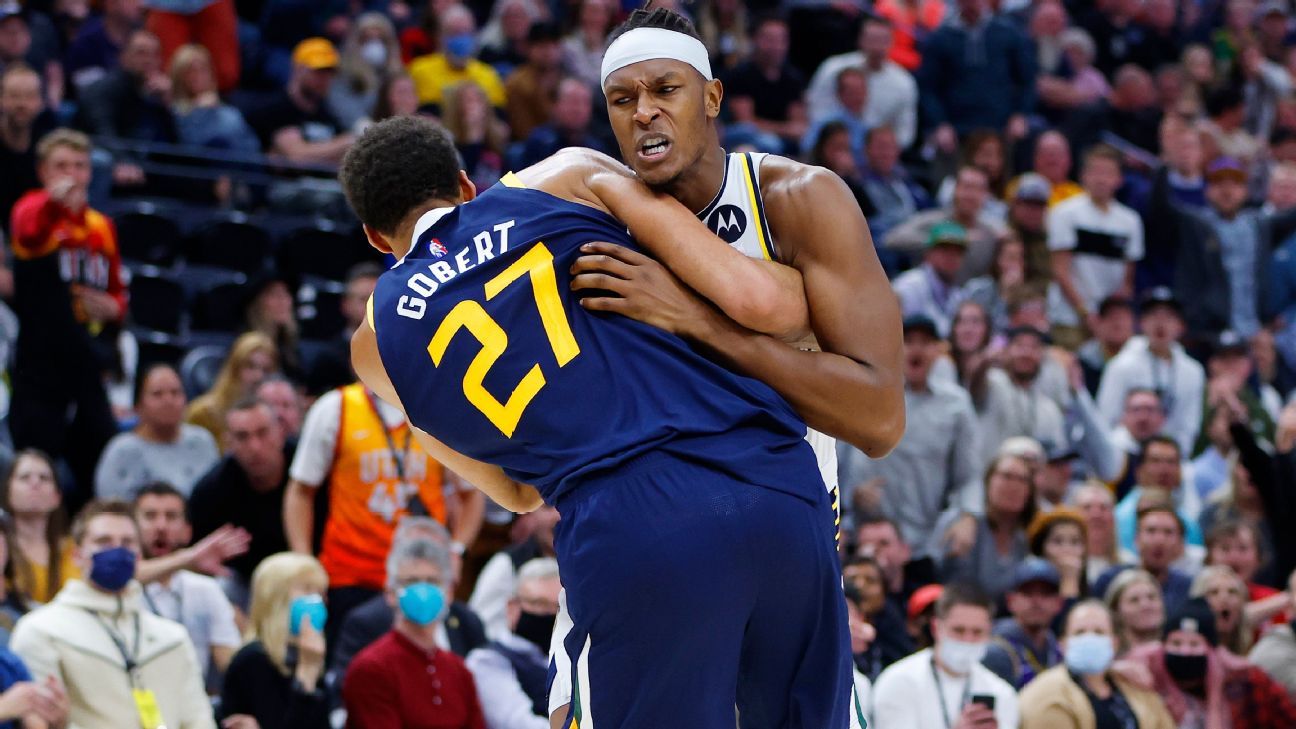 SALT LAKE CITY -- Rudy Gobert, Myles Turner and others got into a fight during the Indiana Pacers' 111-112 win over the Utah Jazz on Thursday night.
After Turner blocked Turner's shot at the rim, Gobert appeared to drag Turner to the ground. Turner responded by pushing Gobert in his back. This prompted the Jazz center team to bear hug Turner, and then wrestle him to the ground.

Joe Ingles and Donovan Mitchell joined the fray when members of both teams converged close to the Jazz bench. Ingles, Turner, Gobert, and Turner were all expelled.

Turner blamed Gobert for the fight, knocking him to the ground after the first play.

Turner stated, "I had to stand for myself in that circumstance." "I don’t believe I did anything wrong. That's not up to me. We'll speak to the league to see what happens."

Mitchell finished with 26 points, while Gobert scored 19 points and grabbed 11 rebounds. Mitchell blamed his frustration at the referees for allowing too many contact early in the game for the scuffle.

Mitchell stated, "The whole thing could have been avoided - just draw the line early as opposed to letting the game build up,"

Gobert stated that officials allow men to do too much ---", but noted that it wasn't a situation where he felt he had to punch.

Mitchell was quick to get the Jazz off to a good start, giving them an early boost. The Pacers led Utah by 42 points to 38 at halftime. However, Bojan Bogdanovic scored a layup that gave Utah a lead of 42 to 38. Indiana continued to score second-chance baskets, crashing the boards.

The Pacers ended the half with an 11-3 run, punctuated by back to back baskets from T.J. McConnell, and took a lead of 60-51.

Utah was unable to draw any closer than five points in quarter four and saw its hopes of a comeback crushed by the late-quarter ejections from Mitchell and Gobert. This was Utah's first loss at home this season.

This story used information from The Associated Press.
pacerstussleendsmitchellquarterturnerrudymylesimejectionsjazzpointsscufflescoredwingobert
2.2k Like