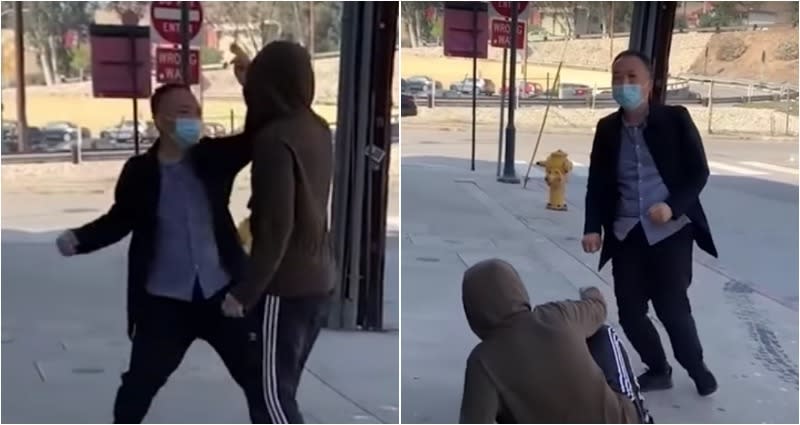 
China Daily reports that Zhou Pigai (a professor at Xiangtan University, Hunan) was a martial arts hero and he resisted an armed robbery on Nov. 1.

Pigai arrived in Los Angeles Oct. 31 for an academic visiting program at University of Southern California.

Pigai, who was looking for lodging in L.A.’s Chinatown area, was allegedly held hostage by a robber wearing black mask. He used martial arts to disarm the robber, and he fled. The robber continued to pursue Pigai and kept him at gunpoint when he stopped to examine his phone in order to assess any injuries.

Pigai gave his luggage over out of concern. An LAPD investigative report revealed that he had lost approximately $3,130 in personal belongings.

Already, police have filed a case to investigate. Zhou recorded the incident with locals to aid in the investigation and education on public safety. Later, the footage was shared online and became a trending topic on social media.

Since then, accommodations have been provided to Pigai by local Chinese organizations.

A representative of the university stated that "He is safe, and his moods are relatively calm."

U.S. May Spend "Up to $200K" to Study Coronavirus Discrimination against Chinese Americans

Maryland Businessman Convicted of Taking $1.5 MILLION in Bribes from Harvard to Get His Sons In