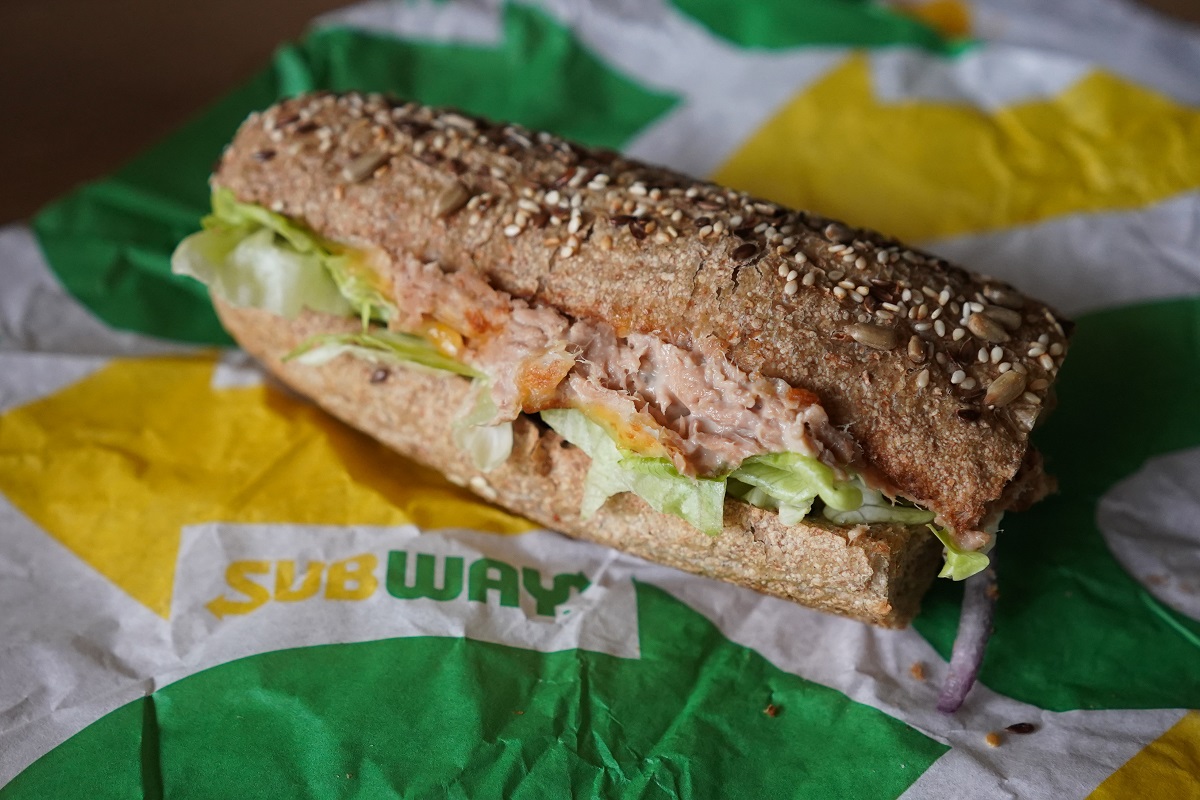 Did you remember when Subway sold tuna salad as a sandwich? A lawsuit claimed that DNA testing failed to detect tuna. This prompted a furious response from the CEO of the company.
Now, the suit is back. The Washington Post reports that the plaintiffs have made new, alarming claims about the genetic content of the tuna alleged to contain.

The suit described the putative fish material initially as "a mixture of different concoctions which do not constitute tuna but have been combined by defendants to imitate tuna".

WaPo now reports that they have amended their suit to include more detail. They claim that they collected tuna samples at 20 Subway locations in Southern California and then sent them to Barber Lab at UCLA's Department of Ecology and Evolutionary Biology.

According to the suit, these tests did not yield any confidence. One of the 20 samples did not contain any tuna DNA. All 20 had chicken DNA. 11 contained pork DNA. Seven more showed the presence of beef.

WaPo points out that this would not be just vaguely disgusting, it would also mean that many customers had inadvertently run afoul dietary restrictions that range from religious guidelines to pescatarianism. This would be a huge ethical blunder by Subway.

Subway continues to object strenuously to these claims.

Subway's attorney Mark Goodman stated in an email to WaPo that "the plaintiffs' latest attempt at claiming a claim against Subway was just as meritless than their previous attempts." These claims are false and will be proved to be totally meritless if it gets beyond the pleading stage.

Goodman called the suit's claims "fatally vague" as well as "based on flawed testing, misstate the content of Subway tuna sandwiches and salads, and other similar claims."

The spokesperson stated that Subway tuna was real and is strictly regulated by the FDA of the US and other government entities worldwide.