‘We are not on course’: scientists warn action must match words at Cop26 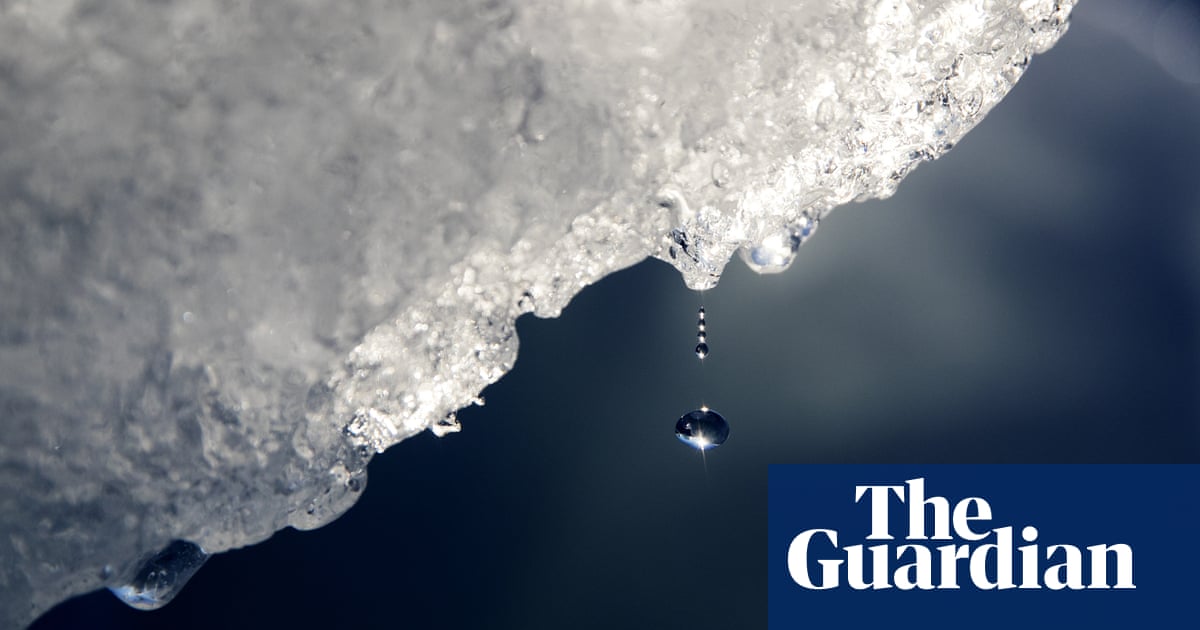 Cop26 scientists have issued a stark warning to policymakers: don't delay! Every extra degree of global warming will lead to dire consequences.
This message was reinforced at Glasgow by reports, forums, and discussions. However, those who channel science to world leaders are frustrated that words don't match actions.

Peter Stott is a Met Office climate scientist from the Hadley Centre. He has been attending Cops every year since 1998 and said that he was slightly more optimistic than before the Glasgow summit. "I feel mixed emotions. He said that while I was relieved that things are moving, I am still concerned about the speed. "The scientific message that we have been discussing for over 25 years is now being implemented. This is a vindication. It is possible that we are beginning to make progress. However, I feel an overwhelming anxiety that I have never felt before. I would like to see policymakers move forward. We must reduce emissions quickly in the next two-years.

He stated that the success or failure to this Cop would not depend on speeches and targets, but geophysics. We will be able to determine if Glasgow had any effect by measuring carbon dioxide levels in the atmosphere. Scientists are searching for this. It is now widely recognized that these concentrations must decrease. Science has thus accomplished its primary task.

05:18 - Why the world is heating up and how you can help – video explanation

The risks are being highlighted by new studies. The Hadley Centre published a report this week indicating that 1 billion people are at risk of extreme heat exposure should global warming reach 2C.

Katharine Hayhoe is the chief scientist of The Nature Conservancy. She believes humanity is closer to an collective epiphany. This "oh shit moment" when people realize climate impacts pose a greater threat than the solutions. Decarbonisation can be increased to the required scale to support a Manhattan Project and a moon race.

She said, "I don’t believe we have reached there yet, but it’s building." "I believe leaders are paying attention to what's already happening in the world. Climate change was not something you could experience 15 years ago if you were on a low-lying island or up in the Arctic. Today, we see the effects everywhere we go and governments are taking action." It is also becoming more obvious how much it costs. In 1980, US insurance companies had to cover $1bn for every three months. Hayhoe claims that it now happens every two and a quarter weeks.

Samantha Burgess is the Copernicus Climate Service's deputy director. She said that EU satellites are increasingly monitoring extreme weather events, record fires and temperatures. We have overwhelming evidence to show that inaction is more costly than action.

Burgess stated that she felt a bit more optimistic about reaching the 1.5C target than at the beginning of the conference because the direction of travel was clearer. "I believe the motivation of all my interactions is very high in transition to a net-zero future." However, she cautioned against putting too much trust in long-distance goals. She said that there is a huge difference between policies drafted and policies implemented. "Currently, we are not on track for 1.5C. We need more political ambition to make the pledges that we will align ourselves with the scientific evidence.

It is still being debated how much Cop will make a difference. The International Energy Agency stated last week that the Glasgow promises could help the world limit global warming to 1.8C by the year 2000, provided each country fulfills its long-term net zero commitments. Climate Action Tracker, the most respected coalition for climate analysis, reaffirmed this optimism. It showed how short-term goals could push global warming to at least 2.5C.

The most vulnerable countries are currently battling big emitters to keep the 1.5C target. This is the most ambitious goal in the Paris Agreement. Glasgow will most likely fall short of its goal. Cop26 must keep this possibility alive by making as much progress and using a stronger ratchet mechanism for the future.

Stott believes 1.5C is difficult, but worth the effort. It's likely to be nearly impossible to keep below 1.5C completely. There may be a way to briefly rise above 1.5C, then drop back down. The stakes are so great that even if we do get there, it would still be a huge prize."

Ed Hawkins of the University of Reading's National Centre for Atmospheric Science agreed that it is important to fight for every degree. Every tonne CO 2 matters. He said that every bit of warming is important. There is a clear focus on 1.5C and 2C, but there's no cliff edge. It's a slope that we are sliding down. The sooner we can get off the slope, the better the consequences.

Hawkins is responsible for the "climate warming stripes" which can be seen on Glasgow's walls, pavements and scarfs. Although he is encouraged by the announcements last week on reducing methane and coal, and deforestation he still wants policymakers to take action faster. "Every tree that is cut down and burnt ends up in our atmosphere. The goal to eliminate deforestation by 2030 is a good start, but there's still a decade of deforestation. It would be useful if we could take action.

He stated that warming would stop when the world has net zero carbon. But emissions were moving in the wrong direction. The concentration of CO2 in the atmosphere has risen from 352 to 409 parts per million since 1988's IPCC meeting. It continues to climb.

"Over the last 30 years, the physical science explaining the dangers of our interference in the climate system has been ever clearer. He said that our ability to solve the problem appears to have remained largely unchanged. Climate change must be part of every day conversations. This will encourage small actions and motivate politicians when they see that these actions are popular.
scienceaction15ccourseclimatewordsthinkmatchzerocop26targetglasgowwarmingscientistworldwarnscientists
2.2k Like