Humans are guilty of breaking an oceanic law of nature: study 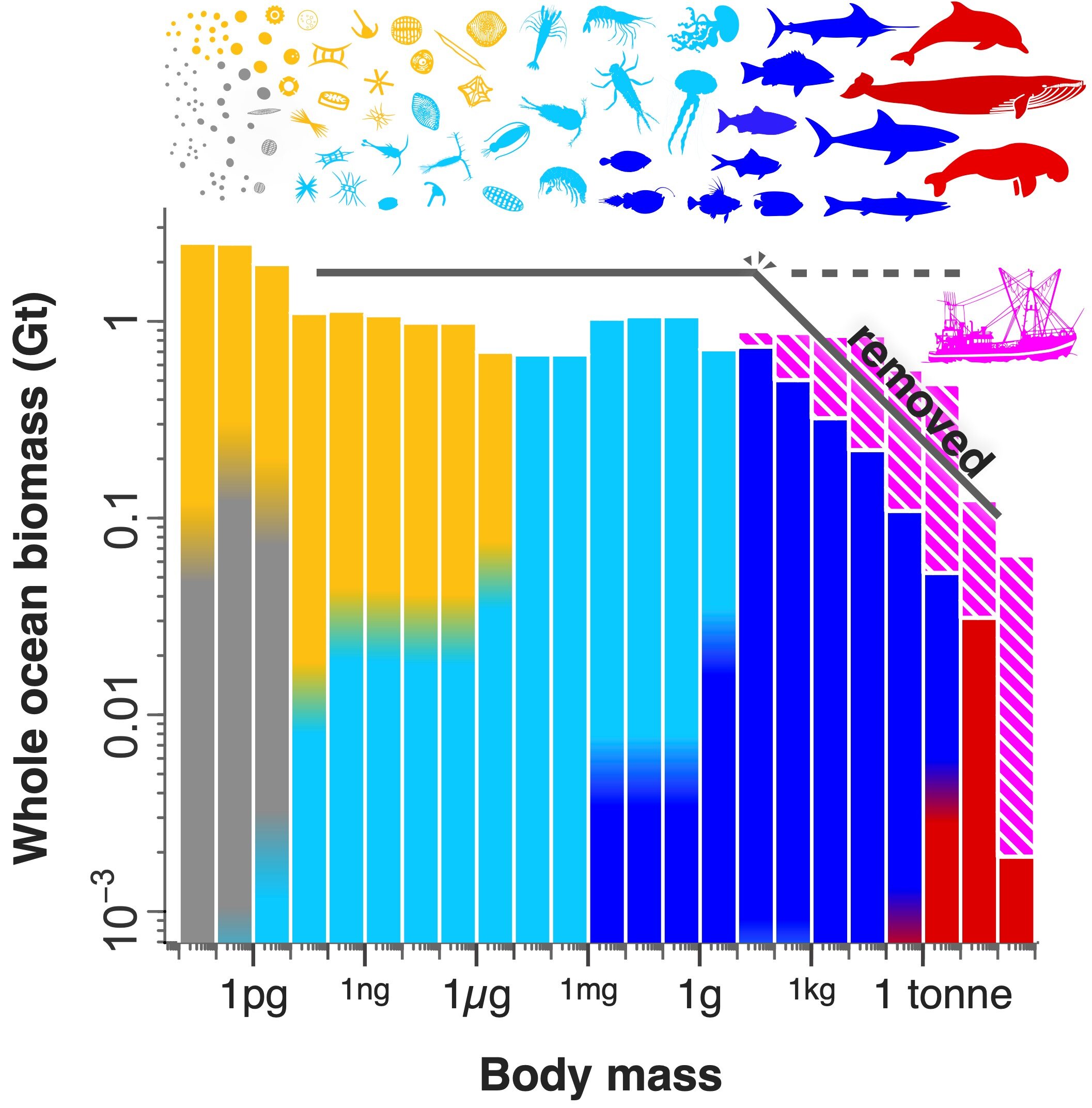 Credit: Ian Hatton and Eric Galbraith, et al.
The Institute of Environmental Science and Technology of Universitat Autonoma de Barcelona (ICTA) recently conducted an international study that examined the distribution of biomass in all forms of life, including bacteria and whales. The quantification of human impacts reveals a profound alteration to one the most important patterns in life.

Policymakers gather in Glasgow to attend the UN Climate Change Conference. There is a growing awareness that human effects on the environment are becoming more urgent and global. But, it has been difficult to gain a quantitative perspective on these effects.

Researchers from the ICTA in Spain, the Max Planck Institute for Mathematics in the Sciences in Germany and the Queensland University of Technology in Australia have used large meta-analyses and ocean observation to demonstrate that human impacts have had significant consequences for larger oceanic species. This pattern encompasses the entire ocean's biodiversity from bacteria to whales.

Researchers hypothesized that approximately equal amounts of marine plankton biomass existed at all sizes in early samples of marine plankton biomass collected 50 years ago. Although bacteria is 23 orders of magnitude smaller that a blue whale, it is also 23 orders more abundant. Even though this size-spectrum hypothesis was never tested globally, it has remained unchallenged. This study was published in Science Advances. It sought to validate this hypothesis at a global scale. The authors used historical reconstructions of marine ecosystem models and marine ecosystem models (pre-1850) to estimate biomass and then compared that data with the current-day.

"One of the greatest challenges in comparing organisms spanning bacteria and whales is the immense differences in scale," recalls Dr. Ian Hatton (ICTA researcher, lead author), currently based at the Max Planck Institute for Mathematics in the Sciences. Their masses are equal to the ratio between a human being or the entire Earth. From more than 200,000 global water samples, we estimated organisms at one end of the scale. However, larger marine life required entirely different methods.

They focused on 12 major aquatic life groups spread over approximately 33,000 grid points. The original hypothesis was largely confirmed by the evaluation of the pre-industrial ocean conditions (pre-1850).

"We were stunned to see that every order of magnitude class contained approximately 1 gigaton biomass globally," comments Dr. Eric Galbraith, co-author of the ICTA/UAB and a current McGill University professor. He was quick to point out that there were exceptions in both extremes. Although bacteria is over-represented in colder, darker regions of the oceans, large whales are rare and highlight exceptions to the original hypothesis.

An examination of the current spectrum revealed that humans have had a significant impact on ocean biomass. This contrasts with the even distribution of biomass in the pre-1850 ocean. Although fishing and whaling account for less that 3 percent of human food intake, they have a devastating impact on the biomass spectrum. Large fish and marine mammals like dolphins have seen a biomass reduction of 2 Gt (60%), while the largest whales saw their biomass decrease by almost 90%. These losses are already greater than potential biomass losses, even in extreme climate change scenarios, according to the authors.

"Humans have had a greater impact on the ocean than just capturing fish. Ryan Heneghan, an ICTA researcher and coauthor, says that it seems we have broken the size spectrum - one of the largest power laws distributions in nature." These findings provide a quantitative view of the extent to which human activities have affected life on a global scale.