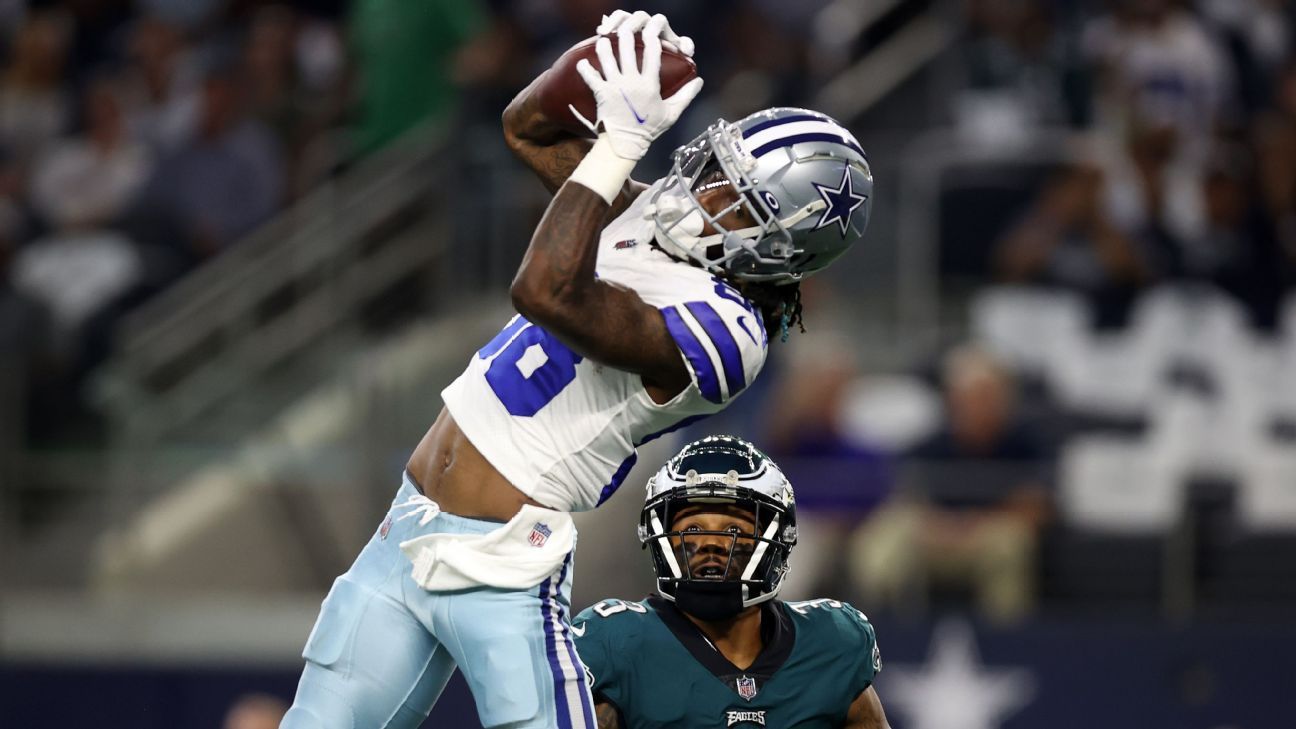 Adam Schefter provides some insight into the NFL's fines for Cowboys WR CeeDee lamb this season, which totaled almost $50,000. (0:49).
FRISCO (Texas) -- CeeDee Lamb, a wide receiver for the Dallas Cowboys, was fined almost $50,000 for his uniform violations and wave following his touchdown win against the New England Patriots. Aaron Rodgers, a Green Bay Packers quarterback, was only fined $14,650 for violating NFL's COVID-19 protocols.

"Annoy me?" Nah. Confuse me a lot? Lamb agreed. "I don't get why I am always fined for some reason. Untucked jersey. "I don't know."

Lamb was fined $5150 and $15450 respectively for not having his jersey tucked during the Sept. 27 match against the Philadelphia Eagles. Untucked jerseys will be punished with a $46,350 penalty.

Lamb stated, "Like I don't really know what I should do honestly." "I know I'm more aware of it. I had to pull my jersey down after a tackle. It's like that. It's bizarre. It's quite strange, especially considering that the next time my jersey is untucked, I was fined $50,000. It's quite strange.

Lamb stated that he doesn't wear his uniform differently than he did as a rookie last year and that he wasn't fined. Lamb said that he has not been fined for the past two games, and that he will speak with the uniform inspector prior to games.

Lamb stated, "Long story is short, I'm going make sure every single game now that it's fine before the game."

CeeDee Lamb, Cowboys receiver, was fined $5150 for not having his jersey tucked during Sept. 27 against the Eagles, and $15,450 the following week for the same offense against the Panthers. Tom Pennington/Getty Images

Amari Cooper, a teammate, first mentioned Lamb's fines at 105.3 The Fan in Dallas. He said that Lamb must not like money.

Lamb stated, "I would also say that, just considering all that money I have been giving up at the time, six games in a row and six weeks in succession, getting constantly fined." "I would probably think the same thing but I love money." I like money, for those who don't know.

Lamb was also shocked that Harrison Smith, Minnesota Vikings safety, was not penalized for choking him during the Cowboys' win at Minnesota on Oct. 31.

"Yes, considering that I was fined, what was it for, waving?" Lamb added, "Then I got choked on the sideline, and the ref said that his thumb was stuck inside my helmet...that's absurd." ... It feels like being choked. "I was being choked."
jerseyknowimuniformweirdreceiverceedeeconfusedfineshesnflscowboysfineduntuckedgamelambdallasdont
2.2k Like